Another Vigorous to strike in BGLC Trophy 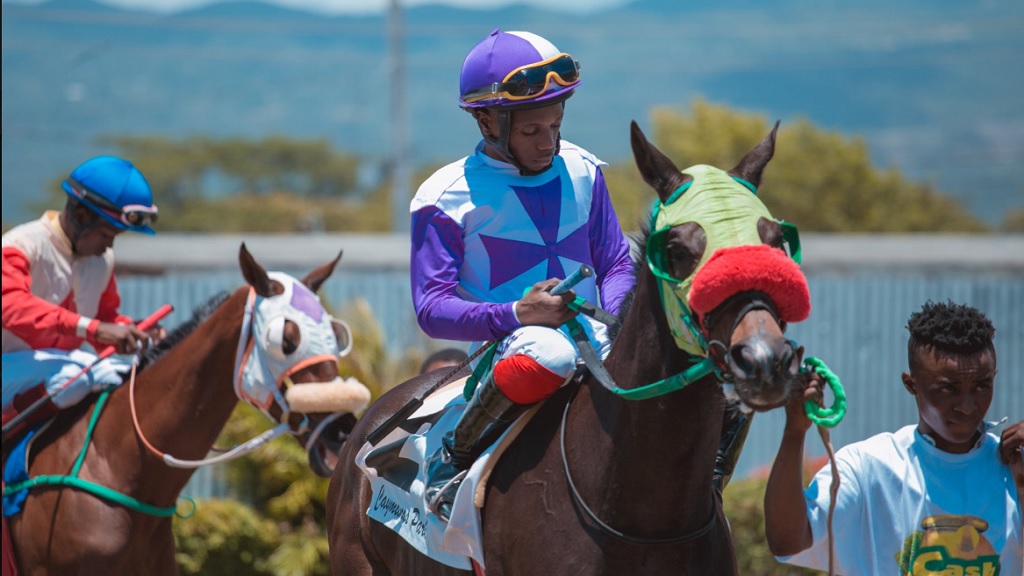 CHACE THE GREAT, PATRIARCH and ANOTHER VIGOROUS renew rivalry in Thursday’s Betting, Gaming and Lotteries Commission (BGLC)Trophy on Emancipation Day at Caymanas Park, the opening meet of a three-day holiday carnival, completed by Saturday racing and next Tuesday’s Independence Day programme.

Beaten by 25-1 upsetter, EXHILARATE, two and a half weeks ago at five furlongs straight, CHACE THE GREAT, PATRIARCH and ANOTHER VIGOROUS return on the round course, going five and a half furlongs, aiming to make amends.

CHACE THE GREAT, last November’s Caribbean Sprint champion, surprisingly finished fourth behind EXHILARATE after showing blinding speed in April’s six-furlong Lady Geeta Trophy when he outsped SHE’S A MANEATER and WILL IN CHARGE, finishing second to ANOTHER BULLET.

However, the round course could make a difference for CHACE THE GREAT, PATRIARCH and ANOTHER VIGOROUS, all of whom who have shown a preference for the backstretch.

ANOTHER VIGOROUS, the mount of Saturday’s Triple Crown-winning jockey, Shane Ellis, has looked sharp at exercise, clocking 1:07.1 for five and a half furlongs. He ran a cracker at five furlongs round on May 25, posting 58.3 to beat imported HILLY’S HALO and PATRIARCH.

The Betting, Gaming and Lotteries Commission Trophy is the fifth of 10 races scheduled and should run off at 2:55 p.m. First post is 12:40 p.m.