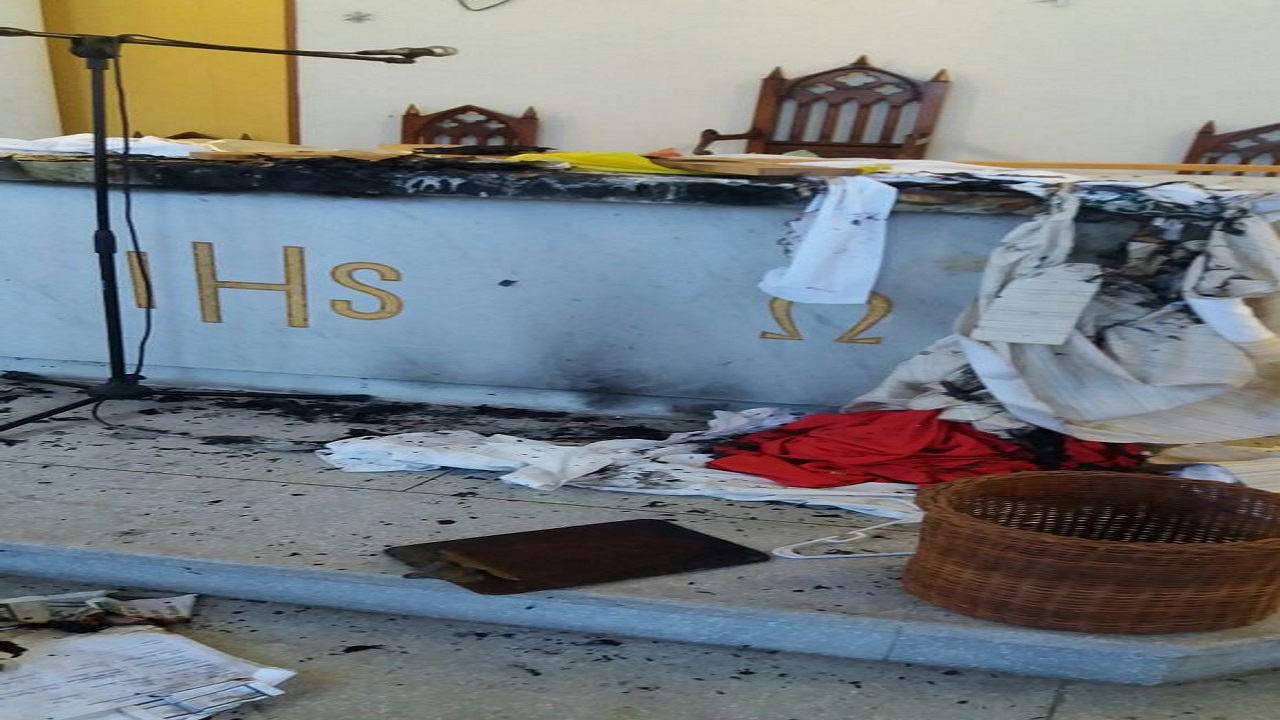 For the second time in just over a month, the Sts Peter and Paul Church has been gutted by fire in a suspected arson attack.

Reports are that at around midnight on Wednesday, an intruder entered the church and vandalised the building, before setting fire to some sections.

"The building was vandalized and selected sections of the interior, including the pulpit, set on fire. Security personnel, employed by the church, extinguished the fire and the police were summoned," the church said in a news release, adding that "This attack has resulted in severe damage to the interior of the church."

The incident is being investigated by the Matilda’s Corner police.

On September 17, there was another suspected case of arson at the church. Reports then were that a religious leader was asleep in his quarters at the church when he was awaken by a security personnel that a section of the church was on fire.