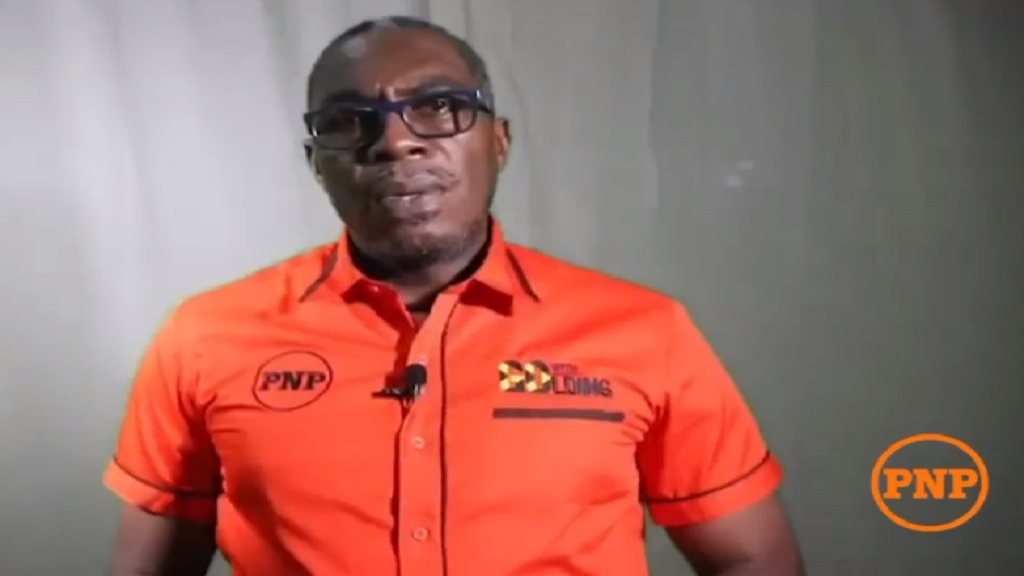 Lambert Weir, Councillor for the Claremont Division in South East St Ann, on Tuesday appealed to the party's delegates islandwide to support Golding in his bid to become PNP president.

The endorsement by Weir came as no surprise, as he has had a strained relationship with Hanna who is also vying to become PNP president on November 7.

In a one-minute video on Tuesday, Weir said he believed that Golding can unite the party, adding that the presidential aspirant was a man of integrity.

"Mark is somebody who can get people together, and I think Mark is the best person who can unite this party.

"So I would want to say to all the delegates islandwide, let us all rally around and support Comrade Golding to be the next leader of the People's National Party," the councillor continued.

In response to the endorsement, Golding he was "happy" for the support as his team gets South East St Ann ready to "Go with Golding", the slogan of his presidential campaign.

"Cde (Comrade) Weir thank you for deciding to #GoWithGolding. We couldn’t be more happy for your support as we get South East St Ann ready to #GoWithGolding on November 7th!," Golding said in the post to his social media channels.

Weir's backing of Golding follows that of Lydia Richards, the Councillor of the Bensonton Division in South East St Ann who has long had a bitter relationship with the beauty queen winner turned parliamentarian.

In mid-2015, Richards unsuccessfully challenged Hanna for the right to represent the PNP in the 2016 General Elections. She was supported by Weir and Lloyd Garrick, the then Councillor of the Moneague Division in South East St Ann.

Hanna went on to win the 2016 elections, but the tensions with the three councillors continued, with complaints that Hanna has been uncooperative and divisive, which Hanna has vehemently denied.

 The infighting worsened in the run-up to the 2016 Local Government Elections, as two former members of Hanna's constituency organisation, Vernon Williams and Anthony Simpson, resigned their posts to run as independent candidates, initially labelling themselves as ‘independent PNP’.

That decision cost the PNP votes, but more crucially in the Moneague Division, as Garrick, the then sitting PNP Councillor, lost the division to the Jamaica Labour Party's (JLP's) Anthony Kelly. The independent candidate, Williams, grabbed crucial votes, cementing the PNP's loss of the division.

Of note, Richards, Garrick and Weir have all been replaced by new PNP candidates for the upcoming Local Government Elections, which are constitutionally due in November of this year.

Hanna's hold on the PNP stronghold of South East St Ann has waned so much that she won by a margin of only 31 votes at the end of a magisterial recount following the September 3 General Elections.  The recount was requested by Jamaica JLP candidate, Delroy Granston.

Despite the small margin of victory, Hanna said she has been active with her councillor/candidates in the constituency.

"The people of SESA (South East St Ann) and I are committed to working together in building bridges and improving our foundation. This I believe may serve as a catalyst in improving and transforming the party, as I must lead by example," she asserted in a release late last month.

Hanna, who was officially nominated as a candidate for PNP president, is being backed by three vice-presidents of the party. They are Mikael Phillips, Phillip Paulwell, and Wykeham McNeill.

McNeill revealed his support of Hanna on Monday.