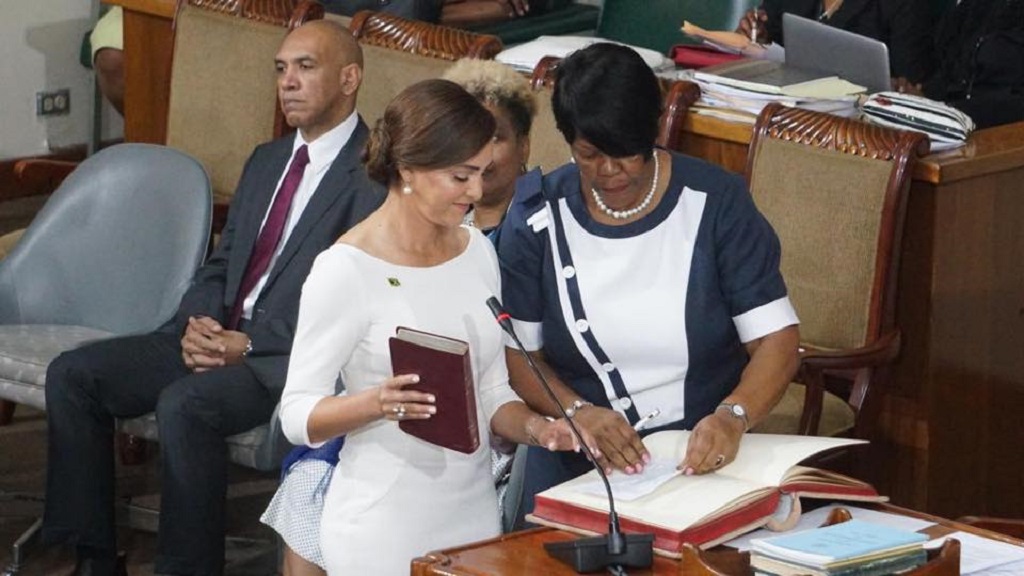 The Jamaica Labour Party’s (JLP) Ann-Marie Theresa Vaz was on Tuesday afternoon sworn in as the newest Member of Parliament in the 63-seat legislature.

Vaz, wearing a cream-coloured dress, took the Oath of Office at approximately 2:33 pm to resounding applause and desk-thumping from Members of Parliament on the government benches.

In attendance were some of Mrs Vaz’s five children, her husband Daryl Vaz, who is the three-term Member of Parliament for the neighbouring West Portland constituency and her 99-year-old grandmother, Eva May Wright. 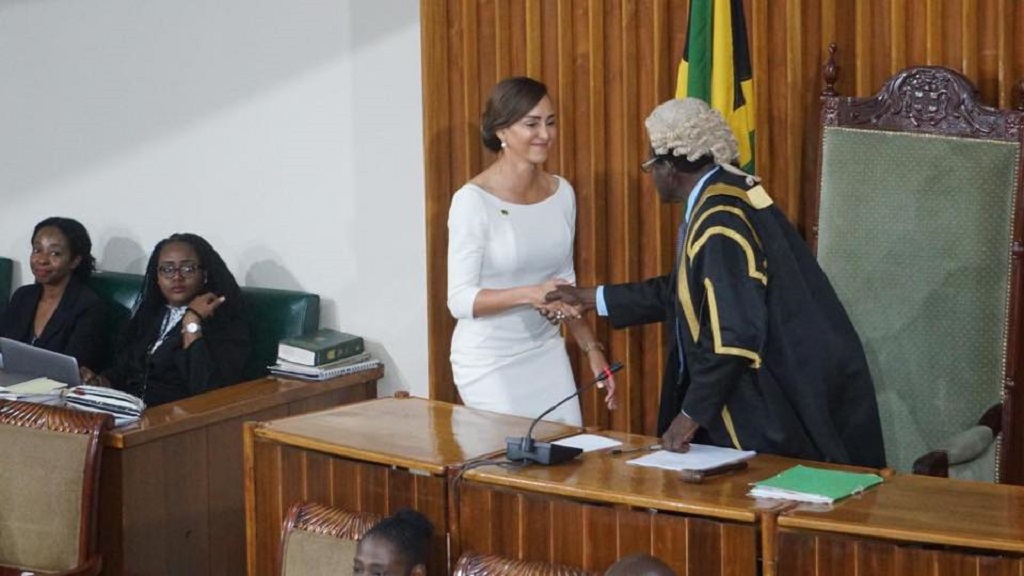 Vaz enters Gordon House on the back of her 319-vote win over the People’s National Party’s (PNP) Damion Crawford in the closely contested by-election on April 4 to fill the vacant East Portland seat. The vacancy arose following the February 2 murder of the sitting MP, the PNP’s Dr Lynvale Bloomfield.

Vaz will now represent the people of East Portland in what was traditionally a safe PNP seat. She brings to a record 12, the number of women now serving in the House of Representatives. Eight of these women serve on the government side and four on the Opposition benches.

Following her swearing-in, Vaz received handshakes and hugs from both government and Opposition MPs, and exuberant supporters in the visitors’ gallery shouted “shower, shower,” the popular JLP greeting. This forced House Speaker Pearnel Charles to remind visitors that they were not allowed to openly participate in the proceedings.

With Vaz’s entry to Gordon House, there are now 34 government MPs while the Opposition has slipped from 31 to 29.

Crawford headed back to the Senate