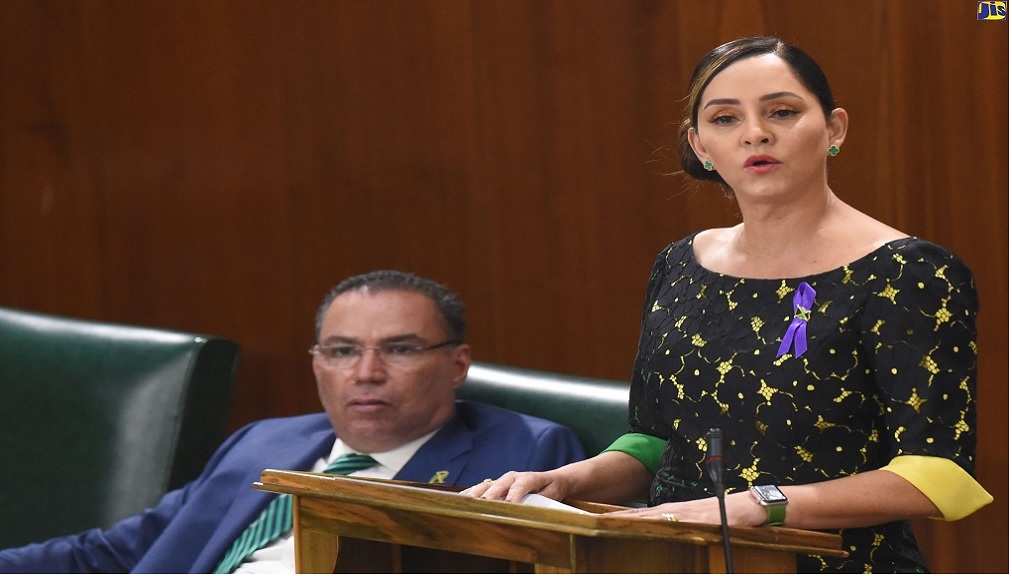 Member of Parliament for East Portland, Ann-Marie Vaz speaks in parliament. Her husband, Daryl Vaz, is seated behind her. (Photo: JIS)

Like her husband Daryl, the Member of Parliament for East Portland, Ann-Marie Vaz has had her United States' diplomatic visa cancelled.

This has been confirmed in the media by Daryl Vaz, Minister without portfolio in the Ministry of Economic Growth and Job Creation.

Not only has the diplomatic visa of Mrs Vaz been revoked, her application for a visitor’s visa, which had expired, was denied last week Thursday by the embassy.

The development follows on the heels of the announcement by Minister Vaz last month that his US diplomatic visa was revoked. He was advised by the embassy that subsequent to the issuance of the visa, it had received information that he may be ineligible.

As the wife of a Government minister, Mrs Vaz qualified for a diplomatic visa.

At the time of announcing that his visa was revoked last month, Vaz said he would have been following up with the US Embassy to ascertain why it was cancelled. He also stated that if he were unable to carry out his functions as a minister, he would resign from the Cabinet.

When the visa of former Energy and Mining Minister James Robertson was revoked by the US Embassy in May, 2011, the visa of his wife, Charlene, was also cancelled.

Ann-Marie Vaz’ grandmother Eva May Wright passes on at 99