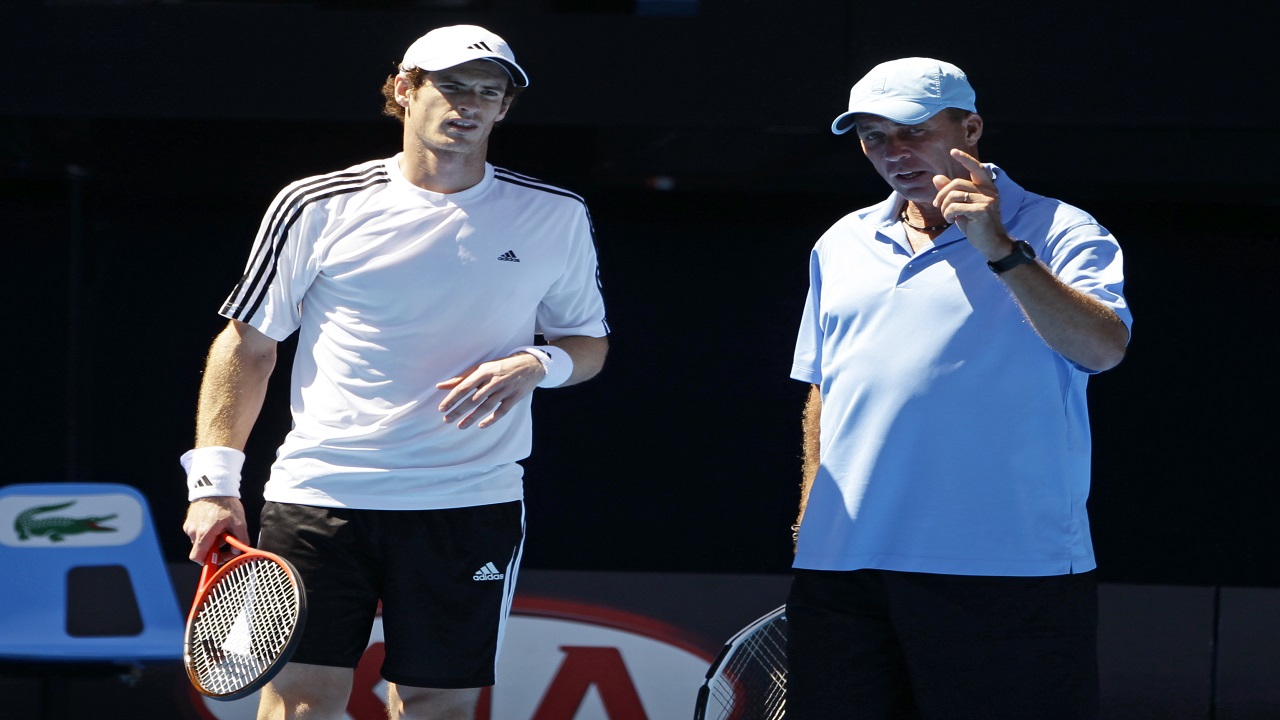 in this Jan. 15, 2012 file photo, Andy Murray of Britain, left, talks with coach Ivan Lendl during a practice session for the Australian Open tennis championship, in Melbourne, Australia.

Murray announced Friday on his website that he and Lendl "have mutually agreed to end their coaching relationship."

All of Murray's greatest triumphs as a tennis player have come with Lendl guiding him as his coach. That includes, most famously, the Scotsman's 2013 title at Wimbledon, which made him the first British man in 77 years to win the singles championship at the All England Club.

Before that, Lendl helped Murray win the 2012 U.S. Open and the gold medal at the London Olympics earlier that year. Then they split in 2014, before reuniting last year, about a month before Murray won his second Wimbledon trophy.

Murray also reached No. 1 in the ATP rankings while working with Lendl, getting to that spot for the first time in November 2016.

"I'm thankful to Ivan for all his help and guidance over the years," Murray said in the statement on his site. "We've had great success and learned a lot as a team."

Lendl, who won eight major titles from 1984 to 1990, and Murray were at the forefront of a trend of players hiring former stars of the sport as coaches.

Murray yielded the No. 1 ranking to Rafael Nadal this August, shortly before saying he would miss the rest of the 2017 season because of a hip injury.

It turned out his last match of the year came on July 12 at Wimbledon, where his title defense ended with a five-set quarterfinal loss to Sam Querrey.

Murray intends to be ready for the start of next season in January, when the Australian Open is played, saying Friday: "My focus now is on getting ready for Australia with the team I have in place and getting back to competing."

He plans to enter a tournament in Brisbane, Australia, to prepare for the year's first Grand Slam tournament. Before that, he will train in Miami, as usual.

Lendl will continue to work with the U.S. Tennis Association's player development program.

"I wish Andy well going forward," Lendl said. "We had a great run and a lot of fun."

Murray comes from behind to sink inconsistent Nishikori