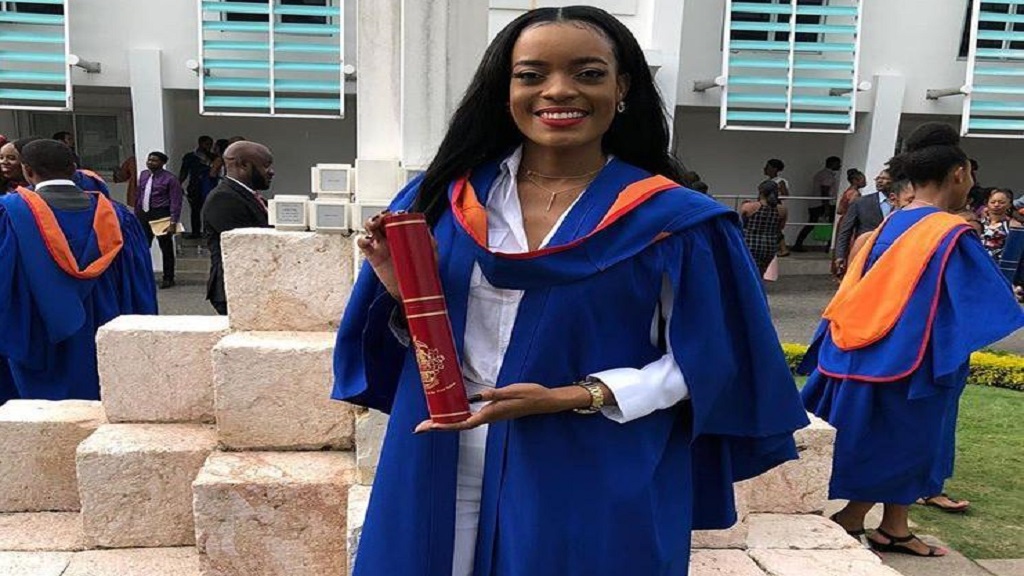 Officials from Andrews Memorial Hospital Limited have drafted a statement with their outline of what happened to the pregnant mother who late last week presented to the hospital for the delivery of her baby as arranged, but was later transferred to another health facility and subsequently died.

The statement from the hospital indicated that the patient, 23-year-old university graduate, Jodian Fearon, was admitted at the facility but was later transferred because she began to show COVID-19-like symptoms.

As a result of the symptoms that the patient was showing, she was subsequently removed to another hospital, but the statement indicated that efforts were made prior to the transfer for her to be admitted to one of two major health facilities in the Corporate Area.

She was not accepted, the statement went on to indicate.

Below is the statement from Andrew Memorial Hospital:

“There have been recent reports in the media about a patient who initially presented to the Andrews Memorial Hospital (AMH) with symptoms of labour and who, while admitted to the hospital, started to show symptoms of the COVID-19 virus,” the statement from Andrew Memorial outlined.

“AMH understands that the patient, who was subsequently transferred to another hospital, died after giving birth to her child. AMH wishes to express our deepest sympathies to the patient’s family and friends, and wishes the best for the health of the new-born (baby).

“We respect the family’s privacy during this difficult time, and will only give a brief statement to clarify the role of AMH, which is being debated in the media,” the statement outline.

“On Thursday, April 23, 2020, AMH admitted a maternity patient from one of our obstetricians with practicing/admitting privileges, to deliver her baby. The patient began to show symptoms of the COVID-19 virus, including cough, fever and shortness of breath, and concerns were raised about:

i) The safety of the patient and her baby because AMH is not equipped with a functional Intensive Care Unit (ICU) to provide respiratory support; and

(ii) The safety of all the other patients and their babies in the maternity unit, since AMH is not equipped with isolation facilities on our maternity unit.

“A decision was made to clear the maternity unit of all the other patients to ensure their safety. The UHWI and Victoria Jubilee Hospital were contacted about transfer of the patient, but they refused to accept the patient,” the statement indicated.

“A plan was put in place to manage the patient by her physician. On Friday morning, her doctor recommended an urgent C-Section,” the statement continued.

“The patient was then prepped and made ready for surgery at AMH. Other surgeries were postponed, facilitating her surgery.

“Her physician's team of independent anaesthesiologists refused to participate in the surgery. As a result of this, the nearest hospital(s) with the required facility, UHWI and Victoria Jubilee, were contacted, and again both refused to accept the patient.

“AMH was eventually able to secure a transfer of the patient to the Spanish Town Hospital, where she delivered her baby after collaboration with the National Emergency Operation Centre (EOC).

“We understand that after delivering her baby, she was transferred to the UHWI, where she passed away.

“AMH cannot comment on the care the patient received at other hospitals,” the statement added.

“In its many years of operation, AMH has always ensured the highest quality treatment for patients with the resources available.

“During this difficult time for our nation, AMH plays its part by accepting non-COVID-19 patients in medicine, gynaecology and obstetrics, general surgery, neurosurgery, neurology, gastroenterology, urology and cardiology from other hospitals. Our outpatient and emergency department, our laboratories and diagnostic services, also continue to serve the public.

“We once again wish to reassure the public, our patients and our staff, that we will always put their safety and health first, and we remain committed to our service standards,” the statement concluded.