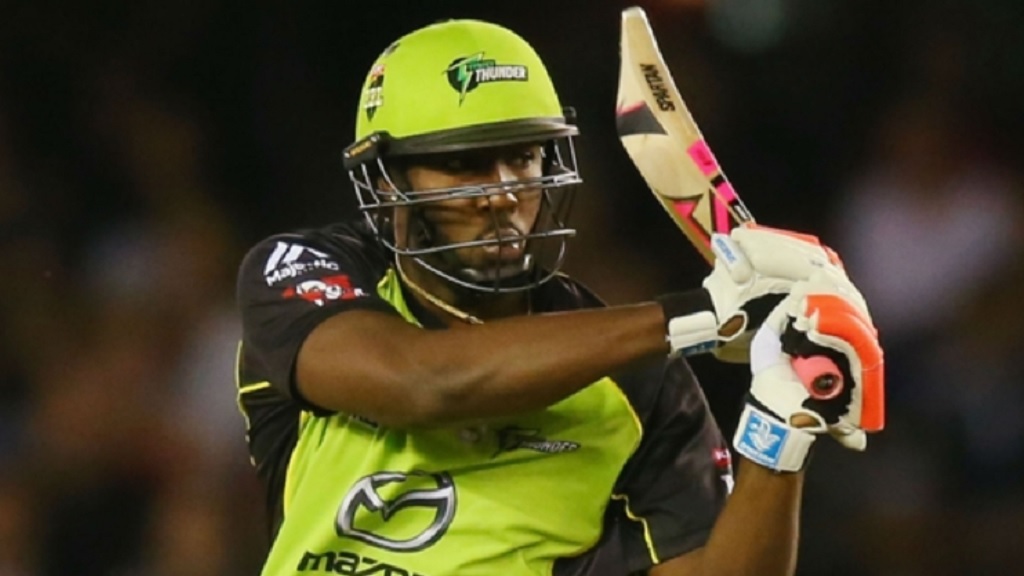 Andre Russell produced an astonishing late onslaught as Kolkata Knight Riders made sure Royal Challengers Bangalore are still searching for their first win in the 2019 Indian Premier League (IPL).

The Jamaican and West Indies all-rounder belted seven sixes as he made an unbeaten 48 from just 13 deliveries, helping the Knight Riders overhaul their opponents' total of 205-3 with five balls to spare.

Having arrived at the crease with the score at 139-4 in the 16th over, Russell managed a single from his first four legal deliveries as the Royal Challengers appeared on course to break their duck in this season's competition.

However, his whirlwind knock made the task of 53 runs from the final three overs a breeze, with the five-wicket triumph lifting Kolkata up to second in the table.

Bangalore, in contrast, remain stuck at the bottom. A fifth successive defeat did not appear on the cards at the halfway stage of the contest, with two of their star names shining with the bat.

Captain Virat Kohli top-scored with 84 from 49 deliveries and shared a second-wicket stand of 108 with AB de Villiers, who made 63. However, Russell eclipsed the pair with a dazzling display of hitting down the stretch.

When Tim Southee started the penultimate over of the game, the Knight Riders required 30 from 12 deliveries. By the time the New Zealander had finished his spell, the scores were level.

After Shubman Gill started the over with a single, Russell smashed 28 runs off the next five balls. A quartet of sixes included two over midwicket, while the boundary in the blitz came with a cheeky steer over wicketkeeper Parthiv Patel when Southee dropped in a short ball.

Russell has now managed 207 runs in this year's IPL from 77 deliveries, putting him third on the top-scorers' list behind Sunrisers Hyderabad duo David Warner and Jonny Bairstow. His tally includes an astonishing 22 sixes.

Kolkata needed their in-form player to fire, too. Chris Lynn made 43 at the top of the order and there were also contributions from Robin Uthappa (33) and Nitish Rana (37), though the Royal Challengers appeared to be in control until the game came to a dramatic - and hasty - conclusion.

Bangalore have found runs hard to come by in this campaign - they had been bowled out for scores of 70 and 113 prior to Friday - but found some form after being put in by Kolkata.

Kohli produced successive drives for four to get up and running at the start of his innings, albeit Bangalore's run-rate slowed after finishing the powerplay on 53 without loss.

Opener Patel fell with the score on 64, trapped lbw for 25, but the initial breakthrough only allowed De Villiers to combine with his skipper in a thrilling century partnership.

After the former South Africa international departed, Marcus Stoinis made an unbeaten 28 in a hurry to lift Bangalore beyond 200, a good score but not quite good enough in the final reckoning to secure an overdue triumph.