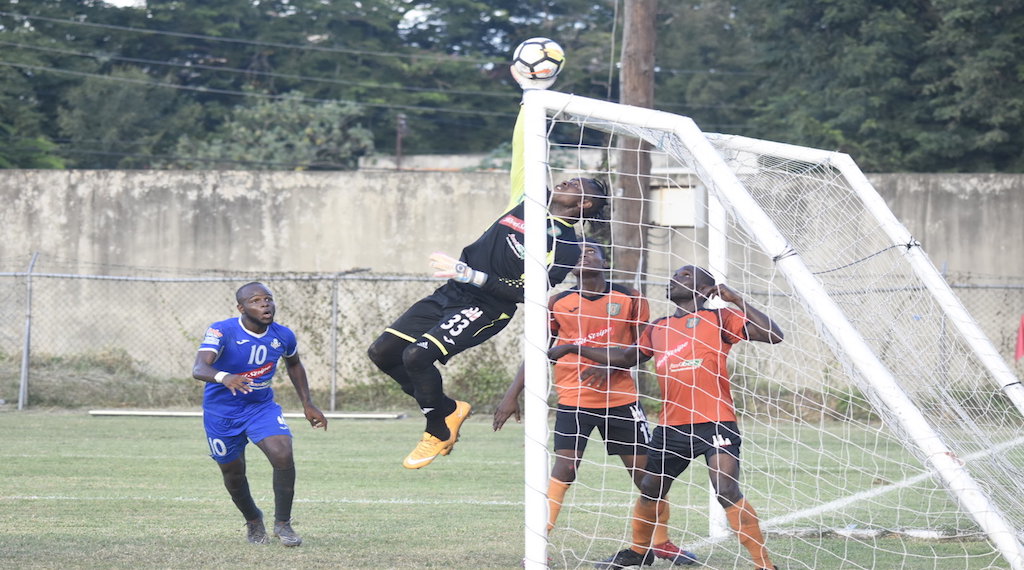 Andre Moulton scored an 87th-minute goal as Tivoli Gardens snatched a 1-1 draw against Waterhouse in the final game of Match Day 10 of the 2018-2019 Red Stripe Premier League (RSPL) on Monday Night at Drewsland.

Nicholay Finlayson appeared set to hand the home team victory when he broke the deadlock in a competitive contest after 76 minutes. But Moulton broke the hearts of the home supporters with the game winding down.

The point earned from the draw places Tivoli Gardens fourth on the points standings on 17 points. Three other teams are also on 17 points, two of which are ahead of Tivoli Gardens courtesy of goal difference. Those two teams are University of the West Indies (UWI) FC in second place and Arnett Gardens in third place. The other team on 17 points – debutants Mount Pleasant Football Academy are in fifth place.

Defending champions Portmore United are leading the table on 18 points.

The Tivoli Gardens, Waterhouse match was a fairly even contest for most of the first half, but the home team had the better of play in the second half. During that period, Waterhouse created a few anxious moments with Finlayson having Tivoli’s goalkeeper Davin Watkins diving low to save a shot from outside the 18-yard box.

Finlayson also missed an easy header in the area from a free kick but made amends minutes later when he tapped the ball into the net from Mark Miller's freekick. However, Tivoli grabbed the equaliser when Waterhouse’s goalkeeper Diego Haughton rushed out of his penalty area to foul Moulton. From the resulting free kick, Moulton beat Haughton at his near post.