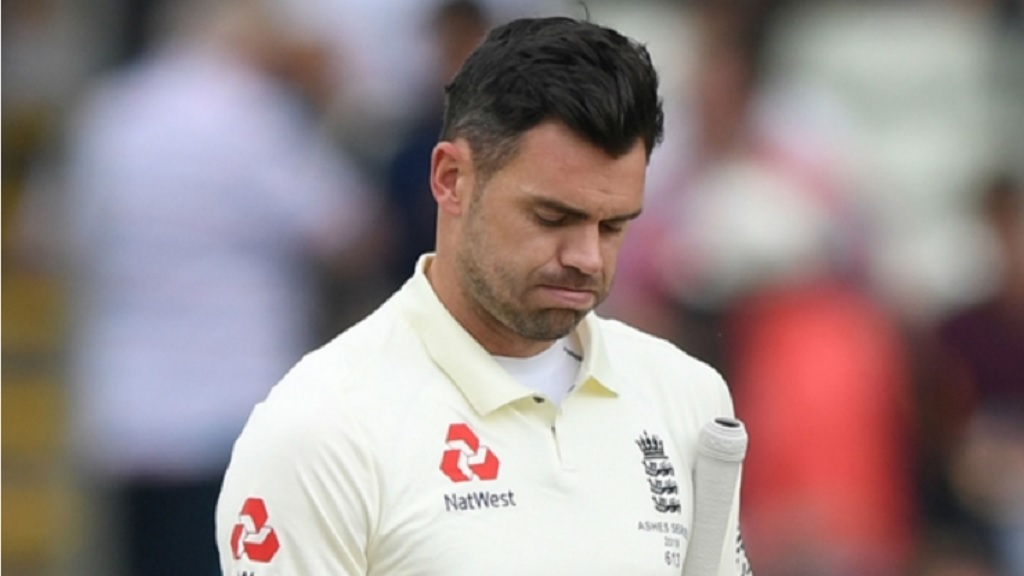 James Anderson has been ruled out of the rest of the Ashes series due to pain in his right calf, the England and Wales Cricket Board has announced.

England’s record Test wicket-taker limped out of the action on day one of the opening match in the series at Edgbaston, and has not been involved since.

However, the 37-year-old seamer clung to the hope he would be able to prove his fitness in time for the matches at Old Trafford and The Oval.

His prospects looked to be improving as he took part in two second XI matches for his county Lancashire, but Anderson suffered a setback on Thursday, and medical checks dealt him bad news.

The ECB said on its website: "England and Lancashire seamer James Anderson has been ruled out for the rest of the Specsavers Ashes series.

"Whilst bowling in the ninth over on Thursday in Lancashire’s second XI four-day friendly against Durham at Chester Boughton Hall Cricket Club, Anderson became aware of right calf pain following on from 20 overs he had bowled on Tuesday

"He immediately sought a medical assessment from Lancashire and was withdrawn from the remainder of the game. Further review with the ECB medical team has confirmed that he will be unavailable for the remaining two Specsavers Ashes Tests."

Given his track record, Anderson looked sure to return to the England squad at Old Trafford, where a stand is named in his honour, providing he came through his low-profile county outings.

England have instead been prompted to look elsewhere to find competition in the bowling department, with Somerset’s Craig Overton called up for the first time since March 2018.

The fast-medium bowler has played in three Tests, including defeats to Australia in Adelaide and Perth in the 2017 Ashes.

He has 32 wickets at 21.34 apiece in the County Championship this season, and together with Sam Curran could rival Chris Woakes for a place in the team for Old Trafford, with the fourth Test due to start on September 4.

Ashes 2019: One player will not decide series – England coach Bayliss