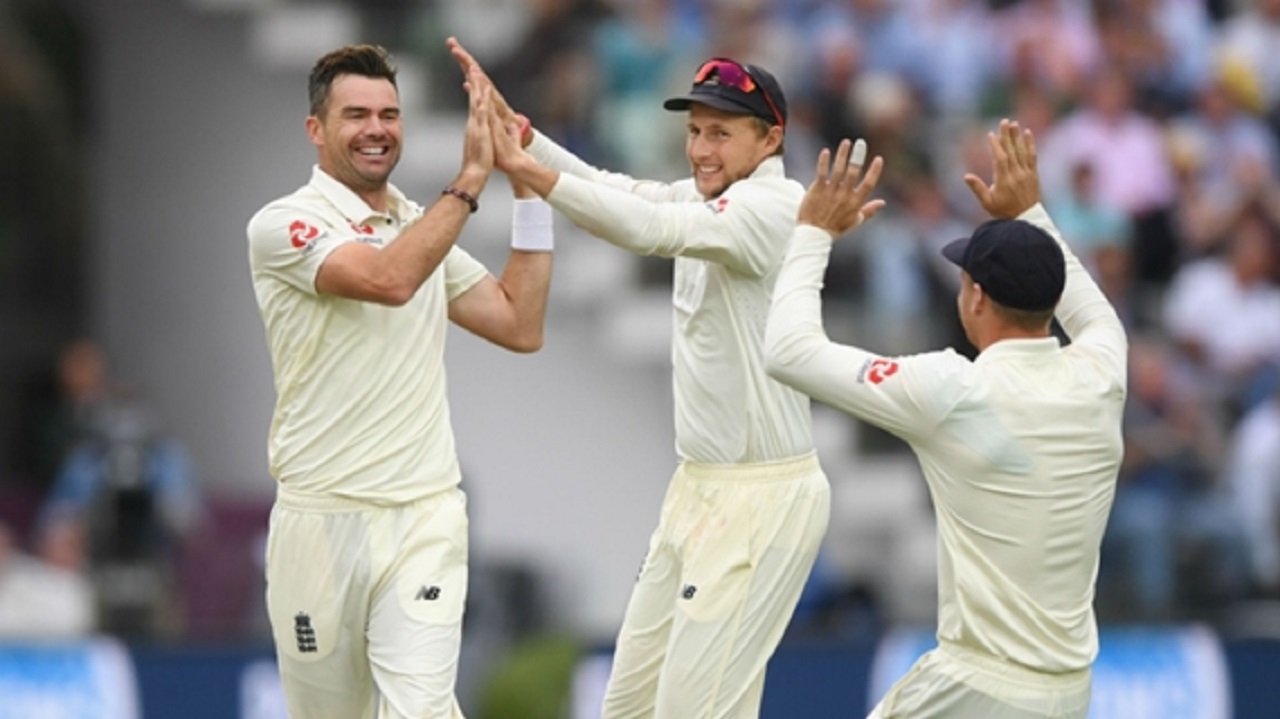 England talisman James Anderson claimed his 26th five-wicket Test haul with a magnificent exhibition of swing bowling as India were skittled out for 107 on another rainy day at Lord's.

No play was possible on the opening day and further rain ensured only 35.2 overs were bowled on Friday, but that was all England’s collection of seamers needed to rip through the tourists.

After captain Joe Root unsurprisingly opted to bowl first, Anderson took two early wickets and Cheteshwar Pujara was run out for one to leave India in the mire on 15-3 before the heavens opened again in London.

England made up for lost time following a long delay, the recalled Chris Woakes (2-19) claiming the key scalp of Virat Kohli and the excellent Anderson (5-20) getting his name of the honours board for a sixth time as India lost seven wickets for 58 runs under blue skies.

India were bamboozled by swing once again and face a major battle to avoid going 2-0 down in the five-match series after suffering defeat in the opener at Edgbaston last week.

Anderson was on the money straight away, striking with the fifth ball when Murali Vijay lost his off stump to a beauty which moved away late, while KL Rahul also fell to England's leading Test wicket-taker, edging through to wicketkeeper Jonny Bairstow.

Pujara, named in the side along with Kuldeep Yadav as Shikhar Dhawan and Umesh Yadav missed out, hung around before a terrible mix-up with Kohli, who set off for a quick single before hesitating, leading to both batsmen at one stage heading towards the same end.

Ollie Pope was left with the simple task of whipping the bails off with Pujara stranded and, after a further break for bad weather, Woakes dampened India's spirits further when the action resumed, getting Kohli (23) caught by Jos Buttler at second slip.

Kohli had offered a chance by edging the previous ball past Buttler and there was a sense of deja vu when Hardik Pandya flashed a drive past England's new vice-captain, but he held on from the next delivery after the excellent Woakes found the edge once again.

Sam Curran got in on the act by bowling Dinesh Karthik and Ajinkya Rahane fell to the relentless Anderson, who added another wicket to his tally in the final over after Stuart Broad dismissed leading scorer Ravichandran Ashwin for 29 on a gloomy day for the top-ranked Test side.