Anderson grateful to West Indies for committing to England Tests 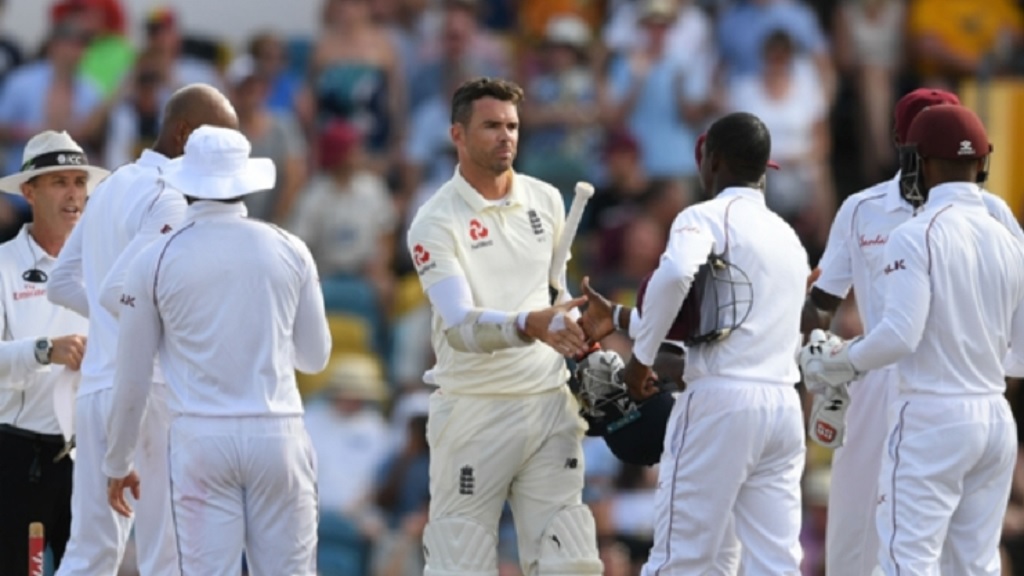 James Anderson has thanked West Indies for taking the "scary decision" to play a Test series in England.

Like much of the global sporting calendar, the English cricket season has been ravaged by the coronavirus crisis, with no competitive action able to take place so far.

England will play West Indies in three matches behind closed doors next month, with the tourists based at Old Trafford.

The Manchester ground will host the second and third games as a bio-secure venue, after the Ageas Bowl in Southampton stages the opener.

It is hoped a Test series against Pakistan can take place in August, with the possibility of limited-overs engagements against the same opponents, Australia and Ireland on the schedule.

The United Kingdom has suffered more COVID-19 deaths than any other country in Europe, while the Caribbean has been minimally impacted by the virus compared to other parts of the world.

Anderson is not treating West Indies' opting to help get the international game back up and running lightly.

"From our point of view we're certainly very grateful that the West Indies are coming over here," he said.

"Obviously, with what's going on in the world, I imagine it's a scary decision for a lot of them, for all of them to make the journey over so we're hugely grateful.

"It's great for the game. It's brilliant that we are closing in on getting some Test cricket played after a decent lay-off."

Anderson, England's all-time Test wicket-taker with 584 victims, has managed to be creative in order to maintain his fitness during the lockdown and in training with Lancashire.

The 37-year-old suffered injury setbacks when facing Australia and South Africa and feels Joe Root might look to rotate his battery of seam bowlers on home soil.

"Training has been going well," he said. "I've managed to tick over quite well during lockdown.

"I've luckily got enough space to fit half of my run-up in on my drive, so I've been ticking over with my bowling. When I came back to training with Lancashire I've not been going in cold.

"I felt like I hit the ground running pretty well. I've been enjoying being back."

Anderson added: "Obviously there are concerns about the fact we are not going to have had any competitive cricket before that first Test match and then we've got three Test matches in quick succession.

"So there are obviously things that we need to look at ahead of that in terms of workloads and whether we play all three as bowlers or whether we rotate.

"I'm sure the medical staff and the coaches are doing their due diligence on that; that's something we'll have to look at in a few weeks' time.