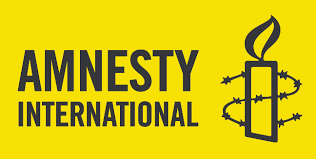 Human Rights advocacy group, Amnesty International, has welcomed the arrest and charges slapped on six members of the Jamaica Constabulary Force for the killing of three men almost seven years ago.

The three men Mathew Lee, Mark Allen, and Ucliffe Dyer were shot and killed in January 2013 in Arcadia, St Andrew.

The killings drew mass ire from local human rights groups and led to mass protests in the community where the men were killed.

Police reported that the men were traveling in a motor vehicle when they were stopped at a police checkpoint close to the intersection of Acadia Drive and Evans Avenue.

According to the police, a shoot out reportedly ensued between the occupants of the car and the police leading to the death of the three men.

The police said they seized a Mack-10 submachine gun and a 9mm pistol along with twelve rounds of ammunition.

Deputy Commissioner of INDECOM, Hamish Campbell, says the Commission got a breakthrough when witnesses came forward.

The six JCF members were charged by the Inspectorate and Professional Standards Oversight Bureau, I-PROB, following an investigation by INDECOM and a ruling by the Office of the Director of Public Prosecutions.

Reacting to the announcement Erika Guevara-Rosas, Americas director at Amnesty International, said it was a step in the right direction.

“We welcome the Independent Commission of Investigations’ continuous and determined efforts in investigating the killing of Matthew Lee. It is now in the hands of the Jamaican justice system to act effectively in the light of this case. The victim’s family’s dignified pursuit of justice is an example of how to dismantle a culture of fear that has allowed the police to get away with unlawful killings for decades,” a release from Amnesty International stated.

Their case is set for mention on September 30.

INDECOM says their file in the matter was stalled for more than two years as the accused policemen pursued legal action.