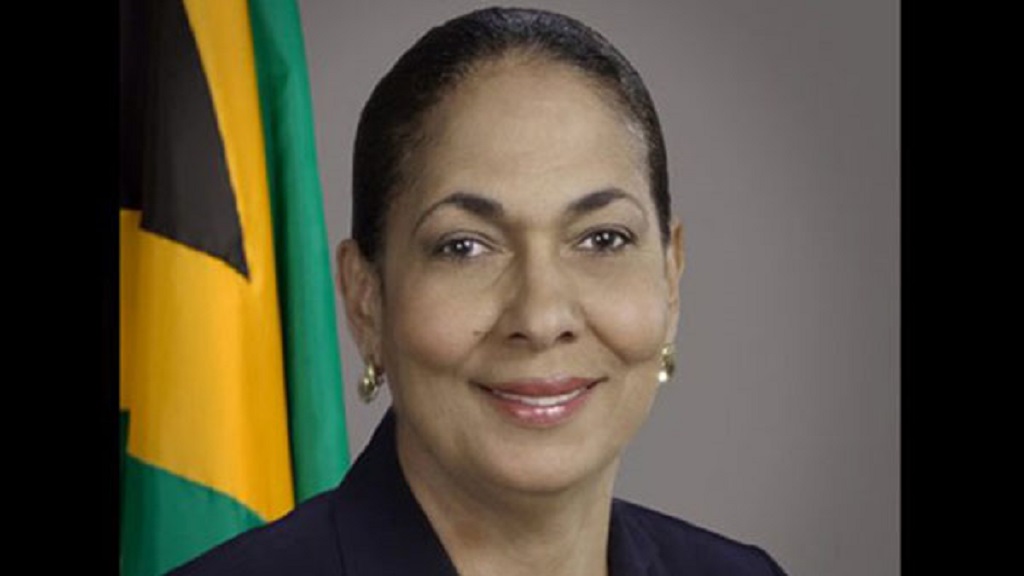 Gianna Fakhourie, the niece of late Labour and Security Minister, Shahine Robinson, has said her aunt did not bestow the North East St Ann constituency she represented to anyone, indicating in the process that Robinson had no hand in influencing who would replace her.

The assertion comes amid a reported push by a member of the constituency executive to position himself to become the Jamaica Labour Party (JLP) candidate for the seat.

Fakhourie posted on her Facebook page on Sunday, that Robinson, 66, had indicated before she died on May 29 after a battle with cancer, that the people of North East St Ann should choose their representative.

"My aunt on her succession plan in NE (North East) St Ann said, 'I cannot will my seat to anybody. It is the people's seat. They will choose their representative. I cannot force anybody on them. They will choose, just like they chose me," posted Fakhourie.

The niece of the veteran politician described as bittersweet the move by "people" close to Robinson "to lay claim to her seat".

She elaborated that "It's bittersweet what I am hearing is taking place in NE St Ann. I'm going to be absolutely clear. My aunt has not yet been laid to rest and there have been moves made by people closest to her, to lay claim to her seat. I think that is unsavoury, to say the least."

She said too, that she had spoken to one of the persons reportedly going after the prestigious North East St Ann seat which has been held by the Jamaica Labour Party (JLP) since Robinson won a by-election there in 2001.

"I even spoke to one such person, who assured me that he would not go for the seat, but he has called meetings in the seat," said Fakhourie, adding that "I have heard many of the lies being told on my aunt who, I repeat, has not yet been laid to rest, and it is disheartening. That is the bitter part..."

Despite the reportedly unsavoury moves by the individuals who she did not name, Fakhourie said that the "sweet" part of the situation is that the people of the constituency have been calling for a particular woman who Fakhourie also did not name in her post.

Additionally, she Fakhourie said she has done her own checks and the female JLP member whom she referenced, has not yet called a meeting in the constituency. That approach, said Fakhourie, is a "good sign".

She elaborated that "... I have heard the people standing up for themselves and calling for who they want. I have done my checks and that person has not yet had a meeting in that seat, as she is being respectful that my aunt has not yet been laid to rest. Already, that is a good sign."

Meanwhile, Fakhourie reiterated that Robinson wanted the JLP membership in the constituency to choose their next candidate who would quite likely become the next Member of Parliament (MP), and she (Fakourie) would remain in support of that wish.

"Let me be clear. My aunt wanted the people to choose and I want to honour her wish. So I will maintain the side of the people. The person will represent the people, so it is THEIR CHOICE who they want to represent them," she stated, adding that, "Nobody should be forced on them by anyone. And nobody should BE LYING on Auntie Shahine who is not here to defend herself. I will defend her and her wishes."

To the people of North East St Ann, Fakhourie assured that "Auntie Shahine told NOBODY that they should take her seat. Instead, she begged for her legacy not to be ruined.

Fakhourie concluded her post by indicating that "This is the last time I will say anything about her (Shahine Robinson's) seat until she is laid to rest. I can't even believe that I have been put in this position by someone she trusted. Thank you for listening."

Information on the funeral arrangements for the veteran politician are still to be released.

Since Robinson's death, several prominent names have been called as likely contenders for the seat. Among those names are JLP senators Kerensia Morrison, Matthew Samuda and Kamina Johnson-Smith.

Samuda is currently Minister without Portfolio in the Ministry of National Security, while Johnson-Smith serves as the Minister of Foreign Affairs and Foreign Trade.

None of the three senators, however, have publicly indicated any interest in the seat.

Rumours on social media have also suggested that Tyrone Robinson, a longstanding member of the constituency executive, is interested in representing the seat. But he too, is not known to have publicly indicated an interest in the seat.

Other names swirling on the social media as possible contenders for the seat are: embattled St Ann's Bay Mayor, Michael Belnavis, whose St Ann Municipal Corporation is under scrutiny over a multi-million-dollar COVID-19 clean-up project for Ocho Rios; Councillor for the Exchange Division in the constituency, Ian Isaacs; and Councillor for the Steer Town Division, also in the constituency, Genevor Gordon-Bailey. But the three members of the parish's municipal authority have likewise not publicly indicated if they are interested in the seat.

Shahine Robinson represented the constituency for 19 years until her death last month.

Before her successful foray into representational politics, Robinson worked in the banking and tourism fields.

She came to national prominence in 2001 when she snatched the North East St Ann seat for the JLP following the resignation of the People's National Party’s (PNP) then Member of Parliament (MP) for the constituency, Danny Melville, from Parliament. Since that time, Robinson has not lost the seat.

She previously served as Minister of State in the Office of the Prime Minister and later as Minister without Portfolio with responsibility for the Ministry of Transport and Works (2011).

Robinson was appointed Minister of Labour and Social Security in March 2016, following the JLP’s victory in the general elections that were held a month before.

Shahine Robinson's niece reflects on beloved aunt who raised her