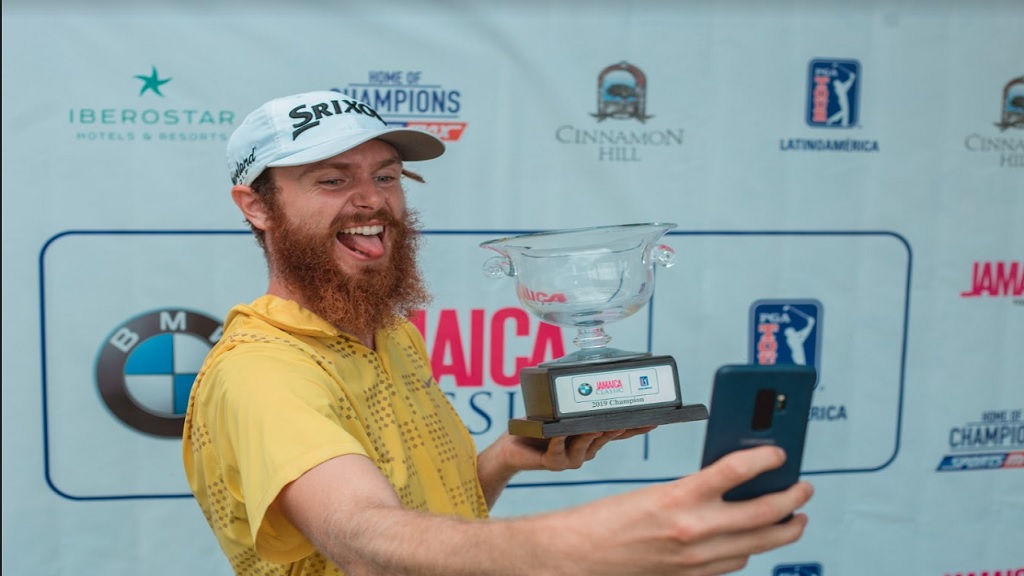 The 30-year-old claimed his first tour title, following a final round one under par 71, for a total of 21 under par 267.

The Boston native, who opted to play it safe on the final day, racked up four birdies, a bogey, and a double bogey in his fourth and final round.

Harmeling had to work hard for the victory, as Nunez looked intent on spoiling the party for the American.

Nunez had an outstanding round of six birdies, a bogey and a double bogey for a final round score of 3 under par 69. He ended with a total score of 20 under par 268 for second place overall. 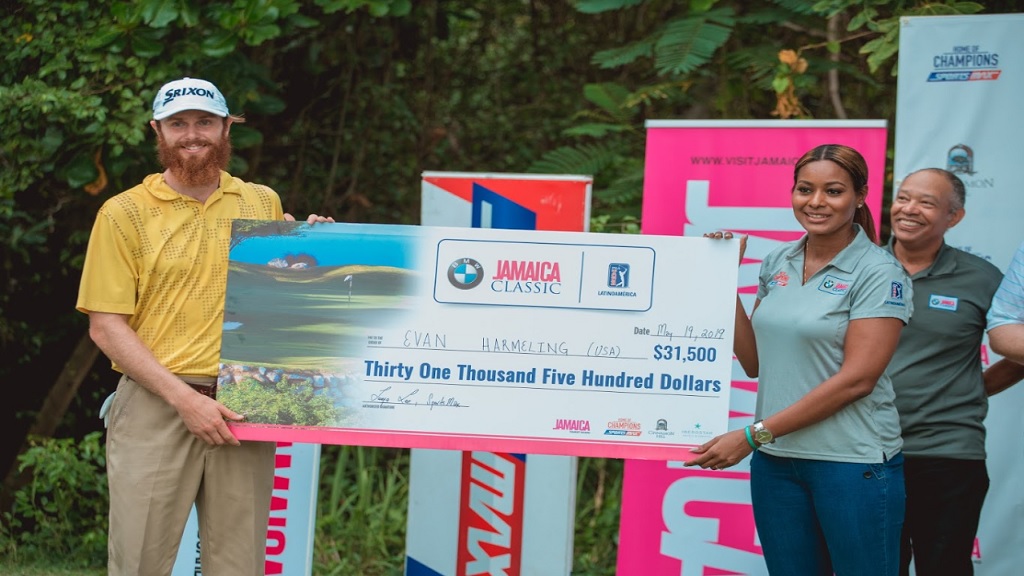 Nunez had tied the lead with Harmeling heading into the final hole, however, the Argentine could only manage par, while Harmeling made birdie to secure the title.

“I am really thankful for this win, I have worked really hard coming into this tournament in Jamaica and I must thank my putter this week, it really made the difference.”

Harmeling took home the BMW Jamaica Classic trophy plus the first prize cheque of US $31,500.

Another Argentine, Leandro Marelli had the best round of the day, firing a seven under par 65 to finish in third place with a total score of 19 under par 269.

American Tom Whitney finished fourth with 18 under par 270, while Mito Pereira of Chile rounded out the top five with a score of 17 under par 271.