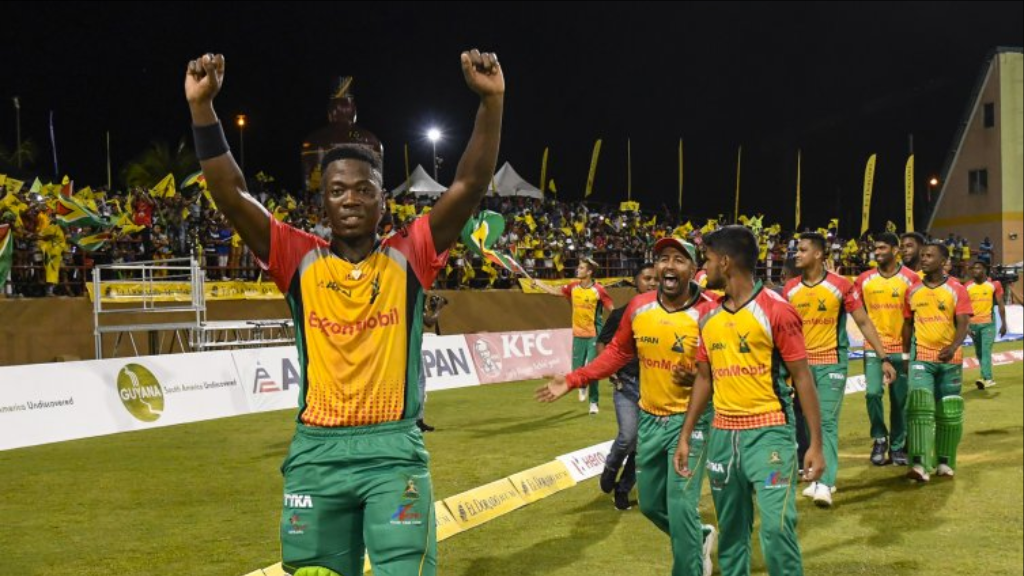 Sohail Tanvir hit a six off the penultimate ball to send the Guyana Amazon Warriors into the final of the 2018 Caribbean Premier League (CPL) with a two-wicket victory over defending champions Trinbago Knight Riders at Providence Stadium, on Tuesday night.

Chasing 123 for victory, the Amazon Warriors looked dead any buried at 105 for eight when Rayad Emrit was dismissed off the penultimate ball of the 18th over.

However, with three runs needed off the last two balls, Tanvir hit a full delivery from Dwayne Bravo into the sightscreen to send Guyana Amazon Warriors into their fourth CPL finals and trigger off rapturous celebrations at Providence.

Earlier the Trinbago Knight Riders struggled for rhythm against Guyana’s spin attack led by Chris Green and could only get 122 for seven off their 20 overs with Colin Ingram getting 25 and Darren Bravo 24.

The Knight Riders must now face the winner of the Eliminator match between the Jamaica Tallawahs and the St Kitts and Nevis Patriots in the second Qualifier on Friday at the Brian Lara Cricket Academy in Tarouba.

WATCH: Amazon Warriors rise to 2nd after win over TKR

CPL to give award to best groundsman at match venues