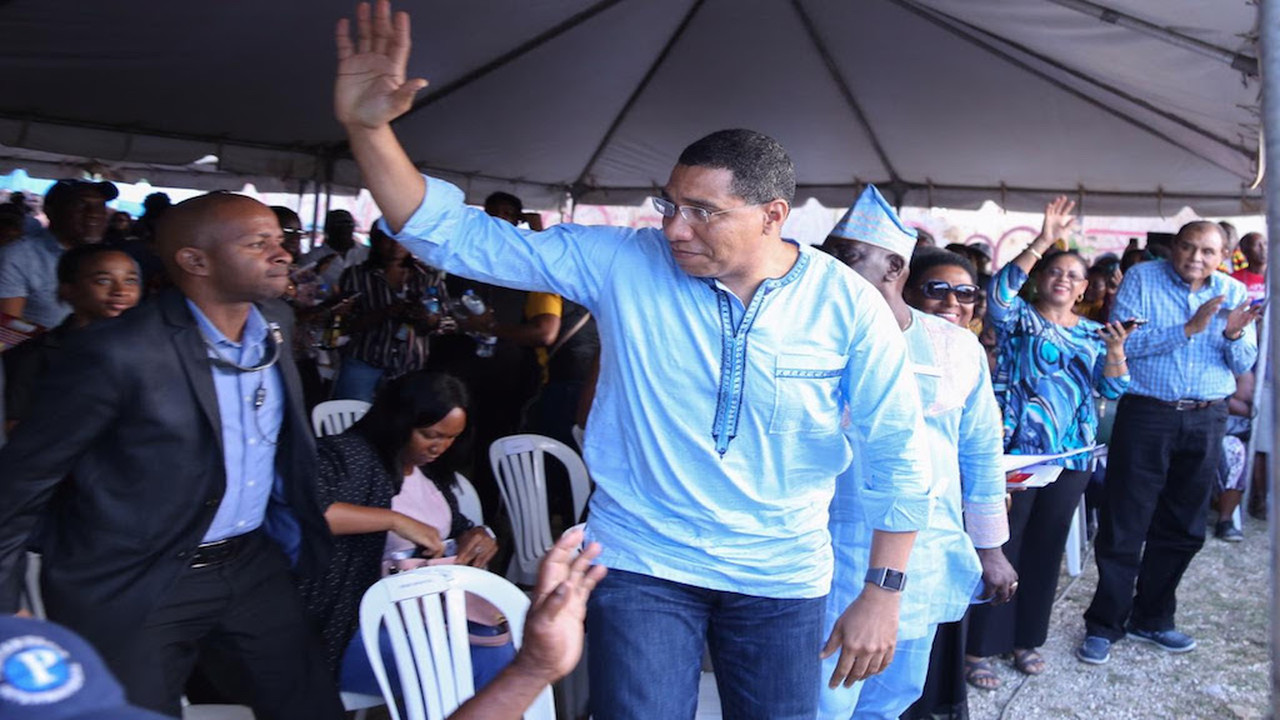 Prime Minister Andrew Holness acknowledges the gathering at the celebration.

The Alternative Development Programme for small ganja farmers is set to get off the ground in the first quarter of this year.

Holness told the gathering that included Culture Minister Olivia Grange and several high commissioners to Jamaica including from the United Kingdom, Nigeria and Cuba, that the alternative programme was conceptualised based on the recognition of the real fear that exists that “as the industry emerges to become more corporatized that the original ganjaman, the original farmer could very well be left out of the gains and the benefits.” 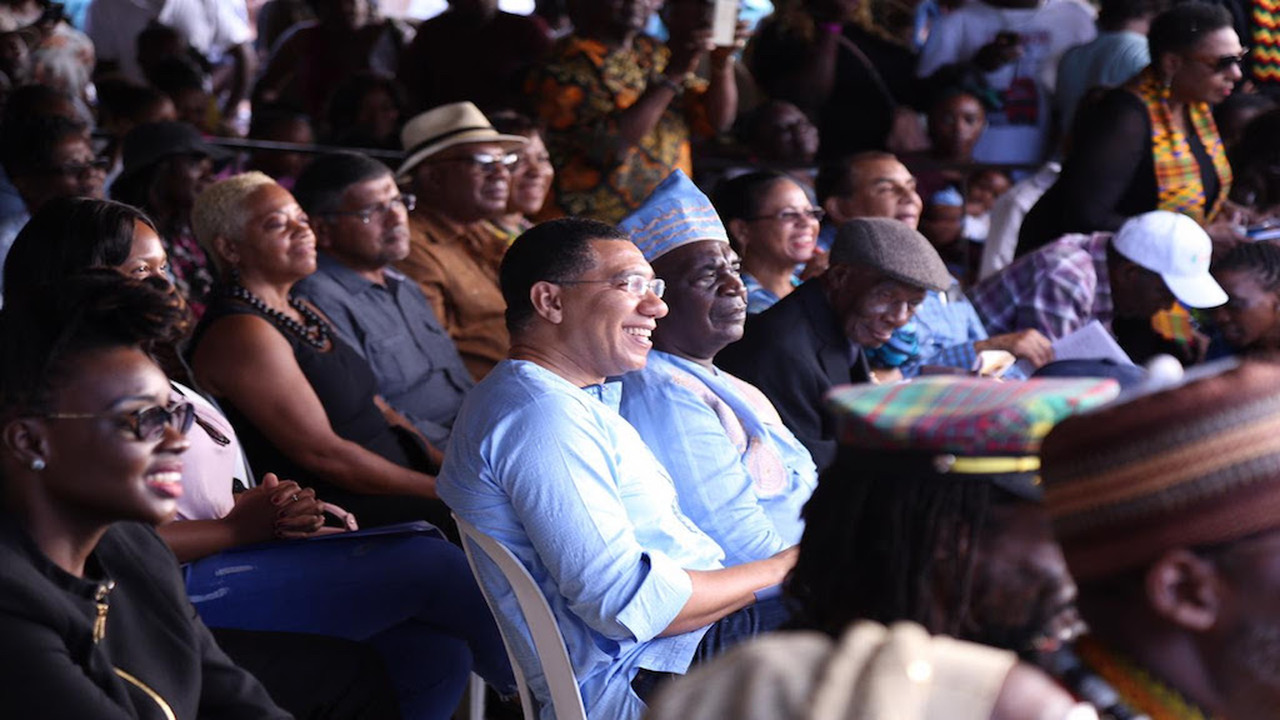 “This programme is of significant importance to ensure that small farmers  …in communities like Accompong where there is a certain discipline, a certain order, a certain social system…that it is not used in illicit ways because you have a certain order and organization that we can work with you in a cooperative way…,” the prime minister said.

Meanwhile, the prime minister in pointing to the low crime rate in Maroon settlements lauded the chief of the Accompong Maroons, Colonel Williams for his leadership of the community.

Noting that culture determines how people behave, Holness said: “I will give you a little example. Within this town, you may have about two to three thousand people, but I looked at the murder statistics and I don't see one murder in this town or in this area. In fact, the crime rate here is very, very, very low and it is not just today or last year or the year before, this has been the case from ever since and there’s a reason for that.”

Holness told the Maroons that “You know that your ancestors, your forefathers fought for your freedom, fought and earned the respect of their enemies, of people who would have otherwise enslaved them to the point where your tenacity, your relentless pursuit of your freedom lead to the signing of a peace treaty 281 years ago.

“It means something to each and every one of you who claim the Maroon heritage and so you are not about to allow that heritage to be disrespected by violence, by killing your one another.”

In the meantime, Holness gave a commitment to the Maroons that the road leading from Cedar Spring to the town will be repaired.

He also committed to the establishment of a museum that will display Maroon artefacts and enhance the visitor experience.  And the prime minister highlighted that more can be done from a tourism and agriculture standpoint whilst preserving the Maroon culture.