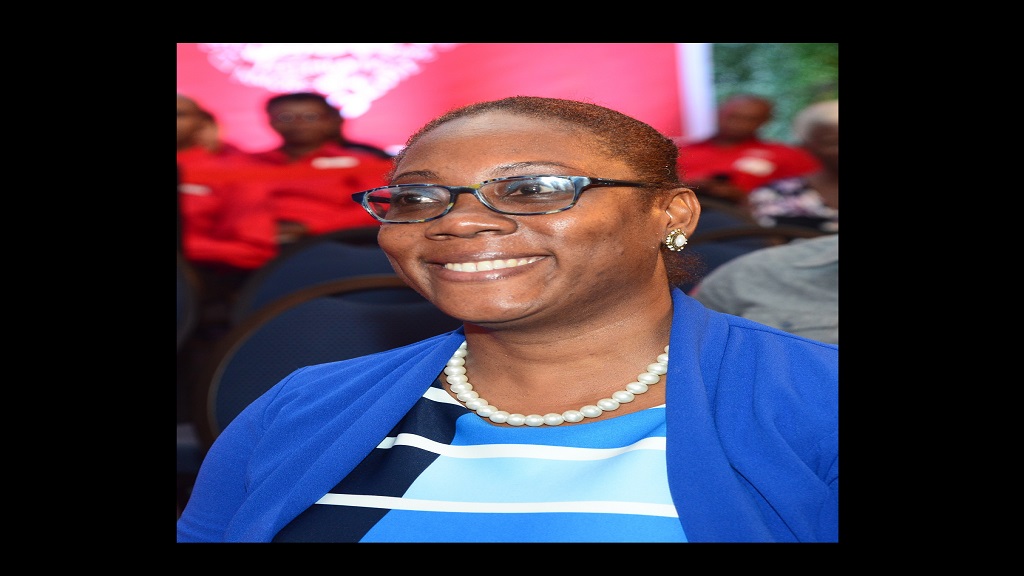 Acting principal of Allman Town Primary, Latoya Nesbitt, says with the help of the JMMB Joan Duncan Foundation, there has been improvements at the school.

Acting principal of the Allman Town Primary School, Latoya Nesbitt, is among one of the latest educators to heap praise on the JMMB Joan Duncan Foundation-led transformational initiative, entitled "Conversations for Greatness" (CFG) – a national project of the foundation.

The initiative, which closed out the final leg of the nine-month long sustainability segment in early November, was credited for helping to improve the working relationship among the school’s staff and enhancing the students’ behaviour.

The Conversations for Greatness programme was introduced to Allman Town Primary about two years ago, at a time when the school’s staff was divided along the lines of leadership, creating an unhealthy working environment, thereby hindering growth in critical areas, such as academic improvement and student behaviour.

Now, acting principal of Allman Town Primary, Latoya Nesbitt, stated that, with the help of the programme, there has been several fundamental shifts that she has observed; most noteworthy, are the significant improvements in the overall interpersonal dynamics and trust level, at the institution.

She admitted that when Conversations for Greatness was introduced to the school’s teachers, administrators and other support staff members, they were apprehensive, as they were uncertain of the outcome.

Now, the school administrator is happy her school was a beneficiary. “The timing of the programme could not have been better…I would, without a doubt, recommend that as many schools and as many persons as possible be exposed to the Conversations for Greatness programme,” she said.

According to the Education Mnistry’s guidelines, "Effective schools are defined by having strong leadership, a clear school mission, quality teaching and learning, a safe and orderly climate, transparent and effective monitoring of students' progress, and high expectations and parental involvement.  Since implementing Conversations for Greatness at Allman Town Primary, the school is on its way to improving all the areas for designation as an effective school.

She confided that through Conversations for Greatness, she has enhanced her leadership skills and has paid closer attention to her language, ensuring she uses positive language, which seeks to reinforce positive outcomes, and focuses on being solution-oriented. Through the one-on-one coaching sessions with a CFG facilitator, Hope McNish, she has also become emboldened and is more effective in conflict resolution. “I have become a better listener; I listen from the heart and take the time to truly understand the other person’s perspective.” Adding, “In working out conflict, I seek to understand the ‘why’ and explore how the situation may have been resolved differently.”

On a more personal note, a major ‘blessing’ of CFG for Nesbitt, is the development of her self-image. “I used to be a very timid and shy person, seen and not heard - now I am bold, and I am not ‘smalling up’ myself.  I am allowing my greatness to come through.” She has now become an ‘ambassador’ for the programme, sharing its principles with others, including her church family and living true to its practices.

This change has rippled across the school. “We celebrate each other and we share in each other’s lives, every step of the way. Work is a happy place,” shared Latoya. As evidence, the school is no longer plagued with tension and divide, instead, the workspace is filled with a mix of fun and fellowship and greater cooperation, even in non-core curriculum activities, such as career day and emphasizing mastery of Spanish.

Members of the school’s academic staff joined in creating a new vision for the school, under the Conversations for Greatness programme’s guidance. Since then, several initiatives have been implemented with a focus on student behavioral improvement, academic excellence and nurturing children’s soft skills, in keeping with its ‘renewed’ vision.

The school has also seen encouraging results in the students’ behaviour and academic performance. Since implementing CFG, there has been a reduction in the number of disciplinary infractions recorded, with the principal reporting, anecdotally, “the children have been better behaved and more engaged, as a result of initiatives the school has implemented under CFG, such as the Behaviour Award System.”

Project Manager of Conversations for Greatness, Catherine Davis-Smith, outlines, “The foundation has been encouraged by the positive results and the strides that Allman Town Primary has been able to achieve, with the support of the CFG programme and dedicated facilitators. We expect that this transformation will be sustained and even replicated to other stakeholders, such as parents, even after closing out the programme there.”  Allman Town Primary is just one example of a school that has experienced transformation with the support of the CFG.  We continue to be inspired and uplifted by the positive feedback we have received from the principals of the schools that we have engaged, and we look forward to the programme’s continued success.”

The foundation’s national project, Conversations for Greatness, which is designed to transform the mindset of education stakeholders, has maintained traction and is now in over 80 schools islandwide, reaching over 40,000 children and approximately 3,000 teachers, support staff and administrators.

This programme targets the 150 primary and secondary schools that have been identified as part of the Ministry of Education’s Operation Turnaround (OTA), having performed below the national averages, according to the 2014 National Education Inspectorate report.