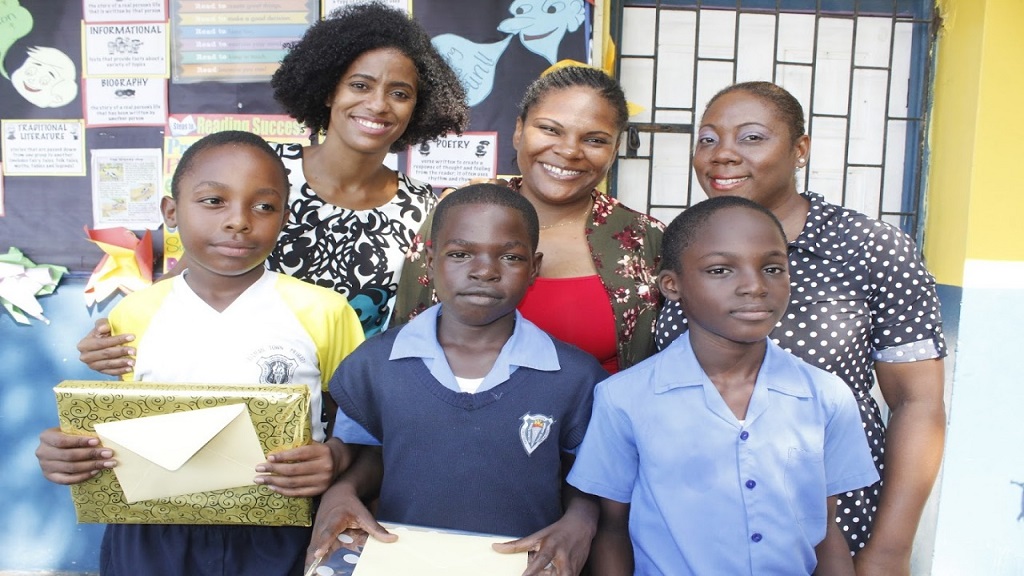 The Allman Town Primary School in Central Kingston earlier this week celebrated four of its own who recently entered a robotics competition hosted by World Robotic Olympiad (WRO) competition.

The boys Akeem Hunter, Kahlil Edwards and Jaheem Clarke and their robotics coach Sakoya Graf Watson were highlighted at a recent devotion at their school which was attended by prominent members of the school community and candidate for Central Kingston Imani Duncan Price.

The school had entered the Halls of Learning sponsored Robotics competition in 2018 where it was placed third. This year the Allman Town Primary School again entered the Elementary section of the WRO competition 2019 but was subsequently unable to advance to the top three, due to the persistent malfunctioning of the robot.

The boys expressed how they felt privileged to have been exposed to the robotics competition and seek to work harder for the next upcoming competition next year. They were understandably disappointed but also now even more motivated to win the competitions in the coming years ahead.

"It was amazing. We worked really hard on the weekends to learn everything we could, even watched YouTube videos to build more skills. We didn't win this time but we're not giving up. We'll continue to work at it," Kahlil said.

Duncan Price said she is impressed at the discipline and commitment of the young men and had high praise for them.

“This is where the world is going and I am happy that primary Schools – in particular, a school in an area that I’m seeking to represent in Parliament – are leading the charge in this regard. I am glad that I had been there to celebrate with them,” she said.

Duncan Price and the Chairman of the Central Kingston PNP Youth Organization, Dayne Dick, rewarded the team – including the coach with gifts of appreciation and promised to provide support to the school as a Member of Parliament.