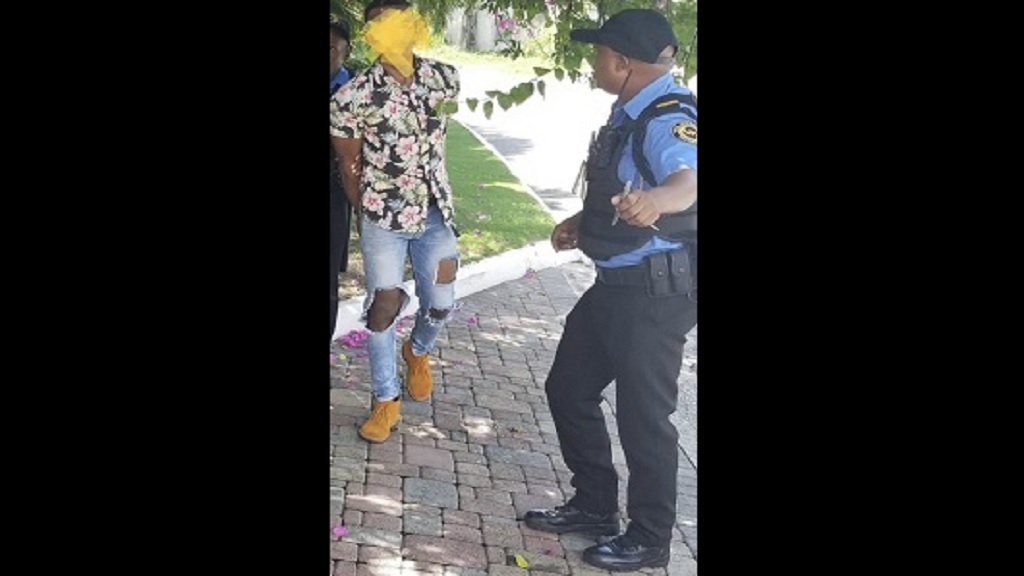 Guardsman Security personnel take a suspect into custody awaiting the arrival of the police after the private security personnel responded to a robbery of a lone female motorist in Russell Heights, St Andrew on Sunday morning.

A team of Guardsman Security personnel was quick into action on Sunday morning, resulting in one suspect from a group of men on bikes, who allegedly held up and robbed a woman in the Russell Heights area of upper St Andrew, being held and later taken into police custody.

Among the individuals who chimed in to praise the work of the private security team that chased down the robbers was former Deputy Commissioner of Police, Mark Shields. He gave his perspectives in a post on Twitter, as shown below. 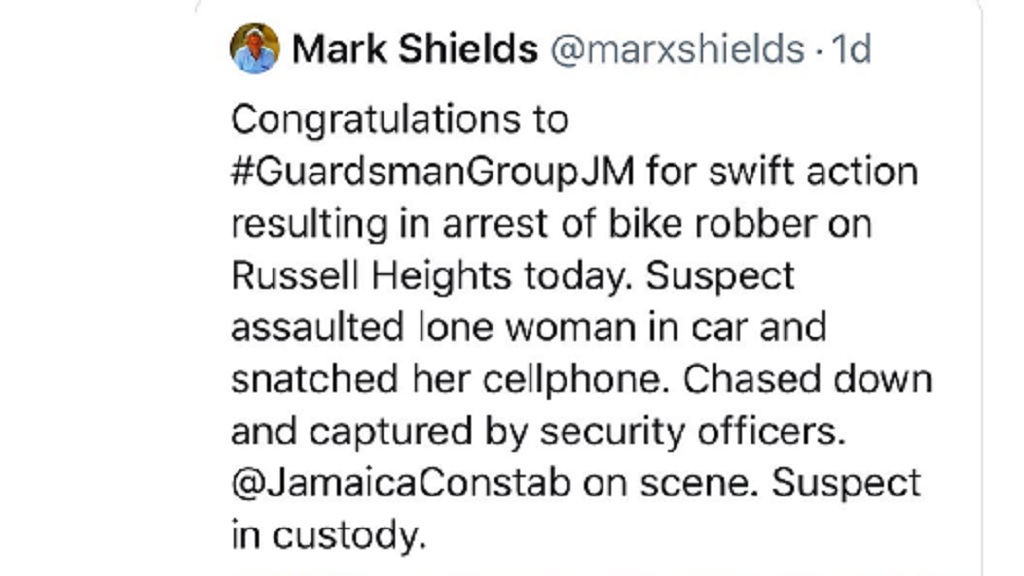 Reports are that during the robbery, the woman who was travelling alone in a motor vehicle, was roughed up and relieved of her cell phone.

But amid her fright, the security team members, in response, jumped into action in pursuit of the suspects, and duly caught up with one.

The police are now investigating the incident.