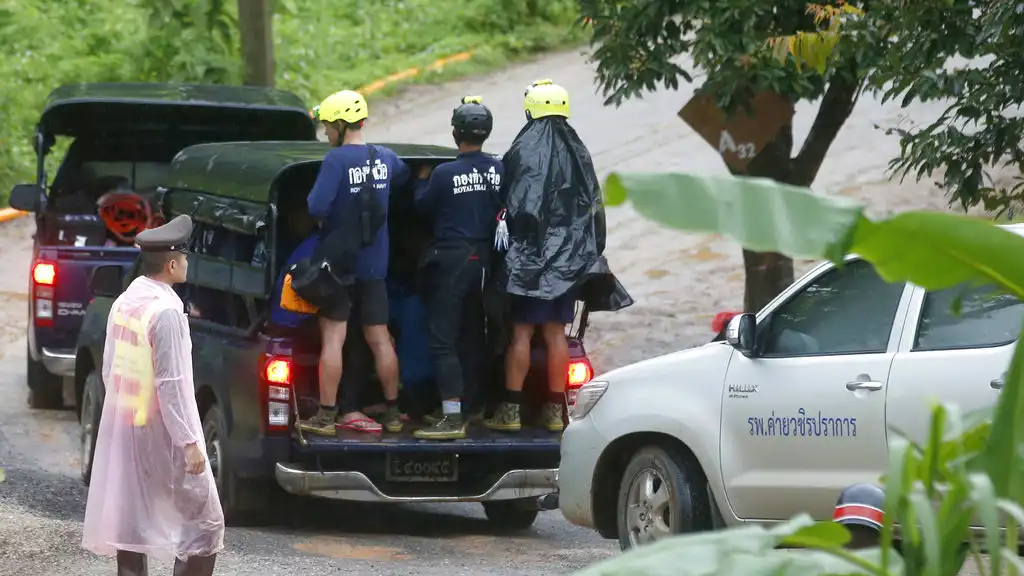 All 12 boys and their footall coach have been rescued from a flooded cave in northern Thailand, the Thai Navy SEALs said Tuesday, ending an 18-day ordeal that riveted people around the world.

The SEALs said on their Facebook page that the remaining four boys and their 25-year-old coach were all brought out safely Tuesday.

They said they were waiting for a medic and three SEALs who stayed with the boys in their dark refuge deep inside the cave complex to come out.

Eight of the trapped boys had been brought out of the cave by divers on Sunday and Monday.

The plight of the boys and their coach has riveted Thailand and much of the world — from the heart-sinking news that they were missing to the first flickering video of the huddle of anxious yet smiling boys when they were found 10 days later by a pair of British divers. They were trapped in the cave that became flooded by monsoon rains while they were exploring it after a soccer practice on June 23.

The eight boys brought out by divers over the previous two days were doing well and were in good spirits, a senior health official said.

Thai coach apologizes to parents as boys write they're OK