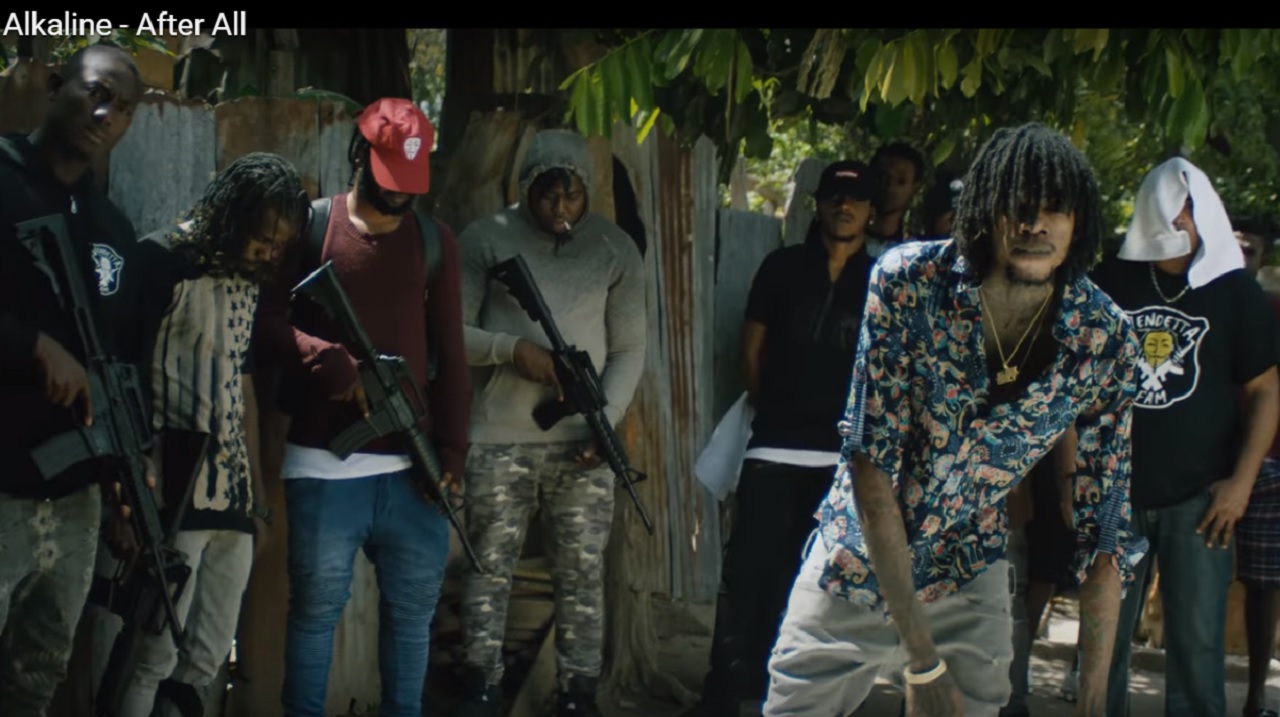 Alkaline (foreground) in a scene from the 'After All' video.

Dancehall artiste Alkaline, along with his manager, were questioned by investigators at the Criminal Investigation Branch (CIB) of the Jamaica Constabulary Force (JCF) on Tuesday morning about the contents of the artiste's controversial new music video titled 'After All'.

The video has come in for heavy security scrutiny because it promotes violence, including murder, and contains men in police uniforms carrying M16 assault rifles and handguns.

A woman is also in a controversial scene of the video while wearing a police uniform.

Police investigation into the video so far has confirmed that at lest four police personnel took part in the exercise, and a police service vehicle which is in the production has been similarly found to be an actual JCF unit.

Senior investigators have indicated that the overall probe is progressing well, with statements having been collected from the civilians who are in the video.

In respect of an ongoing internal JCF investigation, the police personnel who were identified in the video have also provided written statements.

Additionally, the police are anticipating a written statement from the producer of the video, based on discussions which have been reportedly held with the individual.

Police to interview Alkaline this week over 'After All' video

Alkaline pens ‘Fast’ response to critics after being detained by police