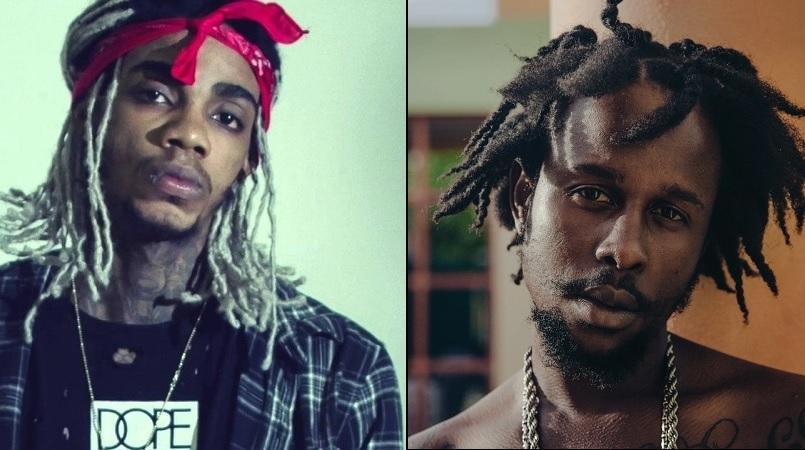 Just over a week into the new year, the deejays have recorded songs apparently directed at each other, with Popcaan’s Stray Dog and Alkaline’s Microwave.

In Stray Dog, Popcaan takes shot at a ‘bwoy’ who he says knows “nothing 'bout badness”. The ‘bwoy’ in Stray Dog has been widely interpreted to be Alkaline, who released Badness it Name in December.

“…you no bad like Rihanna… Shot we play inna your head like piano… Me and your badness could a never similar,” Popcaan deejays in Stray Dog.

However, Alkaline took the ‘beef’ to another level with the arguably more direct ‘diss’ track, Microwave.

Links to the songs on social media have generated thousands of comments with fans of both artistes trading barbs. See some of the comments below:

Voomvang_scoomski: “song has the perfect flow... popcaan continue killing them with ur flow and dont rush clash songs”

Shaqkeem Enhaille Hernandez: “GREAT KICK OFF FOR THE NEW YEAR UNRULY! WATCH THEM PLAY CATCH UP!?”

NeuliLellouchRadio: “Alkaline do him research on Popcaan.. for this one..?”

Now, you tell us which ‘diss’ song is better: