Alisson 'nearly' ready to return from injury for Liverpool 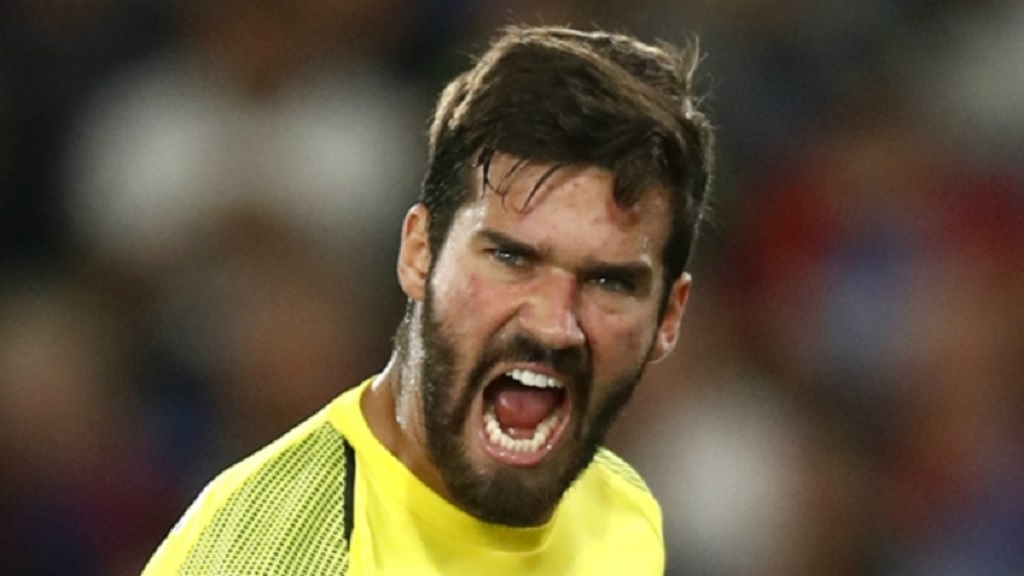 Liverpool goalkeeper Alisson has revealed he is close to returning from the calf injury that has sidelined him for almost seven weeks.

The Brazil international resumed outdoor training drills earlier this month and is now focused on regaining his full range of athleticism ahead of a return to action.

Alisson went down during Liverpool's season opener against Norwich City, forcing the European champions to thrust new signing Adrian into the spotlight.

But the newly crowned Best FIFA Men's Goalkeeper expects to make his comeback in the near future.

"I'm in a good way, I think we are nearly there," Alisson told Liverpool's official website.

"I can go outside to the pitch to do some goalkeeper work and I feel very well.

"I feel confident and I think now it's just about getting all my power, all my confidence to come back and do what I love to do."

Alisson, 26, started every Premier League match for Liverpool last season and was an integral figure in the club's Champions League triumph.

The former Roma star described his reintegration into training as a significant psychological boost.

"It's massive because if I look back, two weeks ago I couldn't even walk properly," he said.

"Now I'm running [and] jumping on my right leg that was injured, so I'm really happy for that.

"It's great. When you are a player you want to have the contact with the ball, with the guys on the pitch, the routine of training. It's what I love to do."

The Reds' number one went on to praise deputy Adrian, who has grasped an unexpected opportunity amid an impressive start to the season from Jurgen Klopp's men.

Alisson added: "He's a special guy who came late in the season, he just came and shows everyone his value, not just as a player but as a person and that is the more important thing.

"He is doing very well on the pitch. I have peace to recover in a proper way, so it's better for everyone."

Alisson improving but 'not that close' to Liverpool comeback

Guardiola won't be concerned if City win no titles this season