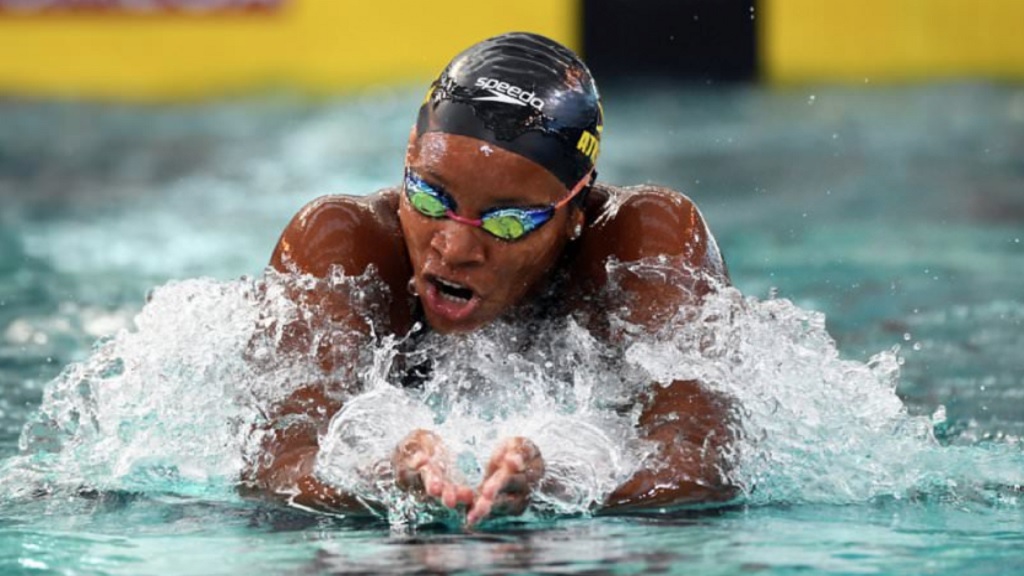 Jamaica’s Alia Atkinson continues to show good early season form by copping another bronze medal on Wednesday – this time in the 100-metre breaststroke as competition continued in the FINA Champions Series in Shenzhen, China.

Italy’s Martina Carraro won gold in a time of 1:06.85. She copped the double as she won the 50-metre breaststroke a day earlier, an event in which Atkinson also placed third.

For her efforts, Atkinson pocketed a total of US$12,000 for her two third-place finishes.

The FINA Series marks part of Atkinson’s preparations for this summer’s Tokyo Olympics and the Olympian looks in great shape. Her third-place finish over the 100m breaststroke is her third-fastest time ever done in January. In 2016 she recorded times of 1:07.38 and 1:07.47 at the Austin leg of the United States-based TYR Pro series.

Her effort on Wednesday places her 13th in the global standings for the race.

She will next be in action from January 18-19 in Beijing at the Ying Dong Swimming Natatorium, the site of swimming for the 2008 Olympic Games. She will again contest the 50 and 100-metre breaststroke events.