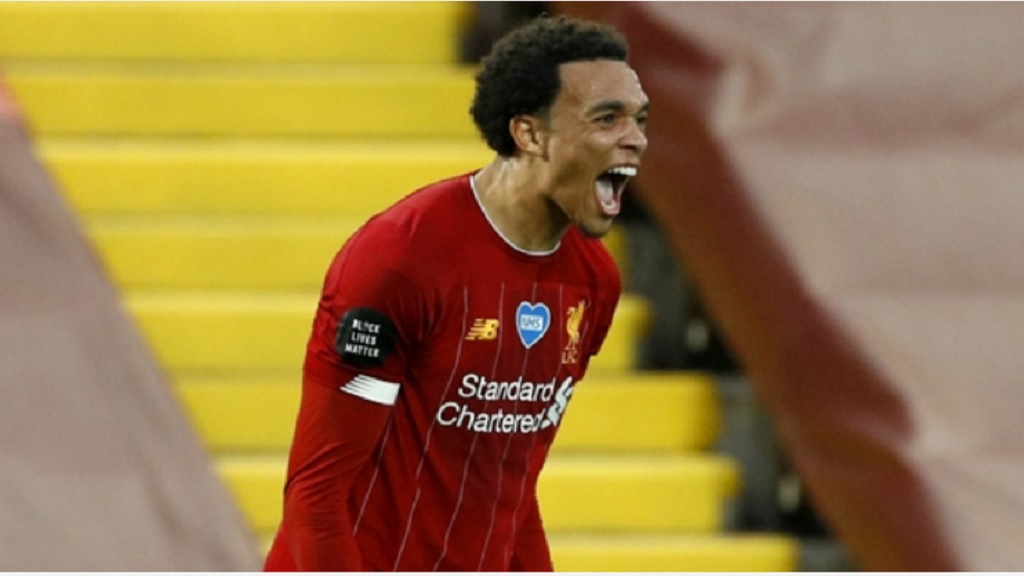 Liverpool right-back Trent Alexander-Arnold has seen off competition from a trio of Manchester United players to be crowned the Premier League's Young Player of the Season.

The 21-year-old scored four goals and set up 13 more in a brilliant 2019-20 campaign that saw Liverpool end their 30-year wait for top-flight success.

The award is for players who were aged 23 or under at the start of the 2019-20 season and is voted for by fans.

Alexander-Arnold is also in contention to win the Premier League Player of the Season accolade, along with team-mates Jordan Henderson and Sadio Mane, as well as Kevin De Bruyne, Jamie Vardy, Nick Pope and Danny Ings.