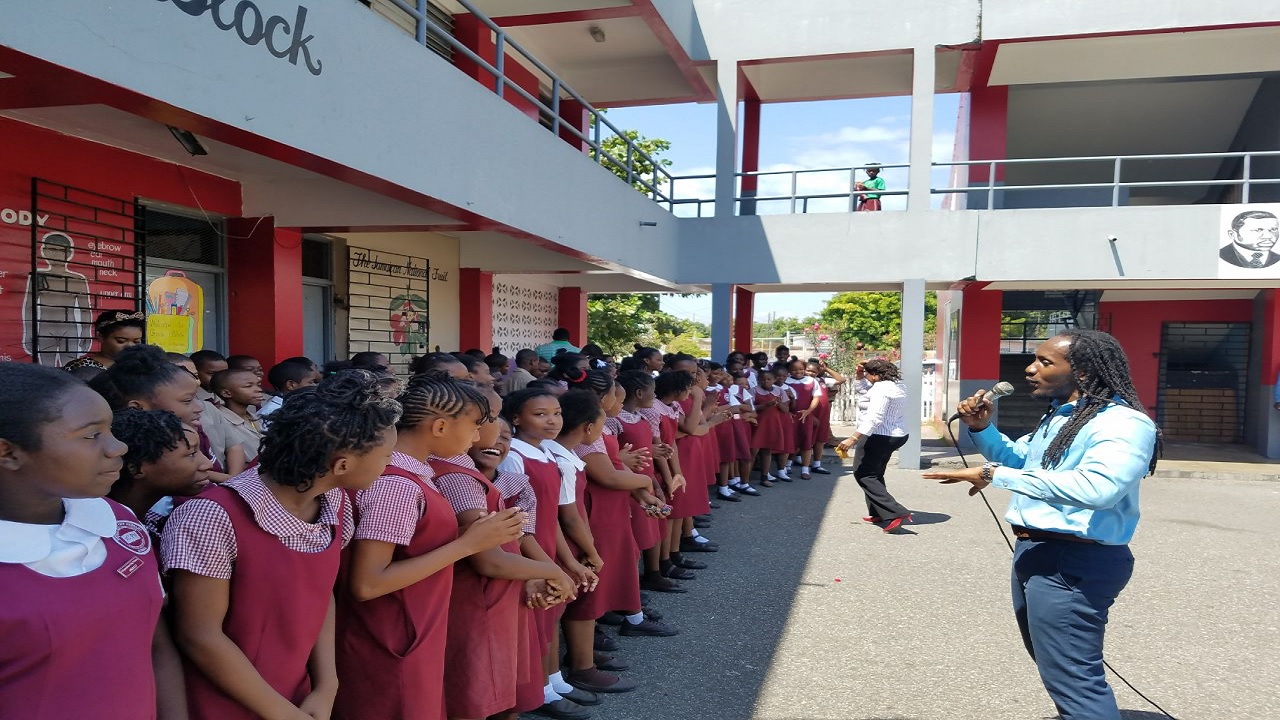 Member of Parliament for East Central St Catherine, Alando Terrelonge is a firm believer in the proverb that it is better to light a candle than curse the darkness. That is why he is earning great kudos from the public for his annual pre-GSAT devotion and motivational exercises across three schools in his constituency.

Along with his corporate partners, Proven Investments and Kingston Bookshop, Terrelonge fed over 650 school children who are presently sitting this year's GSAT exams.

"A healthy breakfast was the perfect start to our #GSAT morning. A very big thank you to the #Proven team for their continued support of our GSAT programme!!" Terrelonge tweeted this morning.

He explained to Loop Jamaica reporter Claude Mills why he was motivated to initiate the programme.

"We found out that schools who have students from the inner city find that these students have great difficulty in getting a proper breakfast and some students could come and not do well because they felt sick in the middle of the exam. So we partnered with Chris Williams of Proven Investments in 2017 and Lasco Jamaica Ltd. and T. Geddes Grant to feed the kids before GSAT and it has done well," he said. 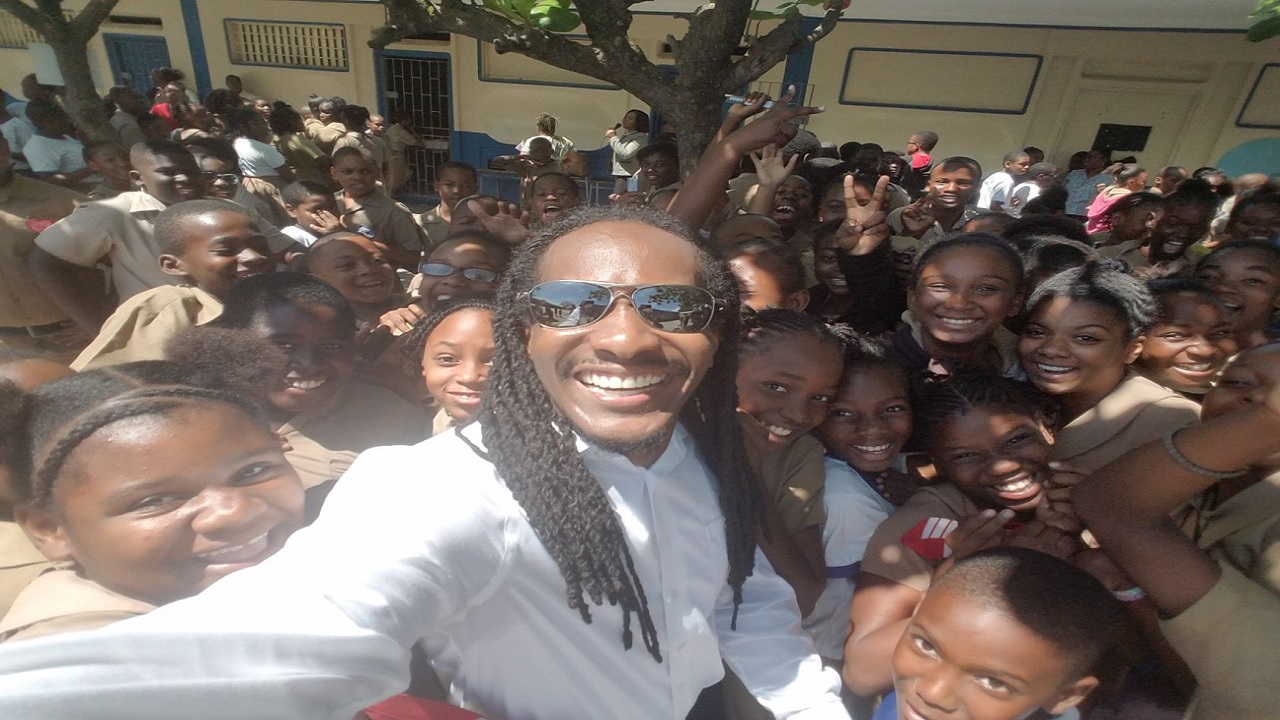 Proven Investments has remained onboard as a partner in 2018.

Terrelonge is a great advocate of education and he sees opportunities, where others less prescient than he is, see only obstacles. When he was the caretaker of the constituency four years ago, Terrelonge started the motivational exercise and devotion programme, and then two years later, added a nutritional component, feeding 440 students at Naggo Head Primary, 106 students at Gregory Park Primary and 120 students at Independence City Primary schools.

"Four years ago, I had discovered that there were students who came and asked for pencils, erasers and sharpeners on the day of the exam, so we decided that we had to find a solution so that students started on a equal footing because education is the fastest path to upward social mobility," he said.

The first year, Campbell's Stationery and Kingston Bookshop provided pencils, rulers, sharpeners for students at Naggo Head Primary, and in 2016, the programme expanded to include Independence City Primary and Gregory Park Primary schools.

"The programme works," an ebullient and proud Terrelonge said. "It started on Tuesday with the devotion and motivational  exercises, praise and worship, because all things start with God, He is a superior being who you can call on in times of need, if you have faith in God, you can believe in yourself and do well," he said. 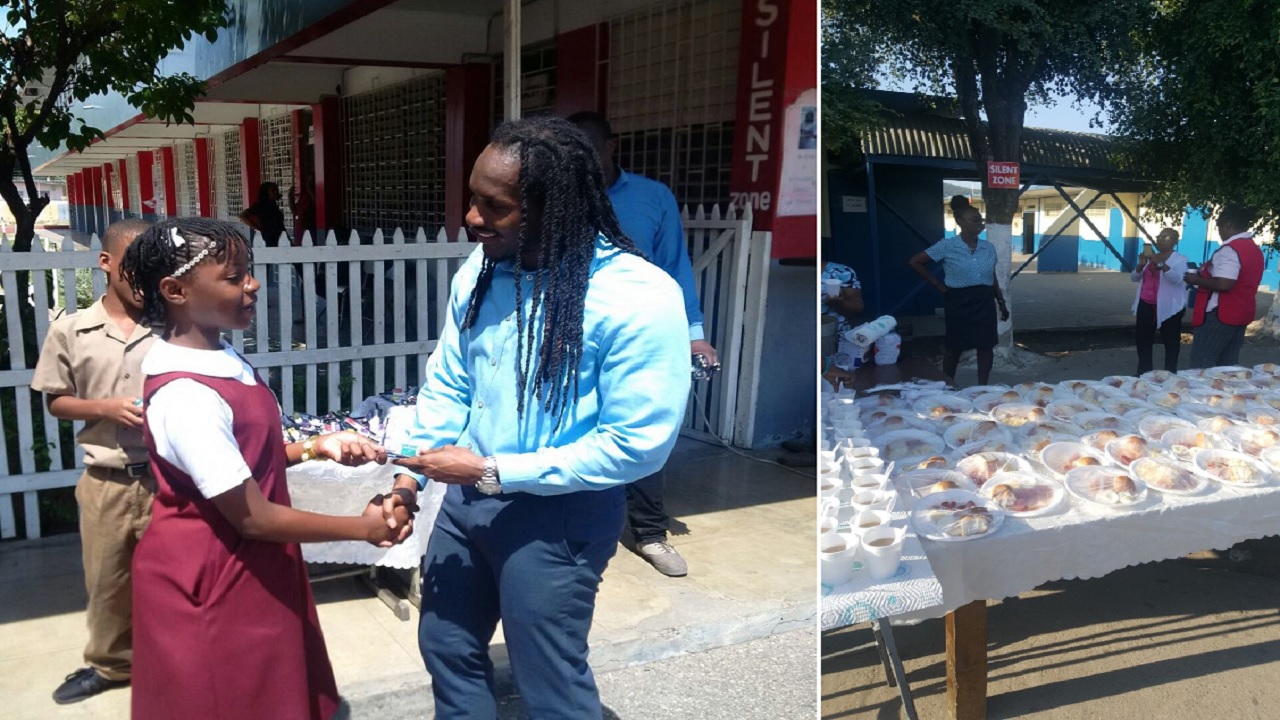 But the hallelujahs and genuflecting aside, it is the breakfast programme which earned the biggest kudos on Thursday morning.

"Today (Thursday) and Friday, we will provide the students with a healthy breakfast of eggs, sausage, porridge, fruits and tea. The whole exercise builds camaraderie, and trust, as the students can say their school provided for them, and the act of breaking bread together builds friendships," he said.

Terrelonge also provides full scholarships for the top boy and top girl at the school, provided that they have an over 90 average. Plus, the top ten students at each school get a Terrelonge Award of Excellence and a payment of $10,000 to $15,000 is paid over to the bursary of the school to defray the cost of tuition. He also provides scholarships to the top five students at the basic schools in his constituency.

Terrelonge knows the value of a great education. A graduate of Campion College, he grew up in war-torn Grants Pen in St. Andrew and attended Half Way Tree Primary school. Terrelonge pursued his legal studies at the University of the West Indies (UWI), where he attained his law degree in 1998. He enrolled at the Norman Manley Law School in 1998, where he completed his legal training in 2000 and was subsequently admitted to the Jamaican Bar that year.

In 2008, he was awarded the Chevening Scholarship by the British Council, to pursue his Master’s Degree at the University of Warwick, United Kingdom, where he studied courses related to international relations; international criminal law; and international human rights. He has been a partner in the legal firm Bailey, Terrelonge and Allen since 2001

"We must empower the next generation of black royalty and dare to dream," he said.

Do you have a positive story to share with us at Loop, as part of our new series, 'Smile Bright Jamaica?

If you do, email claude.mills@gmail.com