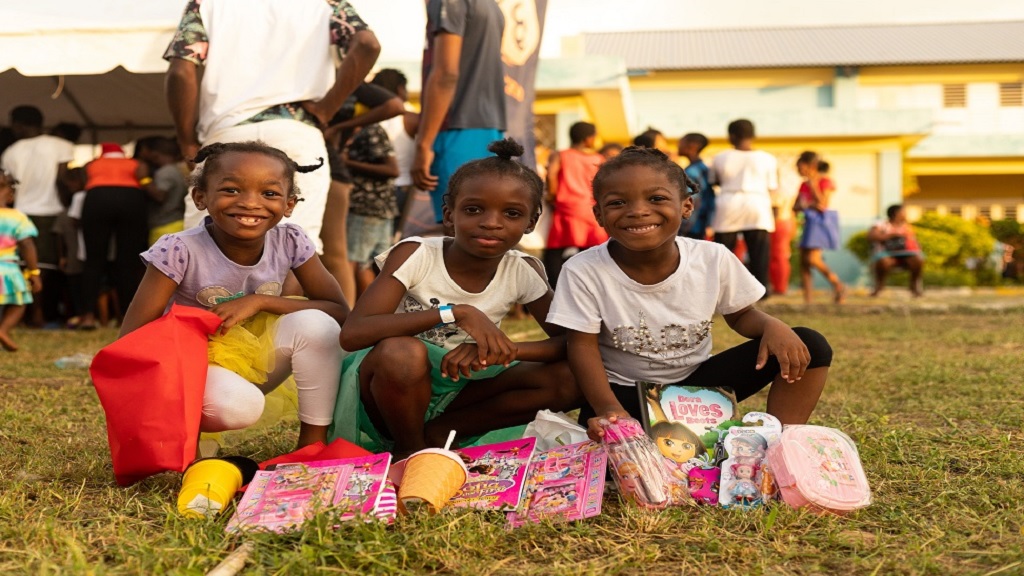 These children were all smiles during the Alacran Foundation Christmas treat over the recent holiday season.

Alacran Foundation continued to bring cheer and smiles to thousands of adults, children, and seniors over the Christmas holiday.

After touching the lives of over 1,500 community members with its Christmas outreach programme in 2018, the Foundation was at it again in 2019 - rallying around communities in Portland, Trenchtown, Hanover and Falmouth for Christmas, the activities of which were endorsed and supported by international public figure and philanthropist Rohan Marley, for another year.

The children received toys, books, and other school utensils, including water bottles and lunch boxes, to equip them for the remainder of the academic year. The event offered entertainment activities such as face painting, dancing competition, bounce-about, trampoline, and water slide rides, much to the delight of attendees. 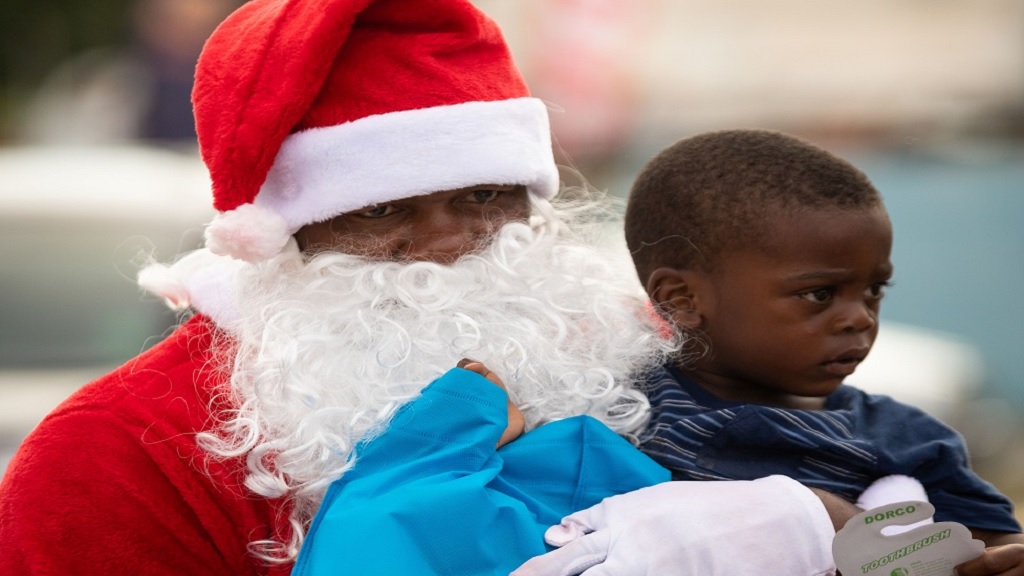 The Portland elderly treat featured a 100 year-old female resident in the Fairy Hill neighborhood who continues to serve as a beacon of hope and inspiration in the community.

According to the Foundation, the locations were chosen following the executions of projects that saw the revitalization and strategic upliftment of some of its infrastructure for the use and comfort of the members.

Alacran founder and CEO, Alessandra Lo Savio, said: "Alacran is committed to providing learning via the arts, music, and sports in Jamaica, a place I hold as home. We will continue our mission to gift our support to areas most vulnerable and provide a platform for the unfolding of talents and potential inside community members by supplying them with the much-needed resources."

With two and a half years in Jamaica, the Alacran Foundation has partnered with local organizations to reach communities who face impoverish and disempowering conditions.

As the Foundation enters a new year that will see it's official launch across Jamaica, several key projects will be carried out in communities in Portland, Kingston, Hanover, and Falmouth, the Foundation said, noting that it will partner with the Cinnamon Hill Golf programme to allow indigent children to participate.

Alacran believes in the use of sports to reach the youth, and so the Foundation will also continue its support of the Ky-Mani Marley-led Falmouth United football team. Additionally, the support for the Jamaica Reggae Girlz will carry into 2020, as the team now prepares to qualify for the 2020 Summer Olympics in Tokyo, Japan, after their successful entry and participation in the Women's World Cup.