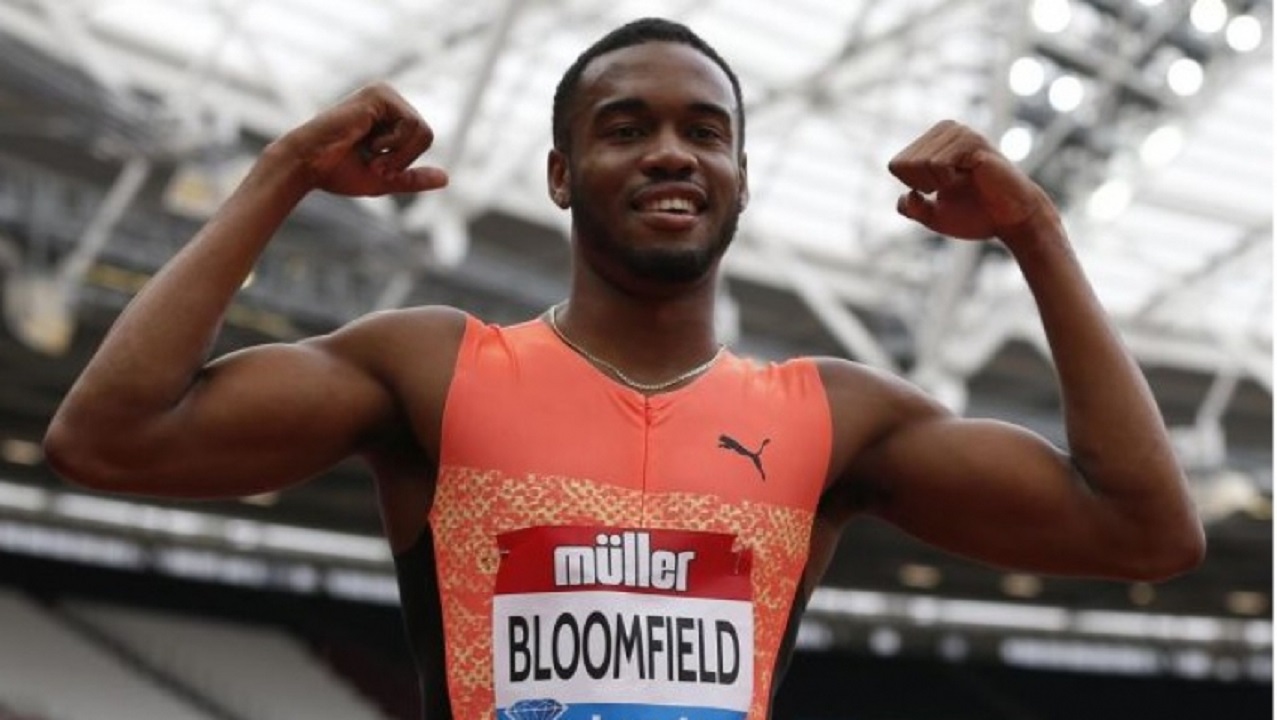 Akeem Bloomfield, who recently turned pro, was among three Jamaican winners on the second day of the Anniversary Games in London on Sunday, the 11th meeting on the IAAF Diamond League.

Bloomfield smashed his personal best by 0.19 seconds to win the men’s 200m in 19.81. Alonso Edward of Panama and Great Britain's Nethaneel Mitchell-Blake had started well, but Bloomfield, winner of the Rabat 400m last week, started motoring as he hit the straight, breaking the tape to comfortably beat Edward, who came through for second in 20.01 and Alex Quinonez of Ecuador, who finished third in 20.13.

Stephenie Ann McPherson and Ronald Levy were the other two Jamaican winners.

McPherson was a comfortable winner in the  women’s 400m. She was sharp through the first 200m and had enough in the tank to pull away down the straight, winning in 50.31 from Jamaican compatriot Anastasia Le-Roy, who clocked 50.85.  USA’s world indoor champion Courtney Okolo was third in 50.93.

Levy took the men's 110m hurdles. After a competitive opening half of race, Levy emerged off the fifth barrier with a lead. The Commonwealth champion held it through the remainder of the race to win in 13.13. The seven who followed him across the line were apart by just 0.14 seconds, Devon Allen of the winning the battle for second, clocking 13.30 and his American teammate Freddie Crittenden finished third in 13.33 seconds.

In the women's 100m hurdles, Jamaica's Danielle Williams, the gold medal winner at the 2015 World Championships Beijing, China, had to settle for fourth place in a high-quality field. She clocked 12.55.

The contest was run over two rounds and Williams clocked 12.67 to finish second to Kendra Harrison of the USA, who won the heat in 12.50.

In the final, Harrison put on a show,  beating the field in a world leading time of 12.36. Olympic champion Brianna McNeal of the USA won the second heat and had looked more comfortable on her way to a 12.41.

But in the final, Harrison moved best out of the blocks, although fellow American Christina Manning got up alongside her. McNeal, unusually, was more ponderous, and although she worked her way back into contention by half way, Harrison –-who set the world record in London in 2016-– was hitting her stride.

Displaying terrific snap off the hurdles, she pulled away through the final four barriers to win in 12.36, the fastest time in the world this year.

McNeal, the Diamond League leader, was second in 12.47, while Sharika Nelvis raced well through the second half of the race to record a season’s best of 12.51 to make it a USA 1-2-3 finish.

Jenna Prandini, the US champion, found an extra gear over the final 50m and won in a personal best 22.16. The victory moves her to the top of the IAAF Diamond League standings. US indoor collegiate champion Gabrielle Thomas finished well to claim second in a PB 22.19.

Ce-Aira Brown and Goule led into the home straight and went stride-for-stride through to the line. American Brown just edged it, recording 1:58.57 to win ahead of her Jamaican rival by 0.10 seconds. Briton Lynsey Sharp closed well to make it three under two, recording 1:59.34 for third.