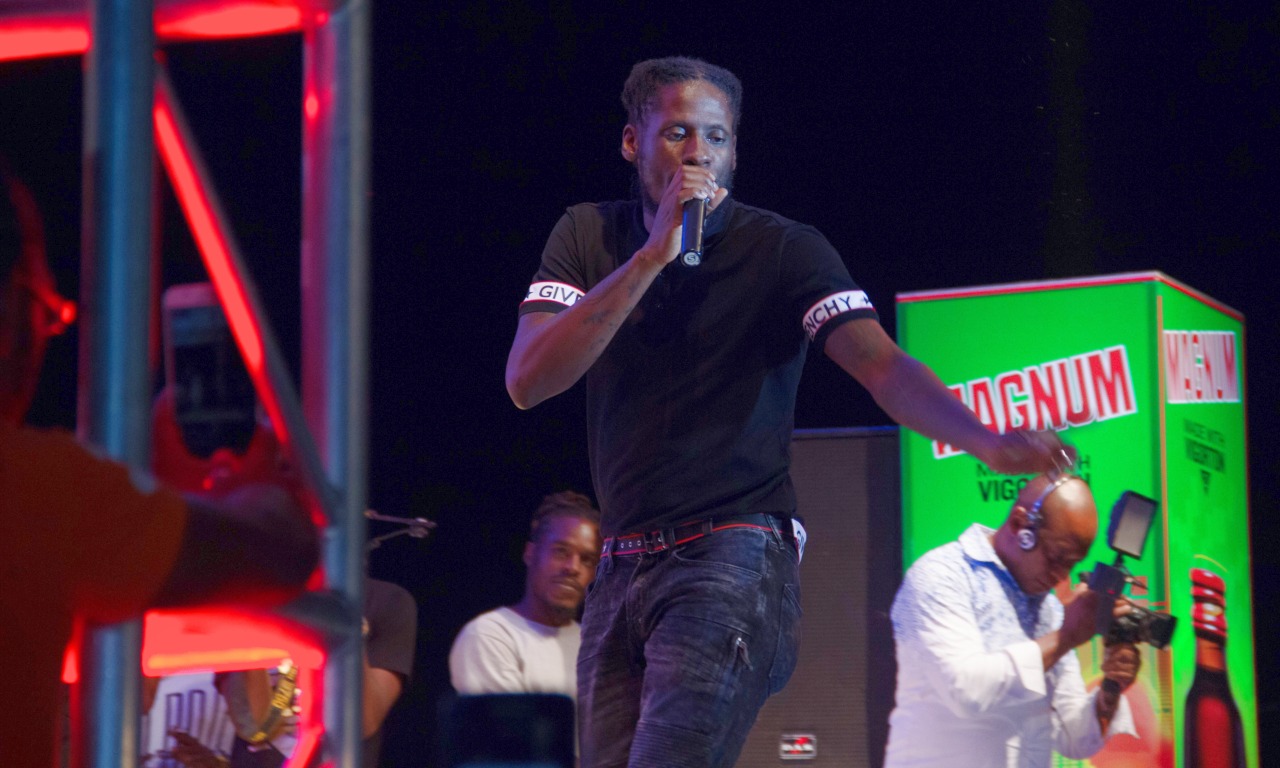 Dancehall artiste Aidonia is no stranger to the demands for entertainment that come as a result of the festive season, with entertainers usually experiencing some of their highest bookings during the yuletide period.

But despite a busier than usual performance schedule, Aidonia assures fans that each of his performance will bring its own air of unique energy.

The JOP team leader is one of several acts billed for Magnum Xplosion’s mega stage show slated for December 14, at the historic Melbourne Cricket Club in Kingston. Aidonia will take the stage along with label mate Govana, Agent Sasco, Teejay, Ding Dong, Bling Dawg, Mr Lexx and Spice. The event that is expected to be one of the premier events this season is set to attract dancehall fans from all walks of life.

Aidonia, who maintains the balance between dancehall superstar and family man, says fans should continue to expect the highest quality performance and epic stage presence they are accustomed to.

Known for donning some of the most dapper ensembles for performances, Aidonia attributes his distinctive style to a higher respect for the craft.

“Being a performer is a full time job, whether we admit it or not and the performance is much more than walking onto the stage for 35-40 minutes. It includes everything. As entertainers we are always the center of attention and personally I believe how I carry myself should represent that. In the same way a lawyer presents himself for court, that is how I present myself for the fans. They deserve the best of me,” he continued.

The artiste who has performed on several Magnum Xplosion Stages across the region including Guyana, Barbados and St Lucia, says Magnum Xplosion Jamaica will bring the curtains down in fine style.

“I’ve been around the region this year, bringing dancehall to a number of islands. The difference with Jamaica is you can’t bring dancehall to where it was born, so fans will experience the most authentic version. A Jamaica we kill the most show, this nah go normal. Fans know how it go when DiDi touch stage, especially this time a year,” he said.

With Magnum Xplosion being one of the key events on the artiste’s calendar for the remainder of the year, Aidonia urged fans to come out for an impeccable performance, promising not to disappoint.

Magnum Xplosion to ignite The Bahamas