After Canada legalises pot, industry eyes rest of the world 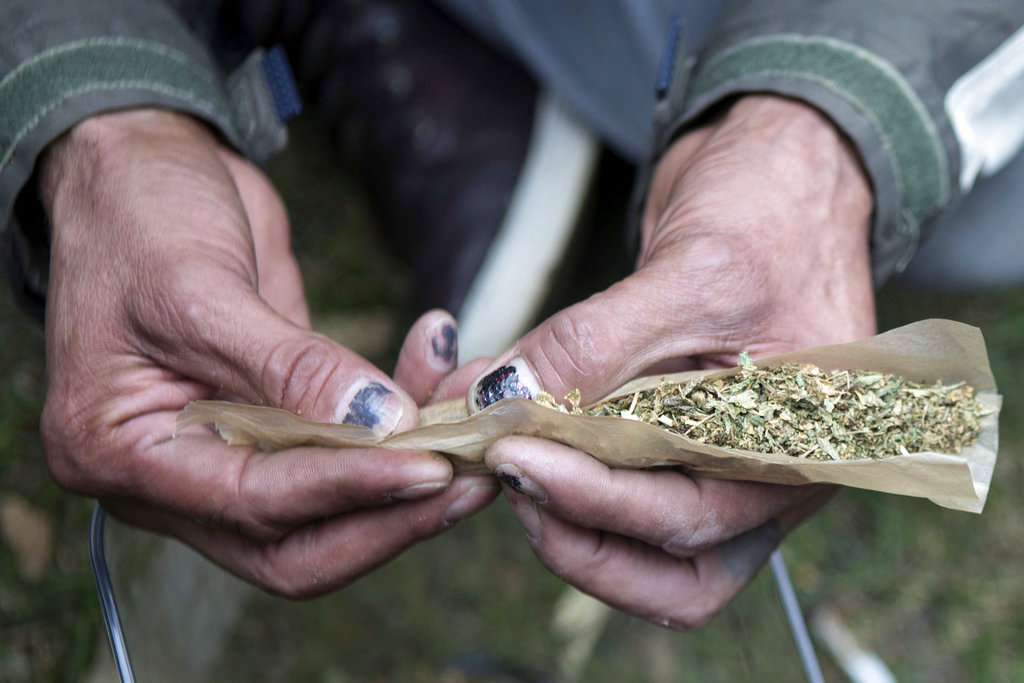 Cam Battley is a top executive at one of Canada's biggest marijuana companies, but he isn't sticking around to savor the country's historic pot legalisation.

He's off to Germany on Friday and Australia next week — a sign of what a leader Canada has become in the global pot industry, and of the reverberations, its decision to legalize could have internationally.

"It's a special moment, not just for Canada, but for the world because my strong conviction is that the rest of the world will follow suit," said Battley, chief corporate officer at Aurora Cannabis. "We're not known as wild and crazy. We're known for good public policy and I think they will follow our lead."

Battley will attend an investor conference in Germany and then head to Australia, which legalised medical marijuana in 2016. He'll meet with a corporate business partner and talk with policymakers in Sydney and Melbourne.

Battley's itinerary is indicative of the internationalisation of the marijuana industry. And with national legalisation taking effect Wednesday, Canada has emerged as the world leader. It's the second nation — and by far the largest — with the countrywide legalisation of so-called recreational pot.

Its deliberate approach, which took more than two years of planning, allows provinces to shape their own laws within a federal framework, including setting the minimum age and deciding whether to distribute through state-run or private retail outlets. That offers other countries a model somewhere between the more strictly regulated system in Uruguay, the only other country with legal sales, and the more commercial version in some of the nine U.S. states that have approved recreational marijuana.

Canada's federal approval has given its industry a huge advantage over its American counterpart, including unfettered access to banking and billions of dollars in investment. Canadians can even order marijuana online and have weed delivered by mail to their door.

That's all made for some envy among American cannabis entrepreneurs, including Derek Peterson, the chief executive of California-based marijuana producer Terra Tech. Peterson took out a full-page ad in the Wall Street Journal this week urging President Donald Trump to help ease prohibition and eliminate hurdles for the U.S. pot industry before Canada leaves it even farther behind.

Some in the U.S. Congress have also taken notice, pressing for the federal government to get out of the way of states that want to legalise, but it remains unclear what weight Canada's legalisation might carry south of the border.

It might have a more immediate effect in countries like New Zealand, where the government has promised a legalisation referendum by 2020, said John Walsh, of the advocacy group Washington Office on Latin America. Mexico, the Netherlands, and Italy are among other nations that have been mulling legalization. To the surprise of many familiar with Amsterdam's marijuana cafes, Holland has only very limited legalisation.

"This is the genie out of the bottle," Walsh said. "Because of Canada's reputation for being fairly careful, for being a good global citizen, and because of the scale of their market, it's a more likely example for other countries."

Battley said he expects the global recreational market to develop much as the medical market has done. Canada legalised medical marijuana nationally in 2001.

"Once you see Grandma and Uncle Ted using medical cannabis to manage their arthritis pain, suddenly the substance is not so scary and not so stigmatized," he said. "That opens up space for countries to move forward with consumer legalisation as well. I think Canada is at the forefront of a global megatrend."

Many customers celebrating Wednesday certainly thought so. Festivities erupted throughout the nation of 37 million.

Ian Power was first in line at a store in St. John's, Newfoundland, but didn't plan to smoke the 1 gram he bought right after legalisation arrived at midnight.

Montreal's downtown marijuana retail outlet has a sterile look, like a modern clinic, with a security desk to check identification. The products are displayed in plastic or cardboard packages behind counters. Buyers can't touch or smell before they buy. A small team of employees answers questions but don't make recommendations.

"It's a candy store, I like the experience," said Vincent Desjardins, a 20-year-old-student who plans to apply for a job.

In Alberta, lines snaked around some of the 17 legal shops that opened Wednesday, including an Edmonton branch of Fire and Flower, a company that hopes to open as many as 200 marijuana outlets across the country in the next two years. Fire and Flower Chief Executive Trevor Fencott brought his wife and three children — ages 16, 13 and 6 — for the opening, even though the kids were too young to go inside.

"They can't come in the store, but they can see the line, see this important moment in Canadian history," Fencott said. "Legalisation is about daylighting a lot of stuff that used to be in the shadows. Our kids are going to inherit this system, for better or worse, and I thought it was important for them to see this sea change in Canadian society."

US experts back marijuana-based drug for childhood seizures