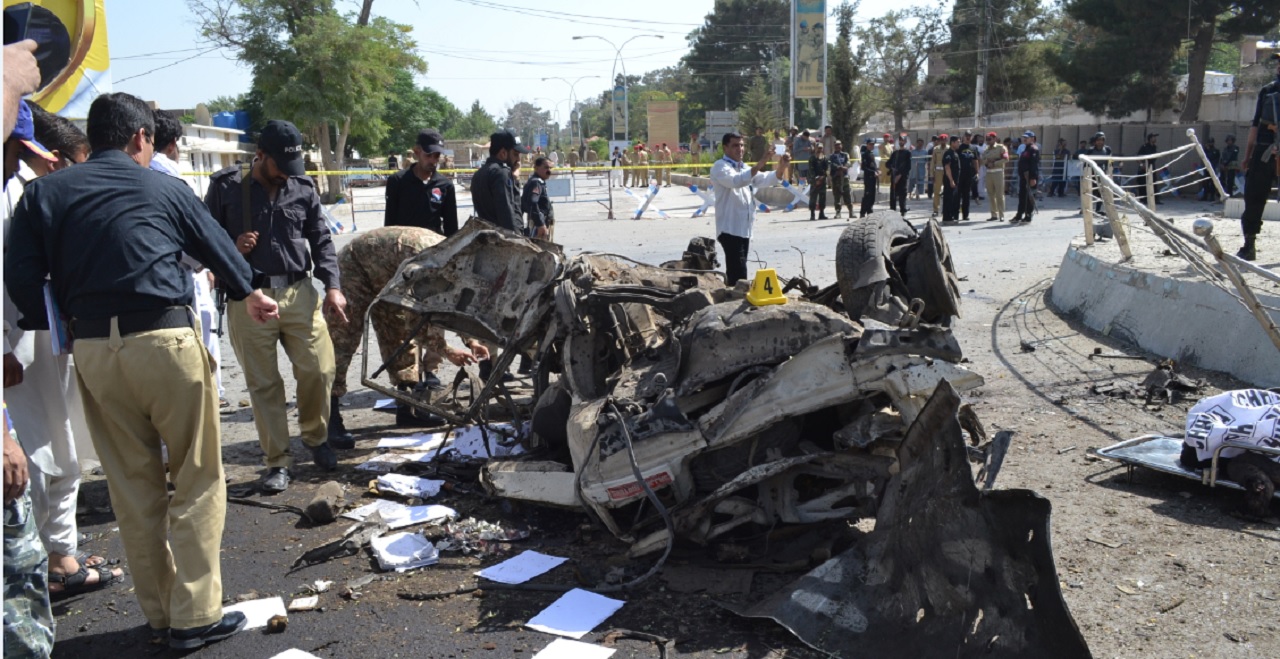 No group immediately claimed responsibility for the bombings, the latest in what has been a particularly devastating week that saw Taliban attacks kill scores across the country.

In Kabul, Maj. Gen. Alimast Momand at the Interior Ministry said the blast at the Shiite mosque killed 30 and wounded 45. The attacker was on foot and walked into to the Imam Zaman Mosque, located in the city's Dashte-e-Barchi area, where he detonated his explosives.

An eyewitness, Ali Mohammad, said the mosque was packed with worshippers, both men and women at Friday prayers, the height of the Muslim week. The explosion was so strong that it shattered windows on nearby buildings.

Local residents who rushed to the scene to help the victims were overcome with anger and started chanting, "Death to ISIS"— a reference to the Islamic State group which has staged similar attacks on Shiite mosques in recent months.

Abdul Hussain Hussainzada, a Shiite community leader in Kabul, said they are sure that Afghanistan IS affiliate was behind the attack. "Our community is very worried," Hussainzada told The Associated Press.

Dasht-e-Barchi is a sprawling neighborhood in the west of Kabul where the majority of people are ethnic Hazaras, who are mostly Shiite Muslims, a minority in Afghanistan, which is a Sunni majority nation.

As attacks targeting Shiites have increased in Kabul, residents of this area have grown increasingly afraid. Most schools have additional armed guards from among the local population.

The so-called Islamic State in Afghanistan has taken responsibility for most of the attacks targeting Shiites, whom the Sunni extremist group considers to be apostates. Earlier this year, following an attack claimed by the Islamic State on the Iraqi Embassy in Kabul, the militant group effectively declared war on Afghanistan's Shiites, saying they would be the target of future attacks.

Several mosques have been attacked following this warning, killing scores of Shiite worshippers in Kabul and in western Herat province. Residents say attendance at local Shiite mosques in Kabul on Friday has dropped by at least one-third.

In western Ghor province, in the Do Laina district, the mosque that was attacked on Friday was Sunni.

At least 10 were killed in that attack, including a local police commander Fazil Ahmad who was believed to be the target, said Mohammad Iqbal Nizami, spokesman for the provincial chief of police.

It has been a brutal week in Afghanistan, with more than 70 killed, mostly policemen and Afghan soldiers but also civilians as militant attacks have surged. The Taliban have taken responsibility for the earlier assaults this week that struck on security installations in the east and west of the country.