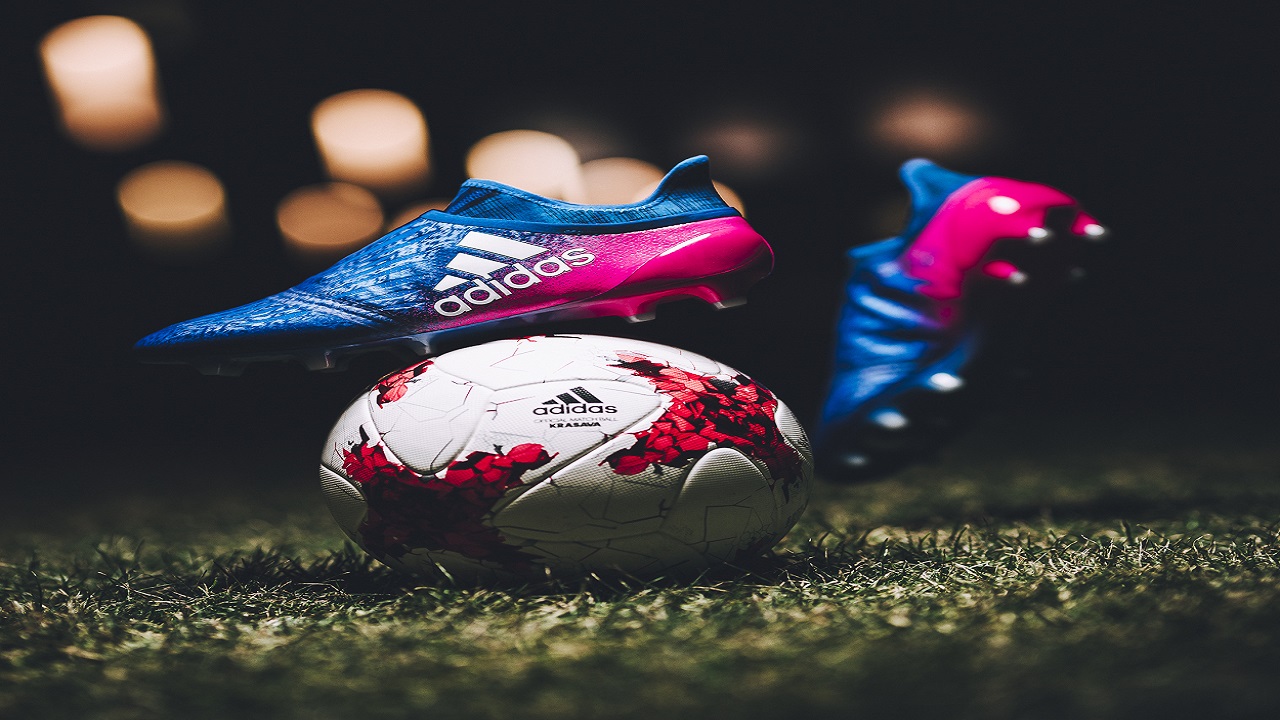 Adidas has introduced two of its newest products to Jamaica recently, following unveilings in the Latin America last month.

The X16 Blue Blast, worn by Welshman, with Real Madrid, Gareth Bale; German national player Thomas Müller; and Uruguay’s Luis Suárez of FC Barcelona, features striking blue and pink colourway with non stop grip (NSG) technology finish. This allows players to have greater control over their movement. With the Pure Cut Sock System, its laces are hidden under an upper layer of the shoe, while the SprintFrame outsole keeps the wearer's foot closer to the ground. These features provide support and proportion throughout the entire foot, creating stability during high-speed changes of direction.

Players will be able to purchase models made specifically for use in the stadium which has all the basic qualities, as well as cage and street versions.

The cage version has all the qualities of the stadium model with gum finish on the outsole. Street models will feature boost technology, a sole that is made with thermoplastic polyurethane - giving the wearer more energy in every step with added comfort.

Meanwhile, the Blue Blast ACE 17+ PURECONTROL will feature an all-new pure cut sock system that has been designed to provide optimal fit for wearers. This shoe boasts a signature highly stretchable material, which helps to lock the foot in place while it adjusts to a variety of complex movements. In addition, the new design will also include boost technology. Players have the option of purchasing the on-pitch, cage or street versions of the shoe. They will join the likes of French football play with Manchester United Club, Paul Pogba, as well as German player with Arsenal, Mesut Ozil.

Adidas, which has signed local brand ambassadors Chronixx and Kamila McDonald, is a major supplier and partner of some of the world’s largest and most recognised football gears, having high demand among fans of the FIFA World Cup™, the FIFA Confederations Cup, the UEFA Champions League, the UEFA Europa League and the UEFA European Championships alike.