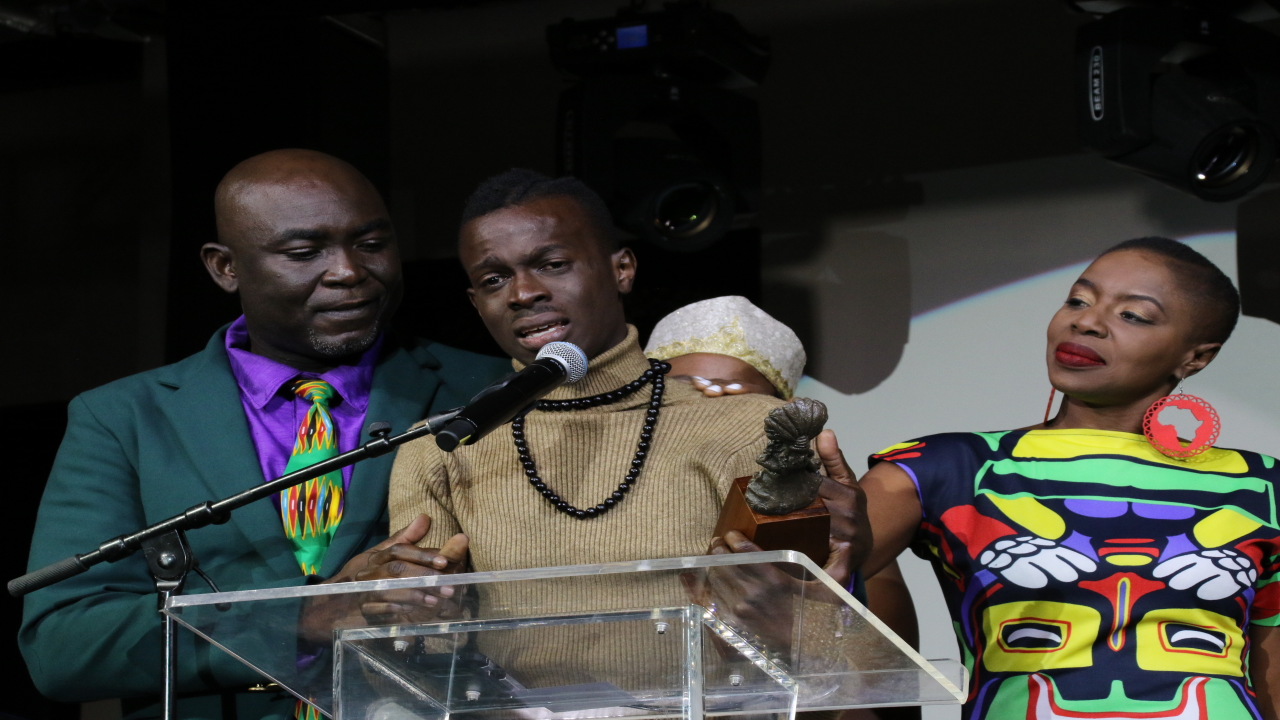 An emotional Desmond Dennis after winning the Actor Boy Award for Best Actor in a Lead Role. (PHOTOS: Llewellyn Wynter)

Desmond Dennis paid tribute to his late mother after walking away with the Best Actor in a Lead Role prize at the 28th Actor Boy Awards earlier this week at the Jamaica Pegasus.

Dennis won the award for the lead role he played in Maya Wilkinson's commercial debut, 'Heist', which garnered three awards from the 11 nominations it got. 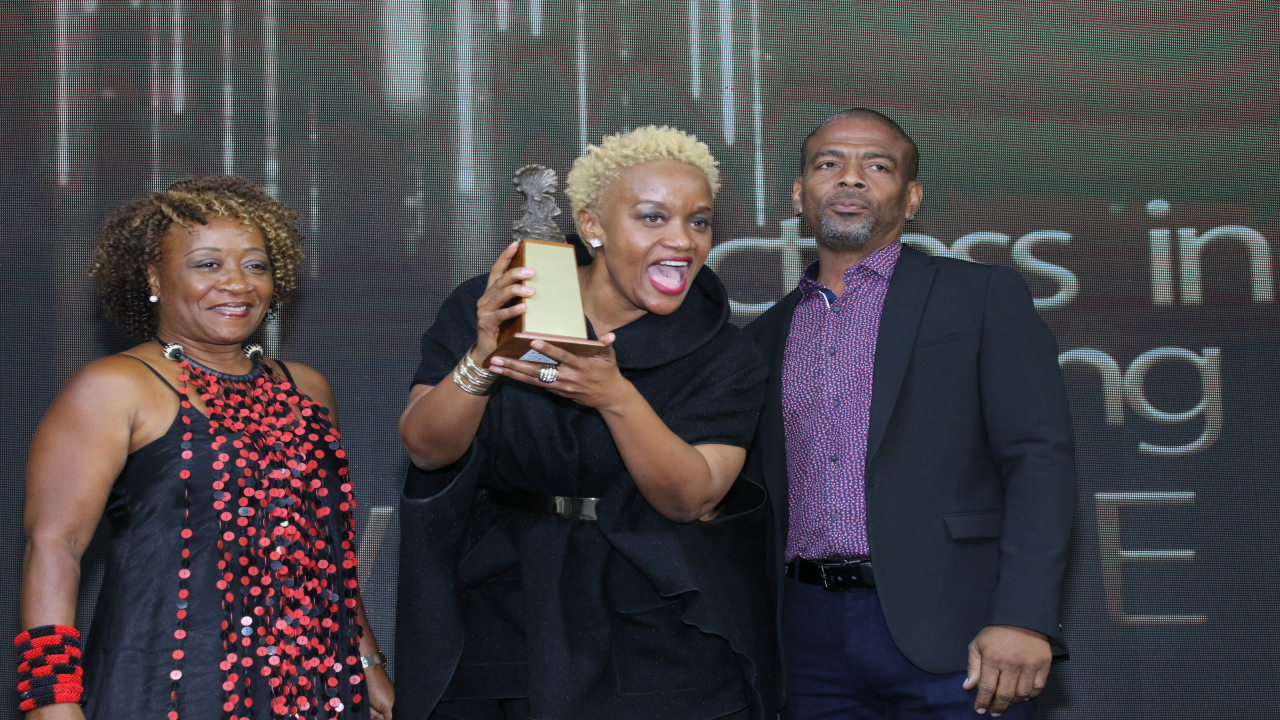 Dennis, who was winning the award in his first nomination in the category, dedicated the victory to his late mother.

In an emotional speech, he said, "this year is particularly special for me because my mommy passed and she only saw me play twice, and she didn't get to see this production. So it's for her. Everything I do is for her. I'm happy I won, just so I know that she's happy." 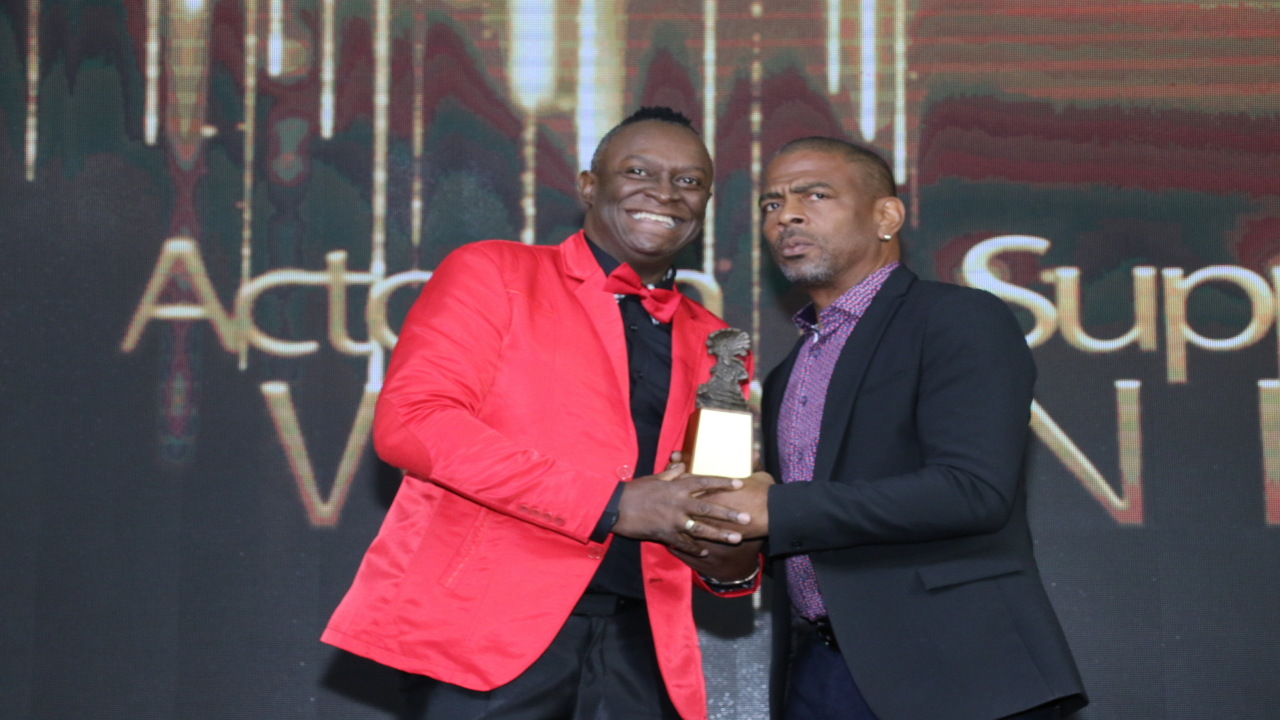 The event, via songs and skits throughout the night, also recognised industry players who work behind the scenes including prop masters, wardrobe misters and mistresses, stage managers and stagehands.

It was hosted by social media personality, Dutty Berry, and TVJ's Neisha-Yen Jones.

Loop News’ Llewellyn Wynter was at the glitzy function. See slider below for photo highlights.