94, including alleged gangsters, detained in Westmoreland 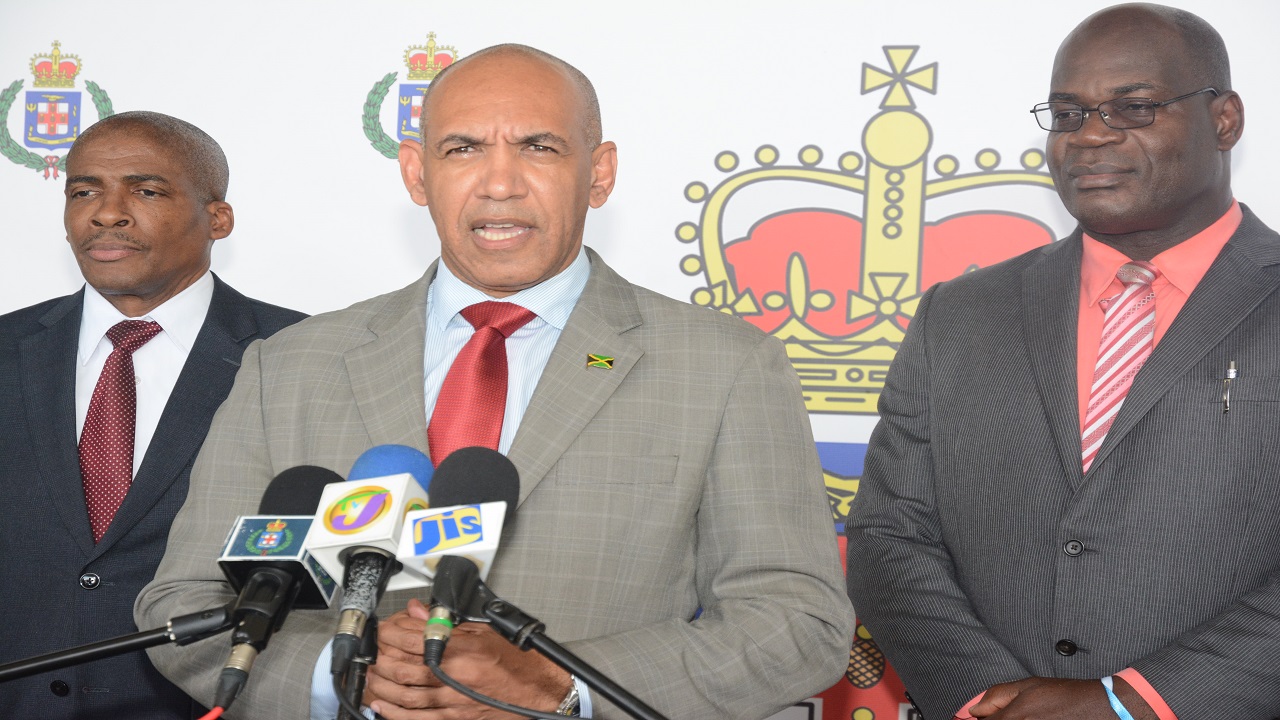 A total of 94 persons, including 13 alleged members of the notorious Dester gang from Savanna-la-Mar, were taken into custody during a major police/military operation in Westmoreland on Thursday.

A feud between the Dester Street gang and the Dallin Street gang has been blamed for a number of recent murders and shootings in Savanna-la-Mar.

Commissioner of Police, Major General Anthony Anderson, on Thursday told reporters that the alleged gang members were picked up that morning

He declared that the massive operation was in response to the recent upsurge of bloodletting in the parish and Tuesday's shooting spree in Grange Hill, in which two children were counted among seven persons who were killed.

Commissioner Anderson said not only the gunmen will be targeted, but also their financial backers.

"We'll not just be looking for those people who pull the trigger, because there is money behind them. A lot of the people who are pulling the trigger have no money of their own. They don't have any access to weapons. So somebody else is bringing them in, and those are the people we are looking for. We are targeting a number of businesses that seem to have links with what is happening in Westmoreland, and we will use whatever is at our disposal, legally, to disrupt these criminal organisations," the police commissioner said.

He was addressing a press conference at the Montego Bay Convention Centre in St James, where the 33rd Annual General Meeting of the Association of Caribbean Commissioners of Police (ACCP) was coming to a close.