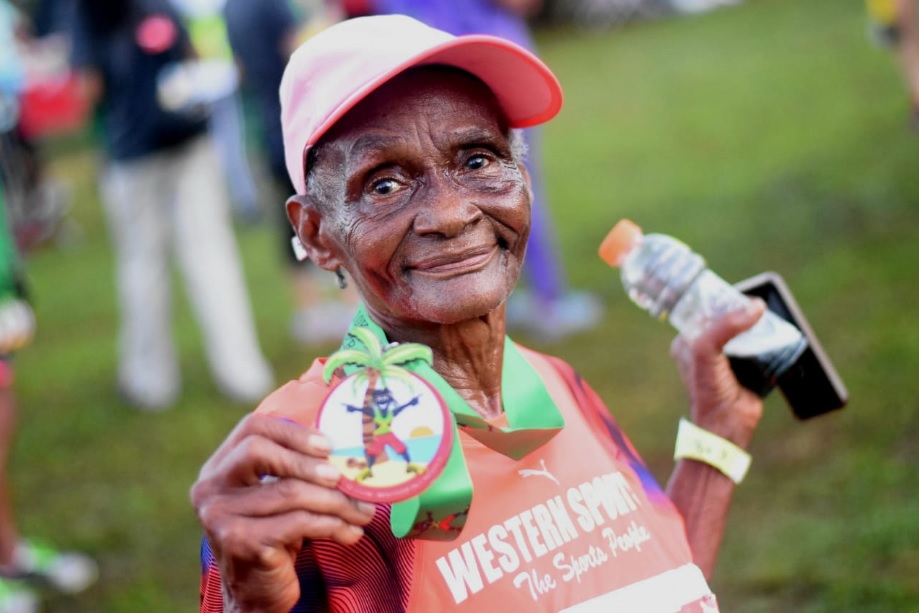 Gerline Nelson strode to the finish line to loud cheers and applause. She had just completed the Reggae Marathon 10K event in Negril, Westmoreland on Sunday morning, and was clearly delighted with her accomplishment amid lapping up being in the limelight, with photographers jostling for pictures of her.

She leaned back, stretched a foot forward and posed. She took off the sports cap she had donned for the race and once again struck a pose for another picture. She was certainly the photographers' delight.

The glare was on an 80-year-old great grandmother who started competing in track and field events at the age of 66 and has worn the national colours at senior citizens games and other events since then.

The photographic memory that Nelson possesses gives exact timeframes for her achievements, as she noted that she was born on Saturday, December 2, 1939, at 1 pm; started her running career at age 66 years, eight months and 21 days; and started long-distance running at age 71 years, 10 months and seven days. 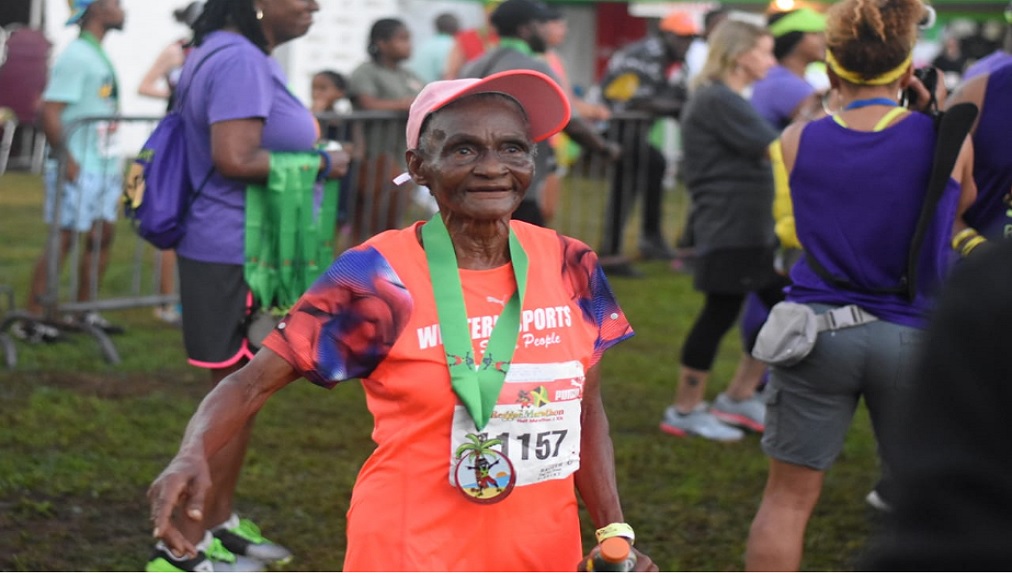 Nelson, a mother of seven boys and two girls, with 19 grandchildren and five great-grandchildren, said track and field is a passion for her, with family members supporting her throughout her journey on the track or course.

Two of her sons and two grandchildren, along with a daughter-in-law, were at Reggae Marathon just to give her the support that was needed as she tackled the event.

"It is a part of my life since I started. I specialise in the longer distances, but I run all of them. I have 100 first place between track and field and (distance) running events, (with) 23 seconds and two thirds."

Sponsored by sports goods store, Western Sports, Nelson bears fond memories of participating in the Antigua 10K and finishing third among the females, with only two 15-year-olds bettering her, as she took the top honours for her age group.

According to Nelson, she got involved in track and field at the request of the St James organiser for the Senior Citizens' Games. She said she defeated the four fastest athletes in St James at the time and was taken to the University of the West Indies (UWI), Mona Bowl for the national games.

Nelson, from the parish of St James, got an inspirational urge the morning before the games to run to Adelphi, which is about a mile from her home and nearly the distance of the 1,500 metres.

She said she ran the distance and upon her return, was sore and unable to walk. She was teased by family members that she would end up in the last place in her events in the national senior games.

However, fortune would be in her favour, as the morning of the games, she was the only competitor in her age group for the 1,500 metres, and would go on to represent Jamaica at the Caribbean Senior Games which was held in Trinidad and Tobago. She won gold medals in the javelin, 1,500 metres and the 800 metres.

Since then, running has been a joy for Nelson, as she has done 5K, 10K, 7K in road races, and the 800 and 1,500 metres at track events, and even took on the 26.2 miles of the Reggae Marathon once. And don’t be surprised that she has excellent records in all those events.

"It is very easy. You have to dedicate yourself. You have to be purposeful that you want to do something. You will have to do it with the grace of God assisting you," said, Nelson.