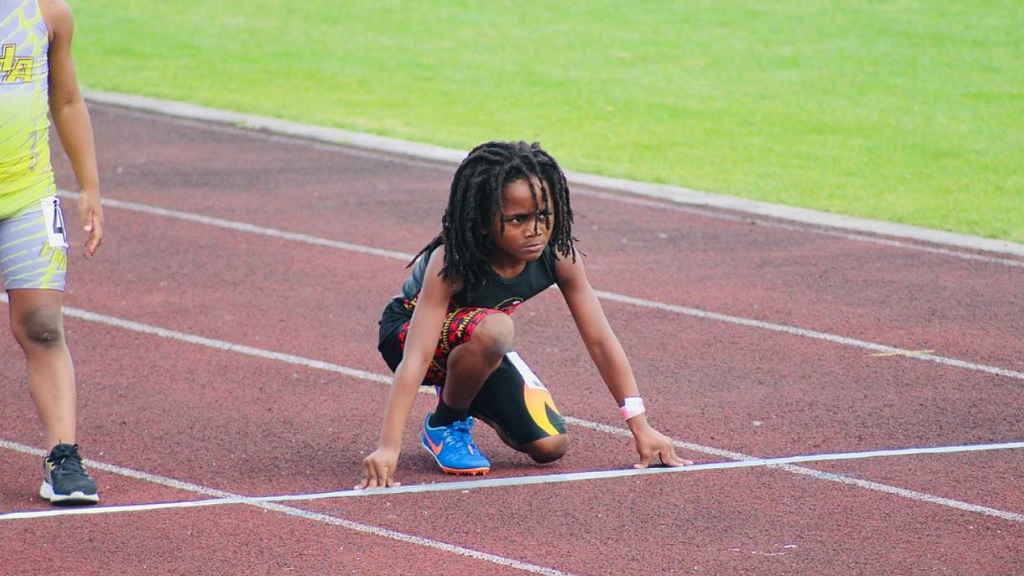 Seven-year-old Rudolph Ingram Jr. has been dubbed "the next Usain Bolt" after the Tampa youngster destroyed rivals over 100m at the weekend by posting 13.48 seconds - which would be a U.S. record for his age group.

Ingram Jr., who said he began training when he was 4, appears to be picking up where he left off last summer when he won the 100 and finished second in the 200 in his age group at the AAU championships.

The youngster, also known as Blaze, has a growing Instagram following that just topped 300,000 and viral videos all over the place. He has football skills too, and has drawn the attention of LeBron James and the Tampa Bay Buccaneers, among others.

According to his father, Rudolph Ingram Sr, who is an American football coach, Blaze became motivated after watching the Olympics and began training soon after the event.

“Proud to say, my son, maybe the fastest 7-year-old in the world. To the top love all those hours of training paid off,” Ingram Sr. tweeted via Instagram.

Despite possessing obvious sprinting talent, however, Ingram is more interested in American football.

I would beat Usain Bolt for speed on the pitch, claims Traore