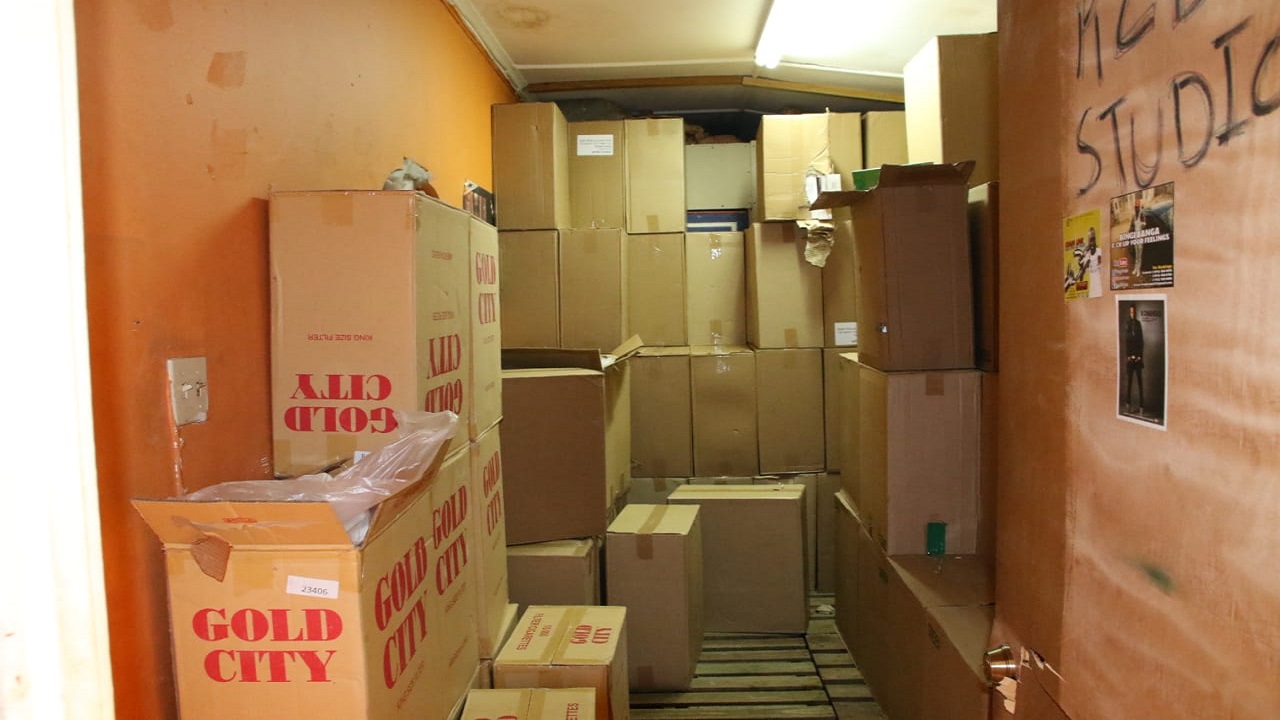 Boxes containing cigarettes seized during a police raid along Dumbarton Avenue in St Andrew on Wednesday.

Detectives from the Counter Terrorism and Organised Crime (CTOC) seized over $60 million worth of counterfeit cigarettes during an operation along Dunbarton Avenue in St Andrew on Wednesday evening.

Police reportedly, acting on information they received, went to a premises where several businesses were being operated about 4:45 pm.

Victor Barrett, Assistant Superintendent of CTOC told Loop News that during a search of two buildings on the property, a large quantity of illicit cigarettes were found.

Police up to late Wednesday were still questioning several persons in connection with the raid.

The seizure comes less than a month after an estimated $500 million in illegal cigarettes were seized by narcotics police and the Customs Department during a joint operation in Westgate Hills, St James.

A man was taken into custody following that seizure.

According to police reports, an anti-narcotic operation was carried out at a home in the community about 10:00 am on June 12, and during the search 890 boxes of cigarettes were found amounting to an estimated $500 million.

A follow-up operation was conducted in nearby Lilliput where a storage container was seized as it was believed to be used in the storage of the cigarettes.

Carreras Limited, the leading distributor of cigarettes and tobacco related products in Jamaica, has repeatedly raised concern about the massive rise in the illicit cigarette trade across the island.

It warned last year that, if the underground operation continues to grow at its current rate, the government will lose up to $1 billion in revenues this fiscal year.