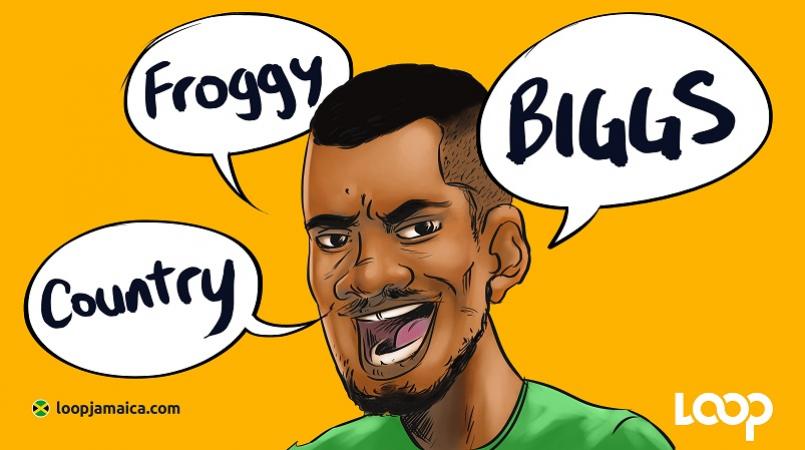 Almost everyone in Jamaica has been labelled with a nickname.

Some persons have been known by their nicknames for their entire life and their real names are only revealed when they are dead and it appears on their funeral programme. It may be a phenomenon that is unique to the land of wood and water, but for generations the practice has been ongoing. Some nicknames last through the years while others are changed or tweaked with each generation.

Loop News will attempt to chronicle some nicknames that have stood the test of time.

1. Blacks or Blacka – This refers to anyone whose skin is of a very dark hue.

2. Bigga or Biggs – Refers to one who is rotund or just plain fat

3. Fatta/Fatty – Another nickname for fat persons

4. Mumma – This nickname is often given to women who have influence in the inner city

5. Peas Head – If you have a small, funny shaped head, then you will be known as peas head.

6. Chicken – Someone who is very slim or meagre.

7. Froggy – Someone whose features resemble a frog.

8. Indian/Coolie – This name refers to anyone who has even a hint of Indian, Pakistani or Middle Eastern features. The name Coolie is used as a racial slur in some cultures but Jamaicans use the term lightly with no intention of degrading anyone.

9. Bugsy – A label given to persons with buffed teeth

10. Teetus – Another nick name for a buffed teeth person

11. Bones – Well this one is self-explanatory

13. Oney – Bestowed upon persons with one hand, one foot or one eye.

14. Chin – Nick name for those with oriental features.

15. Eggie or Egghead – If your head has an egg-like shape, bet your life your name will be either Eggie or Egg Head

16. Reds – Given to those whose skin is of a lighter hue.

17. Stamma – If you have stutter when speaking then automatically your name is Stamma

19. Killer – This does not necessarily mean that the person who is given this nickname is prone to murder but may refer to one who is great at whatever they do.

20. Mackerel – another name for skinny persons

21. Sprat – a nickname for the short and slim

22. Slim, slimmers – this is also self-explanatory

25. Tuffie – Nickname given to someone, especially females who are muscular and well chiselled.

26. Brown Man/Browning – A man/woman who has brown skin.

27. Birdie – Another nickname for slim people.

28. Bready - The name given to a bread vendor

30. Nuts – this is very popular name given not only to the peanut vendor but also many members of Jamaican society.

31. Boysie – This is a nickname that may be decades old and has been given to many a Jamaican man

32. Puppy – This is also another popular nickname given to persons for various reasons

33. Doggie – Another nickname that has stood the test of the decades

34. Sleepy – Given to someone who appears droopy all the time or who loves to sleep.

35. Country – Most often given to persons who hail from rural Jamaica

37. Foota – When your feet are above a certain socially-accepted size, be sure you will be called Foota.

38. Oily Back – Given to men who are very strong or who are perceived to be in short supply on sex.

39. Scooby - This is a nickname often given to persons who resemble the cartoon character, Scooby Doo.

40. Shaggy – Often given to persons with Shaggy hair.

41. Liver Lip, Lippy or Lipppo – Those with thickset lips are sure to be teased with this nick name

43. Foodie – A person who is considered gluttonous

45. Saddle Head - Refers to someone with a funny shaped head

46. Ants Man - A slim man with a big head usually gets that name

47. Ratty - Refers to someone who looks like a rat

49. Jubba - Who knows what it means?? However,  a lot of Jamaican men have this nickname

50 Cassie - Someone with crossed eyes