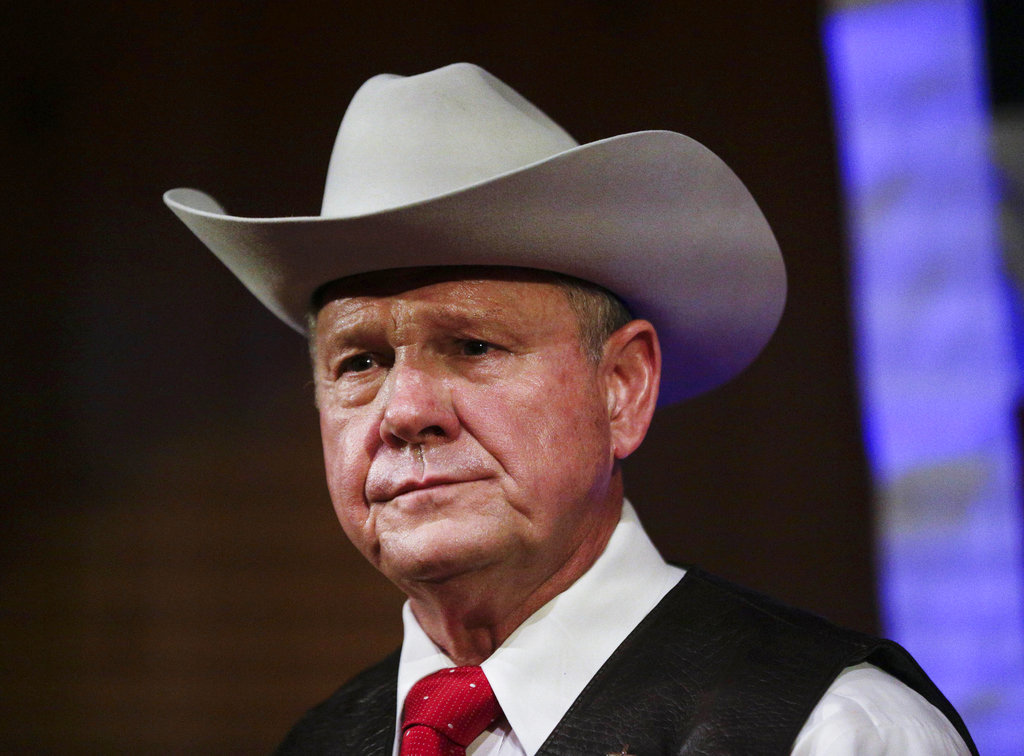 As Alabama votes to fill the seat vacated by Attorney General Jeff Sessions, the choice between Republican Roy Moore and Democrat Doug Jones has taken on outsized significance. Moore has faced allegations of sexual misconduct with teenagers, dividing the GOP and giving Democrats hope of picking up a seat in a reliably red state. Here is what to look for in Tuesday night's results:

WHAT IS THE TRUMP DRAW?

Alabama has once already proven the bounds of President Donald Trump's political influence. He endorsed Moore's GOP rival, Sen. Luther Strange, in the September primary, campaigning for him in Alabama hours before he was trounced by the state's conservative voters. Now Trump has wagered a greater sum on Moore's candidacy. The president resisted calls from his party's senior leadership to abandon Moore after the sexual misconduct allegations surfaced. He directed the Republican National Committee to re-enter the race on Moore's behalf, repeatedly attacked Jones, and recorded last-minute robo-calls on the Republican's behalf. A GOP defeat in the deep-red state would speak to the limits of Trump's ability to sway and motivate Republican voters.

WILL DEMOCRATIC TURNOUT EFFORTS PAY OFF?

In recent days, Democrats have pulled out the stops for Jones, including recorded calls from former President Barack Obama and visits from high-profile surrogates. They're trying to boost turnout among those most likely to be aggravated by Moore's controversial past, including black voters, and make inroads with suburban women_who proved to be pivotal to Democratic victories last month. Strong turnout and Democratic gains on both those fronts could point to trouble for Moore, and for the GOP going into next year.

Despite a ripe political climate, high-profile coverage, and huge injections of cash, Democrats are winless in five contests for vacant Republican congressional seats this year. All have been held in reliably Republican strongholds, but the defeats have still taken their toll on a party in a struggle for its identity. Wins in Virginia, New Jersey, and Maine in the November off-year election have provided some sorely-needed optimism for the 2018 midterms, and a Senate seat pick-up in Alabama would add pep to the party's step.

HOW WILL IT AFFECT RETIREMENTS?

Sensing a difficult midterm election looming, 16 Republican members of the House and two in the Senate have already announced they will not run again next year. The retirement gap_only six Democrats in the House and one in the Senate have said they won't run_can be an early indicator of what's to come in a midterm election. (A more even split of retirements exists for lawmakers retiring from Congress to seek other office.) Republican leaders are anticipating more retirements on their side from lawmakers in competitive seats where members are facing challenging and expensive contests. A Democratic victory statewide in Alabama could foretell a dire year ahead for Republicans, which could send more Republicans to announce their departures on their own terms.

WAS MOORE WORTH IT?

The Republican Party's decision to maintain support for Roy Moore stands to be a defining choice for years to come. The party chose to embrace a one-time pariah for reasons of political expediency, and then doubled-down in the face of troubling allegations of sexual assault and harassment. For the president, it's a matter of practicality_a loss would narrow the GOP's thin majority in the Senate even further at a time when his agenda faces critical tests. But other Republicans worry it's a short-term ploy that has sacrificed their moral authority and that may come back to haunt them in the coming year. Republican lawmakers have spent the past months struggling to answer questions about Moore and his long history of divisive comments, and should he win, his presence will loom large in the Capitol and on the campaign trail. If Moore keeps the Senate seat in Republican hands, it may justify the backlash for some GOP officials. If he loses, the GOP has stuck by a candidate despite accusations of sexual impropriety, and who has alienated vast swaths of the electorate, with nothing to show for it.

Final push for Moore and Jones in Alabama Senate race

Most Alabama Republicans say they are voting for Roy Moore