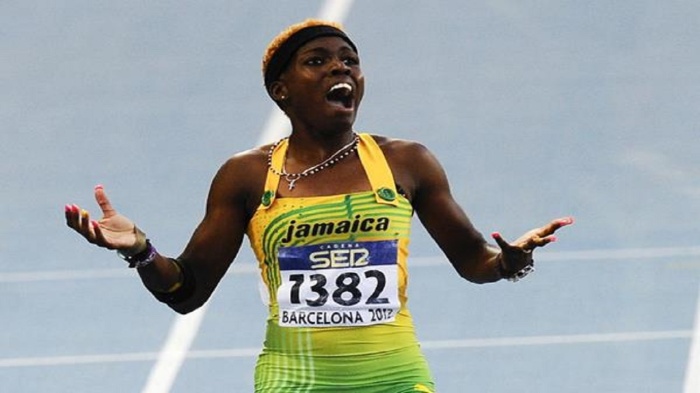 Commonwealth Games champion Janieve Russell is among five Jamaicans who will compete in the first of the two 2018 IAAF Diamond League finals, in Zurich on Thursday.

Spectators at Zurich’s Letzigrund Stadium have grown accustomed over the years to richly entertaining track and field action and they are highly unlikely to feel short-changed.

The field assembled across 16 disciplines – the other 16 will be settled in Brussels on the following night – is due to include 11 Olympic champions, 12 world champions and 11 European champions.

Russell, who has been very consistent this season, will face a tough line up in the women's 400m hurdles. The Jamaican will take on the recently established European champion, Lea Sprunger and defending and Rio 2016 champion Dalilah Muhammad of the United States.

The other Jamaicans down to compete in Zurich are Shanieka Ricketts and Kimberly Williams in the women's triple jump; Natoya Goule in the women's 800m and Tajay Gayle in the men's long jump.

Eight other Jamaicans will be in action the following day in  Brussells for the second of the two Diamond League finals.

The men's long jump will be interesting. What will happen when world and defending long jump champion Luvo Manyonga of South Africa meets the startling new talent of 20-year-old Juan Miguel Echevarria of Cuba, who almost leapt out of the pit at the Stockholm Diamond League in recording 8.83m, which would have been the fifth farthest legal mark recorded but for a following wind of 2.1 metres per second, just 0.1 over the limit.

DRAMA APLENTY AS WINNER TAKES ALL

Last season’s introductions of the winner-takes-all format for the finals -- with the coveted Diamond Trophy in each discipline and a US$50,000 winner’s check up for grabs -- heightened the drama and left some unexpected athletes feeling, in the words of the Bahamian sprinter Shaunae Miller-Uibo, who completed a 200/400m double across the Zurich and Brussels meetings, “happy, happy, happy!”

It’s debateable whether the Rio 2016 400m champion would have attempted such a double had she been operating under the old system where points earned in the preceding 12 meetings were carried into the two finales.

Germany’s Olympic javelin champion Thomas Rohler threw 93.90m at the season-opener in Doha, putting him second on the all-time world list, and won two more Diamond League meetings before the final, with the other going to his compatriot Johannes Vetter, who took the world title in London. But the Diamond League title went to the Czech Republic’s Jakub Vadlejch's victory with 88.50m.

On the day before the main programme in Brussels, competing in the city centre, United States shot putter Darrell Hill claimed the Diamond League title with the throw of his career to date to beat a field including his compatriot, Rio 2016 champion Ryan Crouser, and New Zealand’s world champion Tom Walsh.

Sergey Shubenkov, whose defence of his world 110m hurdles title in London last month had ended with a silver medal behind the new champion Omar McLeod of Jamaica, took his first Diamond Trophy.

How happy will Echevarria be at the end of Thursday night? Although his extraordinary achievement in Stockholm cannot stand in the main lists, he still holds the best valid jump of 2018 with 8.68m, set on his 20th birthday at Badlangensalza in Germany on August 11. That took over the world lead of 8.58m set by Manyonga, who took silver behind the Cuban at the IAAF World Indoor Championships in March.

IS INGEBRIGTSEN READY FOR A FAST TEST?

But the South African has had a hard road to his current prominence and has disciplined himself to become a hugely consistent performer. Also in the mix will be the Rio 2016 champion Jeff Henderson of the United States.

Norway’s 17-year-old wonderboy Jakob Ingebrigtsen’s European title wins over 1500 and 5000m were little masterpieces of judgement and audacity – but victory, rather than a swift time, was the object in both cases. If the Kenyans - Timothy Cheruiyot and his training partner Elijah Manangoi - go off hard it will surely be hard for him.

But he will have some moral support in the form of his elder brother Filip Ingebrigtsen, whose European 1500m title he took this month, and who is the fastest man this year behind the Kenyan duo with the 3:30.01 he ran in Monaco, when his kid brother finished one place behind him in his personal best of 3:31.18 to stand fourth in the 2018 world list. At 17…

Dina Asher-Smith will face Dafne Schippers, the double world 200m champion, over 100m, having beaten her over 100 and 200 in Berlin.

Mujinga Kambundji will fully engage the home crowd, having become the first Swiss under eleven seconds this season.

LYLES VS GULIYEV OVER THE HALF LAP

But Turkey’s world and European champion Ramil Guliyev, who ran 19.76 to win the latter title, will be doing his best to make sure the ebullient 21-year-old doesn’t have it all his own way, as will Swiss record holder Alex Wilson.

Rio 2016 champion Ryan Crouse, New Zealand’s world champion Tom Walsh and American Darrell Hill are back in the Diamond League shot put final, with a new contender in their midst, European champion Michal Haratyk, who has thrown over 22 metres this season. Take your pick.

Olympic, world and twice European pole vault champion Katerina Stefanidi, world indoor champion Sandi Morris and London 2012 champion Jenn Suhr, enjoying what she describes as a “revitalised” career, are all capable on the day of victory.

But despite the fact that she has not yet cleared 5.00m as her rivals have, Stefanidi is a proven championship competitor. It won’t be easy to take her Diamond League title off her.

Rio 2016 triple jump champion Caterine Ibargüen, who will also contest the women’s long jump in Brussels, looks in a good position to defend her title against a field that doesn’t include her young rival, Venezuela’s world champion Yulimar Rojas, although Tori Franklin of the United States, who has jumped 14.84 to the Colombian’s 14.96 best this year, could spring a surprise.

KIPRUTO AND EL BAKKALI, THE NEXT CHAPTER

World and European champion Mariya Lasitskene’s rage at failing to clear more than 2.00m in winning the latter title this month offered a clear indication of her standards.

She will need to be at that level at least to defend her Diamond League title against a field that includes the Bulgarian who took silver on countback in Berlin after also clearing 2.00m, Mirela Demireva, world silver medallist Yuliya Levchenko of Ukraine, and Germany’s European bronze medallist Marie-Laurence Jungfleisch.

GARDINER BACK IN DIAMOND LEAGUE ACTION

Britain’s European 400m champion Matthew Hudson-Smith will have to be at his very best to compete with the US athlete who beat him at the Birmingham Diamond League meeting, Fred Kerley, and Steven Gardiner of The Bahamas, second in this year’s world list with 43.87.

It is hard to see anyone preventing South Africa’s world and Olympic 800m champion Caster Semenya from successfully defending her Diamond League title, although world and Olympic silver medallist Francine Niyonsaba of Burundi and world bronze medallist Ajee Wilson of the United States will try all they know.

The women’s javelin looks like an open affair, with Tatsiana Khaladovich of Belarus and the Chinese pair of Huihui Lyu and Shiying Liu all having thrown farther than 67 metres this season.

The meeting will be topped and tailed by an exhibition pole vault at the main station involving a stellar field including world record holder Renaud Lavillenie and world champion Sam Kendricks, and a closing 4x100m women’s relay involving Jamaica, Britain, The Netherlands, Germany and the host nation.