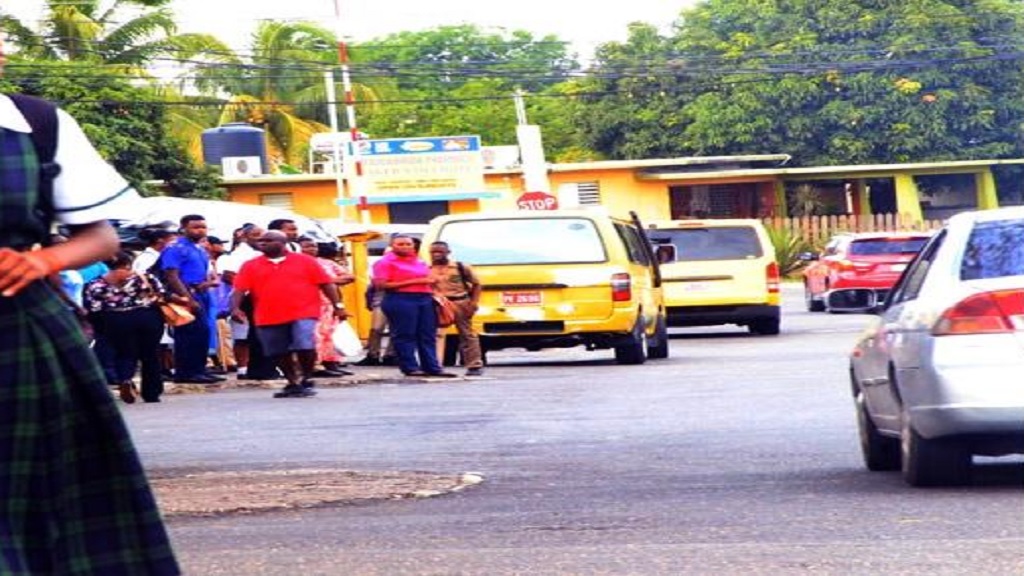 The nerve-centre of the ongoing gang conflict, the Chancery Street transportation hub in St Andrew.

A vicious war between gangs from the communities of Common and Ackee Walk in St Andrew has so far claimed the lives of five persons, the police have confirmed.

The last incident occurred last week when two men were gunned down at the busy hub of Chancery Street as commuters boarded buses and taxis.

The two gangs were once living in peace for years in the communities which are within relatively close proximity to each other.

The community of Common is bordered by Red Hills Road, Donmair Drive, Christopher Boulevard and a tributary of the Sandy Gully to its west.

Ackee Walk is located close to a bridge along Molynes Road in the vicinity of Queensbury and Valentines Castle Drive.

Things took a turn for the worst when both gangs fell out of favour with each over the proceeds of an illegal extortion racket which has plagued the section of Chancery Street where the latest double murder took place.

A police source told Loop News that thugs target operators of minibuses which ply the Rock Hall to Chancery Street route, and route taxis operators who ply the Half-Way Tree to Chancery Street route. The extortionists are said to be very brutal to any operator who does not comply with their demands, and at least one operator has been gunned down there in recent years.

“It has been a constant problem for the St Andrew North Police. The police know that the racket is alive and well, but are powerless to stop it completely, as the operators who are the victims, are afraid to report it. If there is no complainant, there can be no charges laid,” the cop said.

A few years ago, two men were arrested, charged and convicted for extortion activities in the area, but the illicit practice continues unabated.

The killings started when two men were shot and killed at Ackee Walk. Then the bloodletting continued after gunmen struck in the community of Ackee Walk and shot three men dead over a three-day period.

On Wednesday morning the police were out in their numbers, and patrolled both communities in a bid to fend off any further acts of reprisal.

That section of Chancery Street that has been most affected, has degenerated into an eyesore, and is a hazard for both motorists and pedestrians, due to the heavy traffic and the presence of loiterers in the area.

But the police have given the assurance that they will pull out all the stops to beat back the criminals and make the streets safe for law-abiding citizens to conduct their business without fear.

Extortionist killed 'on the job' on 'Back Road'