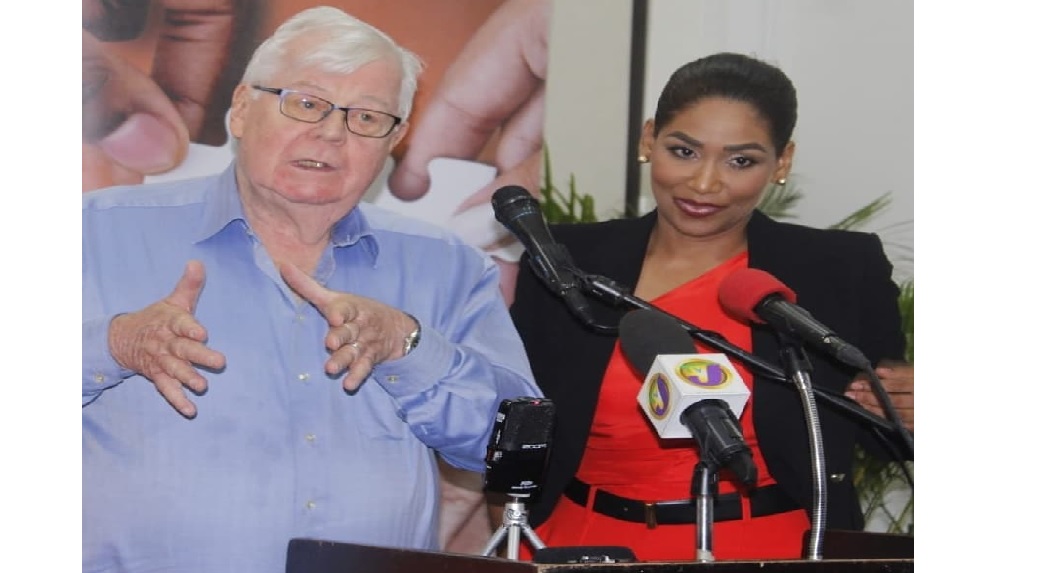 Forty-six per cent of Jamaicans believe the country is heading in the wrong direction while 30 per cent believe it is moving in the right direction, according to noted pollster Bill Johnson.

Those are among the major findings of a public opinion poll conducted over three days from August 2-4 by Johnson, on behalf of Opposition Leader, Dr Peter Phillips’ OnePNP campaign.

According to the poll, the findings of which were released on Monday by the OnePNP campaign during a press conference at the Spanish Court Hotel in New Kingston, 24 per cent of respondents did not offer an opinion on the direction in which the country is headed.

Johnson, who gave an analysis of his poll during the press conference, suggested that the governing Jamaica Labour Party (JLP) should be concerned by these poll numbers. He pointed out that previous polls that showed that a significant number of Jamaicans were of the view that the country was heading in the wrong direction, resulted in defeat for the party forming the government at the time.

It happened in 2007 when the PNP, under Portia Simpson Miller, lost to Bruce Golding’s JLP. It happened again in 2011 when the JLP, with Andrew Holness at the helm, lost to Simpson Miller. In 2016, with the Johnson polls showing that 55 per cent of Jamaicans were concerned that the country was heading in the wrong direction Holness turned the tables on Simpson Miller, eking out a one-seat victory in the General Election.

“…The fact that now (only) 30 per cent say the country is going in the right direction, if I were the JLP, I wouldn’t sleep very well,” Johnson said during the press conference.

Johnson’s latest poll was conducted in 84 communities islandwide and involved 1,008 respondents. It has a margin of error of plus or minus three per cent.

In his analysis, Johnson said: "Seventy-five per cent of the people are either treading water or slowly sinking on the basis of this. That is not a good sign for an incumbent government to have that many people treading water, trying to survive."

And, the poll also found that nearly two-thirds of Jamaicans (62 per cent) expressed that crime and violence are the most pressing problems facing the country at this time.

This is followed by unemployment which came in at 22 per cent despite the unemployment rate being at a 50-year low.

The issue of corruption was listed by five per cent of respondents as a significant issue and Johnson warned that the government should be worried. He said that in his 23 years of polling in Jamaica, corruption has never registered more than one per cent.

"We've hit a point where I think people are really concerned about corruption... A lot of people feel that Holness is not doing enough about corruption. I would wager if we do another poll in another couple of months, you're gonna see that five per cent is probably doubled," said Johnson.

The poll also found that the PNP with Phillips at the helm was now in a statistical dead heat with the JLP.

Up to March this year, and dating back three years, Phillips had constantly been trailing the JLP and Holness, including by up to 11 percentage points in the Don Anderson polls released in March.

However, according to Johnson, if Bunting were the leader of the party, the PNP would receive 27 per cent of the votes to the JLP’s 36 per cent.

Johnson said “These numbers show, without a doubt, that a Peter Phillips-led PNP would be a much stronger party against the JLP than a Peter Bunting-led PNP.”

Based on the findings of the Anderson poll which were released by Bunting’s team last Wednesday, the Central Manchester MP would have an easier time defeating Holness and the JLP in the next General Election.

When asked ‘Who had the better chance of beating Prime Minister Andrew Holness?’, 36 per cent of respondents said Bunting, 16 per cent said Phillips, 19 per cent were ‘not sure’ while a significant 29 per cent said ‘none’.