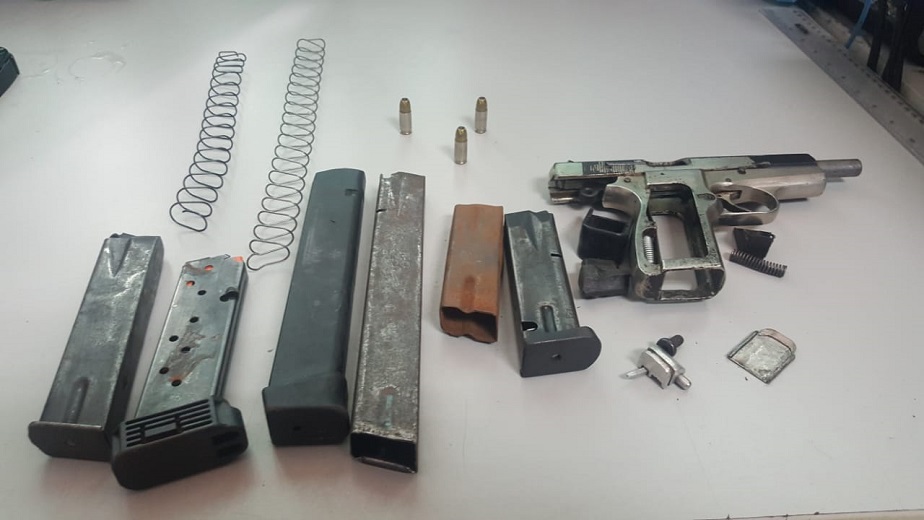 The Police High Command is commending the management and team of the St Andrew South Police Division for their outstanding work in ridding the nation’s streets of 45 illegal guns since the start of the year.

Since last week, three firearms, along with 38 rounds of assorted ammunition, have been seized in the division.

Two persons have been arrested and charged in relation to the latest seizures.

On Tuesday, May 15, at about 3:35 p.m., a Remington shotgun with seven 12-gauge cartridges was seized by the police during an operation at Riverton Meadows, Kingston 11. Sixty-three-year-old Paul Rainford of Red Ground, Old Harbour, St Catherine was taken into custody in relation to that seizure.

Two days later, on  Friday, May 17, at about 12:40 p.m., an AK-47 assault rifle with a magazine containing nineteen 7.62mm cartridges was seized at Ashoka Road, Kingston 11, by the police in an abandoned building. No one was taken into custody in connection with that seizure.

Approximately nine hours later, a black and silver 9mm pistol with a magazine containing twelve 9mm cartridges was seized by the police while on patrol at 33 Lane, Kingston 11. Twenty-nine-year-old Sheldon Murray, a deliveryman of Waltham Park Road, Kingston 11, was arrested and charged in connection with the find.

The court dates for the persons who have been taken into custody are to be announced at a later date.

4 guns, including high-powered one, found ‘buried’ in Hanover cemetery