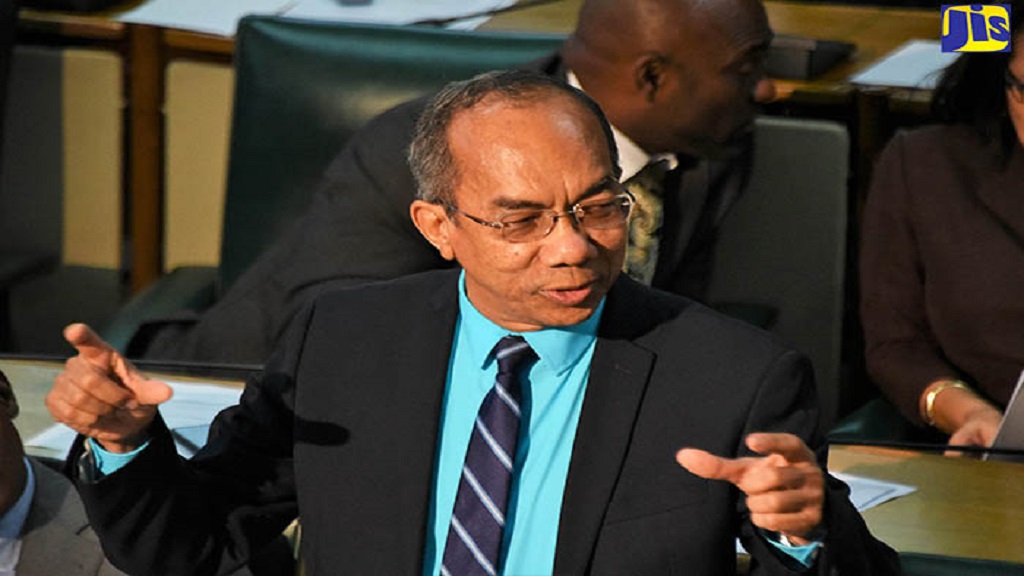 Dr Horace Chang on the floor of Parliament (file photo)

There are 381 criminal gangs that have been identified as operating in Jamaica, with a membership of approximately 9,000, National Security Minister, Dr Horace Chang has indicated.

Chang gave the figures during a ministerial statement he made in the House of Representatives on Tuesday as an update on the anti-gang measures being pursued by the Government.

Specifically, the minister was giving an update on the parliamentary review which is aimed at strengthening the Criminal Justice (Suppression of Criminal Organisation) Act 2014, which is more popularly known as the anti-gang legislation.

“Gangs are the cause of nearly 70 per cent of the homicides in this country,” he said, adding that the gangs are the number one cause of crime and violence nationally.

“The data suggest that as at August of this year, there were 381 gangs responsible for perpetuating the most heinous crimes locally, and also mobilising transnational criminal activities,” Chang stated.

He pointed to the recent collapse of the prosecution’s case, which resulted in 19 alleged members of the Westmoreland-based Dexter Street gang being set free after a key witness was reportedly killed.

The police have indicated that the witness refused to be part of the Witness Protection Programme.

The security minister said witness management is a crucial part of the process that can have direct impact and implications on the outcomes of gang-related cases.

“It has become public knowledge that the challenge faced by the Office of the Director of Public Prosecutions (DPP) to successfully prosecute alleged members of the Dexter Street gang hinged on the availability and credibility of witnesses,” said Chang.

“Eyewitness information and witness management are critical elements in ensuring successful prosecution and disrupting the gangs."

As such, he said persons who come forward to testify against gang members must be assured that they and their loved ones will be protected.

However, the minister conceded that the added challenge in managing this type of witness is that in anti-gang investigations, the same witness is (usually) a person “pulled from the criminal mix”.

Chang said based on the lessons learnt from the experience of the Dexter Street gang case, additional support will have to be given to witnesses going forward.

He said despite the reported demise of the witness in the case involving the alleged Dexter Street gang members, the Witness Protection Programme has an impeccable record, with only one witness being lost in the programme in over 20 years. That witness was said to have deviated from the instructions within the programme.

Meanwhile, Chang described the current state of affairs as “an ongoing process”. He said there are 14 gang-related cases still to come in the courts, and the trial of the Uchence Wilson gang should be finished within a few weeks.

“We will begin the trial of Tesha Miller… in another week or two, and there are several others,” said Chang.

Among other measures being looked at to address the situation involving gangs are plea bargaining, identifying and establishing parameters for addressing the professional, legal and financial facilitators of gangs, and the voluntary nature of witness engagement and participation.

The security minister also told the House that the DNA database should be reading within the coming weeks, at which time Jamaica will boast the most modern forensic laboratory in the region.