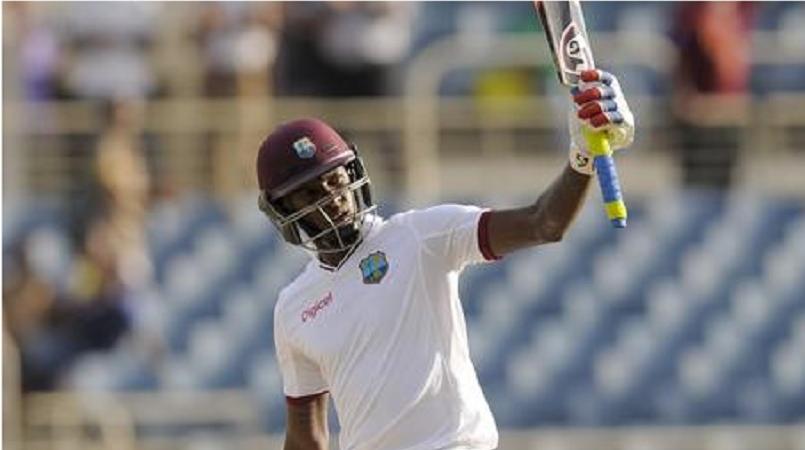 Test batsman Jermaine Blackwood is among three Jamaicans named in a 13-member West Indies A squad for three One-day matches against England Lions on March 6, 9 and 11 at the Coolidge Cricket Ground  in Antigua.

Andre McCarthy and Odean Smith are the other Jamaican players in the squad.

The One-day series comes on the heels of the “Test” series which West Indies “A” swept 3-0, bringing.

Commenting on the "Test" series Chairman of Cricket West Indies Selection Panel, Courtney Browne said, “the ‘Test’ side had an outstanding series, and the panel would like to congratulate the team and coaching staff for a stellar performance against the English.

“The ‘Test’ squad reflected the majority of those players that have been with our WINDIES ‘A’ programme for the last 18 months or more, plus some senior Test team players that needed to make justification for further senior Test match consideration. This allowed us to put out a strong squad against the England Lions.”

On the forthcoming One-day series, Browne said: “This WINDIES ‘A’ One-day squad has a few new faces and these players have been identified based on their Super50 Cup performances. We are now looking forward to similar performances from the players in the One-day series that are worthy of challenging for senior team slots.

“Our performances in One-day Internationals at the senior level have not been consistent for a number of years now and we need to start identifying players that can help us to become a more consistent ODI team.”

On the new players in the One-day squad, Browne said: “Hodge had a very good all-round performance for his franchise which helped them to win the Super50 Cup. His ability to bowl up front with his left-arm spin bowling is an asset and his very capable middle-order batting brings a good dimension to the squad.

“Chandrapaul Hemraj looked promising with the bat during the Digicel 4-Day Championship and Super50 Cup, so he has been given an opportunity to stake a claim for one of the opening positions, where we’ve lacked consistency in our international cricket.

“Romario Shepherd, whose ability to bowl with good pace and control in the Power Play, gave him the nod over other contenders, and Keemo Paul was an ICC Youth World Cup winner with our Under-19 squad two years ago and has progressed nicely, plus his ability to swing the new and old ball along with his athleticism in the field adds good value to the squad.”