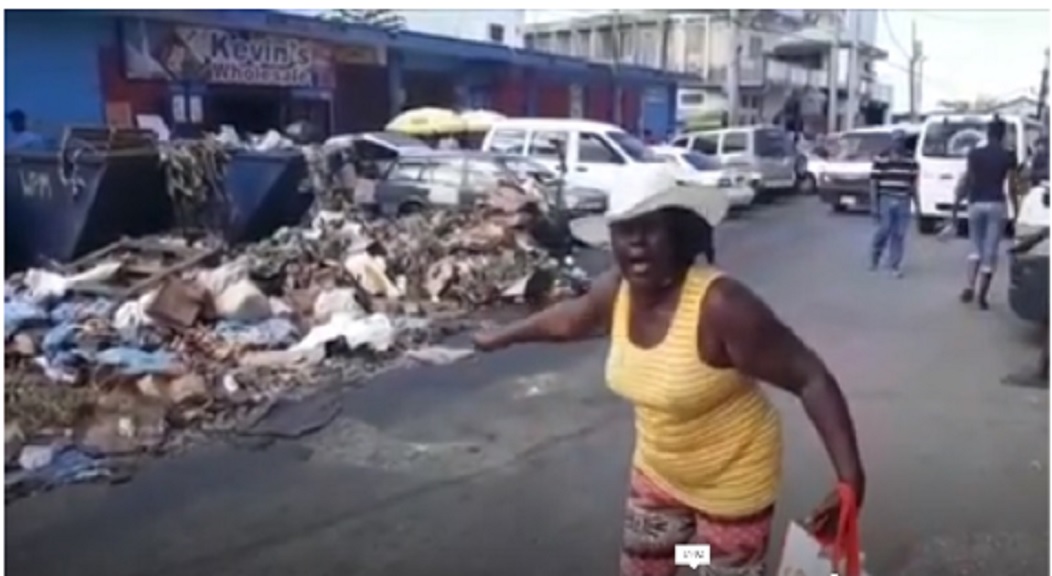 A concerned citizen outside one of the points of interest that led to the closure of a food business in Montego Bay last week.

Chief Public Health Inspector for St James, Lennox Wallace, has disclosed that two of the three food establishments in the parish that were ordered closed by the St James Health Department last week, have since been reopened.

Wallace said between the months of July and September this year, some 27 such establishments were ordered closed as a result of breaches of the Public Health (Food Handlers) Regulation.

Speaking in Montego Bay late last week, Wallace said: "The last quarter - July to September - we would have closed 27 food handling establishments. This (last) week alone we would have closed three-two in the city here and one in Anchovy, St James. Two have since been reopened and one is still closed."

He noted that the compliance rate among resort operations has been quite high in the parish.

"I am happy to say that as far as our tourists businesses are concerned, we are 95 per cent in compliance, and the five per cent is not because we have closed them, but licence would have expired, re-application would have been made, and we would have ensured that the process for certification has begun," he outlined.

Supermarkets, wholesales and grocery shops were also said to be over 80 per cent compliant.

Wallace warned that the health department will be vigilant throughout the Christmas season, to ensure compliance.

"We know that especially this time we consume more in the Yuletide season. Persons who we did not know were butchers, suddenly become butchers. Persons who we would see in different facilities, customer service, etcetera, become restaurateurs all operating outside of the law. We are not here to close and to prosecute; we want to ensure that all persons operating, operate in compliance with the laws that now exist," he outlined.