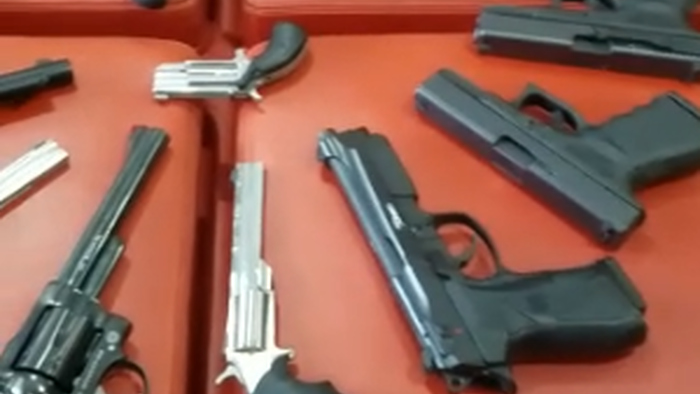 Members of the island's security forces seized a total of 24 firearms and 319 assorted rounds of ammunition during operations carried out across the island over the last six days.

According to the police high command, the latest seizure occurred on Sunset Boulevard in Montego Bay, St. James on Friday, September 28 – two firearms and 26 cartridges were seized and five men taken into custody.

Reports are that between the hours of 5:30 a.m. and 8:30 a.m., a joint Police/Military team was conducting operations which led them to a property that had five males present.

The men were subsequently arrested. Their identities are being withheld pending further investigations.

During another set of operations on Thursday, September 27, police seized five firearms and 42 rounds of assorted rounds of ammunition.

Police said the latest set of operations that to the seizure of the 24 guns began on Sunday, September 23.

According to Deputy Commissioner of Police (DCP) Selvin Hay, firearms seizures have occurred at a rate of two per day since January, while about 34 rounds of ammunition are seized daily.

“This represents numerous lives that have been saved by the work of the Police who lessen the ability of criminals to carry out their nefarious acts. This is just one of the ways the Police act as a force for good in the lives of Jamaicans every day,” he said.

Police high command has since come out to commend members of the island’s security forces for their efforts to rid the nation’s streets of illegal guns and ammunition.

10 guns, including rifles, seized within 10 days in Westmoreland