23 things you'd know only if you went to Kingston College 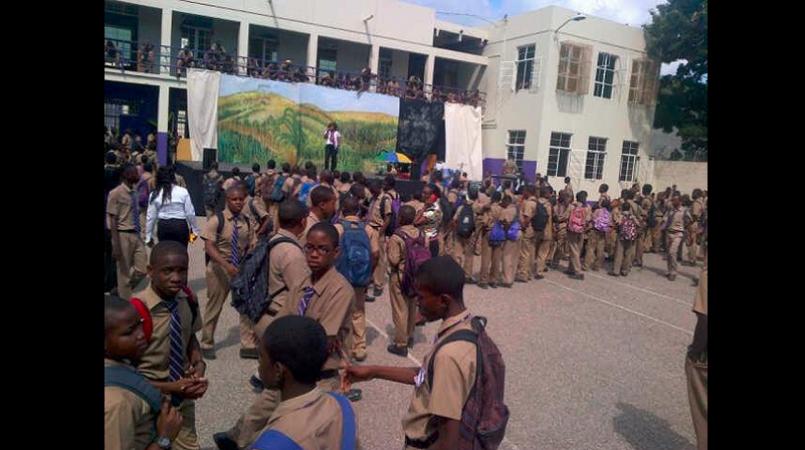 This familiarity is not because of any widespread knowledge of Latin in Jamaica, but rather due to how familiar Jamaicans are with North Street, downtown Kingston-based secondary education institution, Kingston College (KC).

It's a popularity driven by the school's rich history and an unmatched alumni spirit against the background of it's Latin motto -  shortened "Fortis" - which stands for  'The Brave May Fall But Never Yield'.

KC alumni shared with Loop News' School Daze that their days at the institution were arguably the most fun time of their lives. These great memories contribute to a vibrant school spirit.

This list won't apply to every former Kingston College student throughout the school's history. But, if you graduated in the last 15 years (or more), you're likely to identify with at least a few things on the list!

Here are some things you'd know only if you attended Kingston College:

1. Loooooong devotion sessions in the chapel with Father P

2. ... Absconding those loooong chapel sessions by staying at downtown or Cross Roads late that morning

3. Reading about the school's history in 1st form instead of the usual Caribbean history

6. Being stoned on the 4th form block by Holy Trinity students

7.  Pearl and Barry: Jumping the school wall – or under the wall - to go to "Pearl" to have lunch. ("Barry" for the younger College men)

9. Pool ball game: The only use of the former swimming pool area is to play football

10. Money football: Played with fudge sticks and coins at the Pavallion during break time.

11. The famous Hardie House: It was mostly a historic house but was typically used for lyming.

12. Mr Bryan: Wore his cane as an accessory. If you never got whipped from that stick, you weren’t initiated properly as a College man.

13. Ivan “Wally” Johnson: Wally was never appointed principal. He served as VP until his death. But no one really cared because he was the “boss of all bosses”.

14. There were people with imperial skills like the man (Mr Chen-Suey) who could levitate.

17. The Zoo - This was the name for a certain all-girls school nearby

19. Miss Douglas and the famous clap

21. The Apostle’s Creed – Had to do this every morning at devotion

22. ‘Table tennis’ – When teachers were absent, we would play this game, with the net being an arm stretched across the desk. Hard cover books would act as racquets.

23. Cloverly Park – The name of the North Street campus