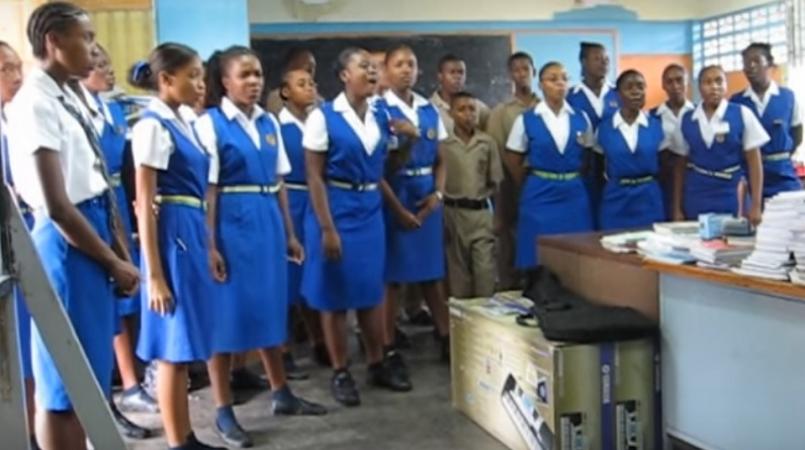 The institution, among the oldest in Jamaica, was founded by Frenchman Martin Rusea. Rusea, who was forced to leave France because of religious persecution, bequeathed all he had in his 1764 will towards the establishment of the school in Hanover as a gift for the kindness the people of the parish showed to him.

The school, which now accommodates more than 2,000 students, is perhaps best known for its achievement in sports, particularly its 10 titles in the rural area schoolboy daCosta Cup football competition. But that's not all to love about Rusea's, as the institution boasts outstanding achievements in academics as well as an overall fun environment that has produced long-lasting great memories for alumni.

Rusea's past students told Loop News' School Daze that their days at the school were the best of their lives.

This list won't apply to every former Rusea's High student throughout the school's history. But, if you graduated in the last 15 years (or more), you're likely to identify with at least a few things on the list!

Here are some things you'd only know if you attended Rusea's High School:

1. Rusea’s has the only Yankee stadium in Jamaica

2. The school was built upon a “rock” as the school song says.

3. It’s the only school where you can watch a Dolphin show

5. When Ms Baxter comes around, 'hot girls' - with short uniforms and extravagant hairstyles - would disappear

7. Current and past students are “Ruseans”

10. Mr Fernandez really was a Math teacher because his English was way off.

11. Rusea’s has among the best footballers in Western Jamaica

12. Attending Rusea’s would also make you discover “Grave Yards” where people’s headstones would just pop up beside changing rooms and class rooms

13. When you desperately need a new pencil or pen, or you have a sweet tooth, don’t panic because Ms Data full of stationary under the stairs and Ms Safdie has sweets and chocolate in the girls’ bathroom

14. When 7C class of 2001 got punished in the most embarrassing way - students were lined up and beaten during a general devotion

16. Ms Baxter knows how to rock a good outfit, which she never repeats. Every Friday we could look out for a fashion show as she walked the corridors like it was her runway

17. Everyone knows that during Social Studies class, the late Ms Bennett would control the class with goodies that she sold during class time.

18. You dare not learn in Science class when Ms Stewart was your teacher. Because, if you say you don’t understand and she must explain further she’d say: “students what’s there not to understand?”

19. Mr Nelson aka Ribena hands down is the greatest bio teacher ever to walk Rusea’s grounds. He never attended class with a text book because he had everything stored in his big head, or perhaps big belly.

20. When you want to learn the Sciences or life in general, just check Mr Carham, the Rasta teacher - he teaches you life lessons in the real Rastafari way.

21. The original top school is located a stone's throw away from a former English Fort and garrison by the name of Fort Charlotte